What Are Some Most Important UNSPOKEN Rules In Life?

Do not have sex with your friends!

1. The best way to remove unwanted friends or family members from your life is to lend them money.

2. Never assume you fully know someone. People have a habit of changing when you least expect it.

3. Always remember the one trait all humans share is that everybody always “wants” something!! Nothing is free.

4. It’s wonderful to be a “nice” person and to be loving and giving. Just don’t be a doormat.

5. If you are a man, anytime you think you have gotten the “last word” in an argument with a woman it is really just the first word of the next argument. Just concede. It’s not worth it.

I am assuming that the reason they would be unspoken would be because they are practical rules most of us do not want to admit are true. 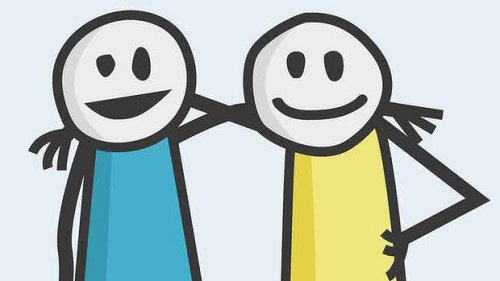 Don’t have sex with your friends. If you want to remain friends with them. DON’T.

Don’t have sex with your friends’ exes. If you want to remain friends with them. DON’T.

Try your hardest to not have sex with your co-workers. It has to just happen.

Very rarely can you be friends with your exes after a relationship. It sucks, but it causes more trouble than it’s often worth. Someone always has lingering feelings.

A lot, A LOT of people marry for not love nor passion at the forefront and still end up decently happy. NO ONE talks about that.

A lot of people cheat.

NO medical procedure is guaranteed. Anytime you go under (put to sleep by medication) there is even a chance you won’t wake up. Even the smallest surgery could have repercussions. Doctors will not tell you this though, because they don’t want you to freak out. Doctors will even lie to a patient and their family to hide the fact that a procedure is riskier than everyone thinks. And doctors and nurses and other staff mess up, but they will never admit it, unless they really have to.

Your parents will never give in or get better in the way you want them to behave. At a certain point, every kid just accepts that. Case in point is politics. So don’t get too bent out of shape.

Money is replaceable. Experiences are not. Obviously don’t be an idiot and spend ALL your money all the time.

Everyone talks behind everyone’s back.

But it’s best to assume everything everyone tells you is a secret. Especially in the work place. And know when people find out you don’t gossip they’ll tell you more and more stuff. And the really juicy stuff. So even though everyone else gossips, try not to do it.

Life isn’t fair. Case in point, all the people that are starving or in constant war zones.

Straight, white men have privilege and preference in just about everything.

Rich people also have an unfair advantage in everything.

This one is controversial but true and usually a person’s best kept secret. If you are really good at sex. Like the best anyone has ever had, you can strongly control and manipulate someone to great lengths. And it will always be a secret form of power, because no one will talk about it.

Chivalry, manners and professionalism will get you further than being a cocky punk.

Something’s gotta give. IN EVERYTHING IN YOUR LIFE. Career. Love. Family. Friends. You can’t have it all. The percentage of what gives in each area of your life changes as your grow older. Sometimes naturally, sometimes at your own accord. Don’t fight it. Things are meant to shift and change. Very hard thing for a lot of young people to grasp, but it’s almost never spoken about until it’s already happened. So and so gets married and doesn’t hang out with their friends anymore. So and so works 80 hours a week and never sees his family.