What Is The Cutest Thing You’ve Ever Seen A Dog Do?

This is Mugsy, our basset hound: 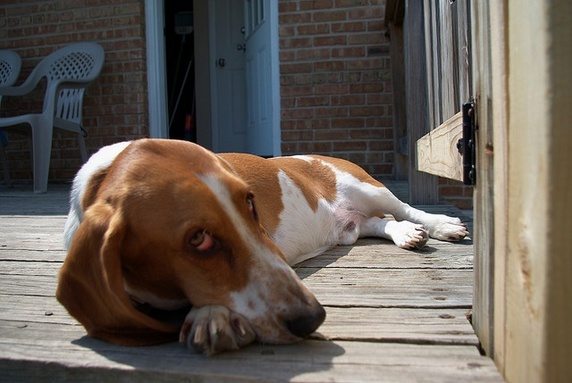 He is a very good dog, happy and friendly, but not the smartest fellow you’ve ever met.

One snowy winter day we were out for a walk. As dogs do, he’d hold a paw up for a few seconds when it got to feeling too cold. At one point, he held up his right front paw, set it down, held up his right rear paw, set it down, right front paw again, and then a moment of concentration and… he tried to lift both right paws up at the same time, and tumbled over sideways into the snow.

I laughed and laughed. He popped right back up, shook himself off, and romped off to play more in the snow.

Our dog Lyla is too sweet for her own good. She whimpers when we squeeze squeaky-toys because she thinks we’re making it cry. But… She still likes playing with the toy! Especially one particular squeaky tennis ball. So she’ll grab it delicately in her mouth, and start to play very gently. 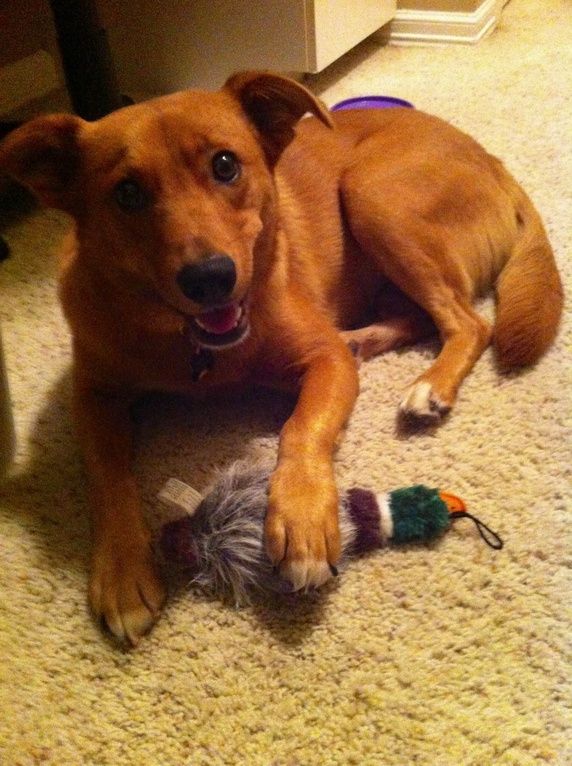 One time, she got carried away and started to toss around the tennis ball and catch it in her mouth. Then she got REALLY excited and accidentally bit down — making it squeak. She IMMEDIATELY dropped the ball with a stricken look and whimpered miserably. She proceeded to pick it up gingerly in her mouth like it was a puppy, and carried it back to her kennel to lick it back to health. 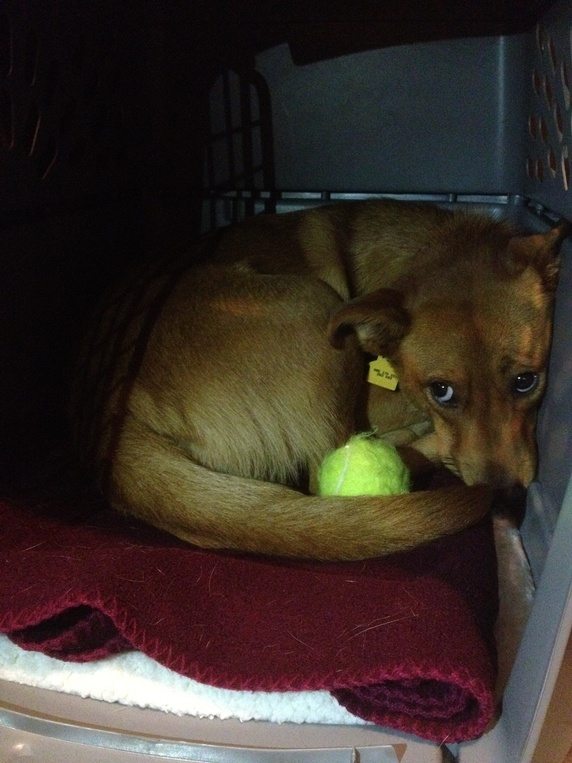 My dog plays hide and seek. 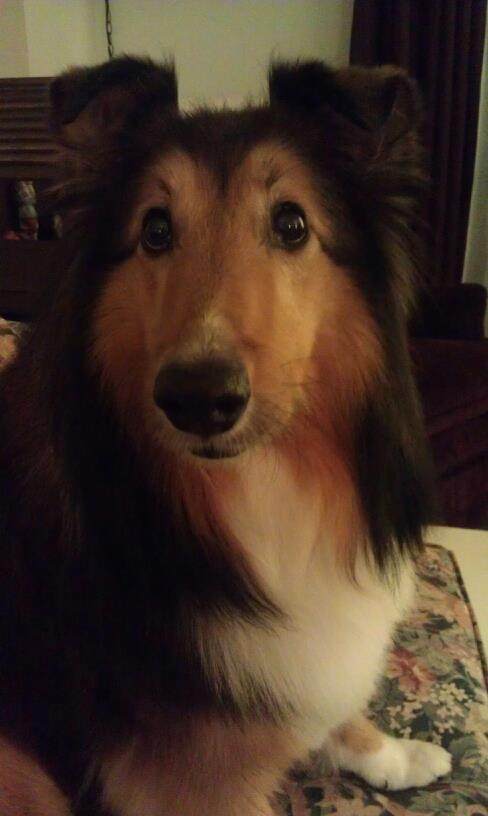 This is Ashley, our Sheltie. They are herding dogs, and we’ve noticed in the 12 years we’ve had her that she treats us like her sheep. She will periodically roam the house to make sure she knows where everyone is. For instance, if my dad is walking through the house, Ashley will follow him until he stops somewhere. You can see where this is going.

One day, my sister was playing with her and throwing one of her toys inside the house. She threw it and while Ashley was running to get it, my sister ran and hid behind a chair. Ashley came back with the toy, didn’t see my sister, and started roaming the house searching for her. She didn’t stop until she found my sister behind the chair, at which point she started barking to let everyone know she’d found her lost sheep.

Over time, she’s gotten pretty good at it. She can find us behind chairs, behind doors, and anywhere in our bedrooms. We’ve even hidden in the bathroom behind the shower curtain before and she still manages to find us after a little while. She’s a pretty smart cookie, so she learned quickly to be wary of people hiding when they throw a toy. We love her to death and couldn’t ask for a better dog.

This ranks up there in my set of puppy photos – she was about 12 weeks old and would get tired out on her (short) walks. This was her passive aggressive way of saying ‘I’m done’. 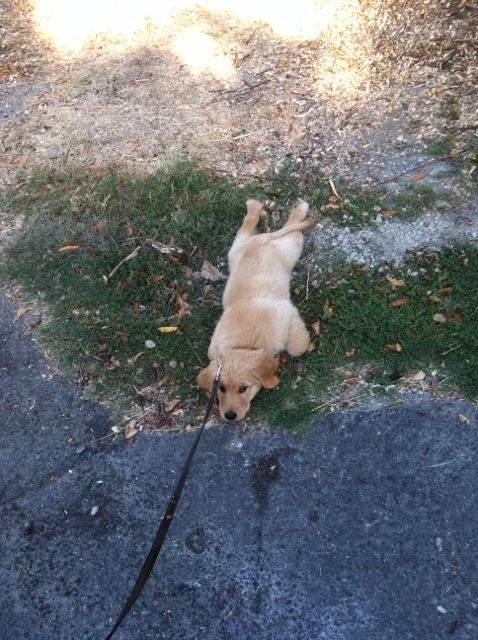 Also this, from about 10 weeks old – my husband saying good bye in the morning. She came and sat on our feet so we’d stay put. 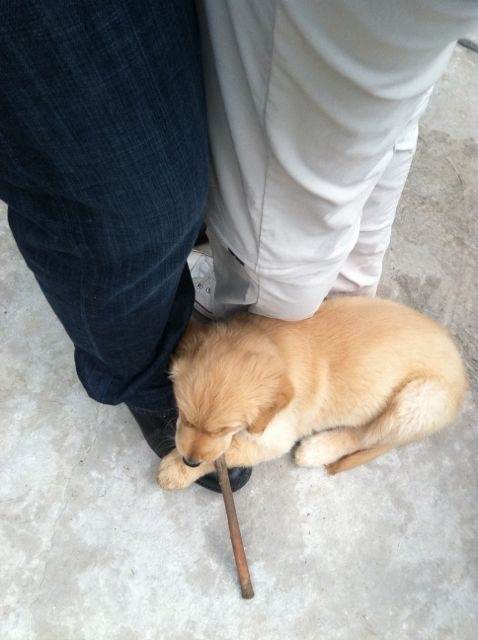 This isn’t my dog, so if the owner (Jessica Shyba) sees this and wants to be the original owner of the post, I will gladly delete mine and defer to her. :) I just thought this was way too cute not to share!!!

This family got a puppy from an animal shelter, and while they were trying to teach him to sleep in his crate, they couldn’t bear to hear his crying through the night. On the 3rd day, Theo (the puppy) fell asleep on Beau (the baby boy in the family) during his afternoon nap, and it was unbearably cute: 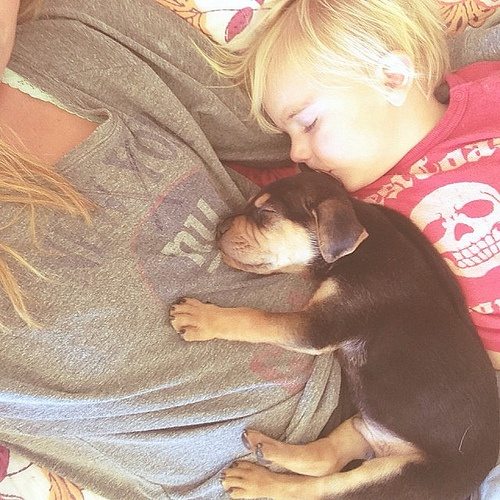 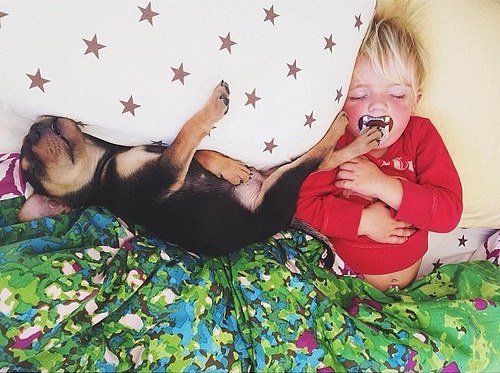 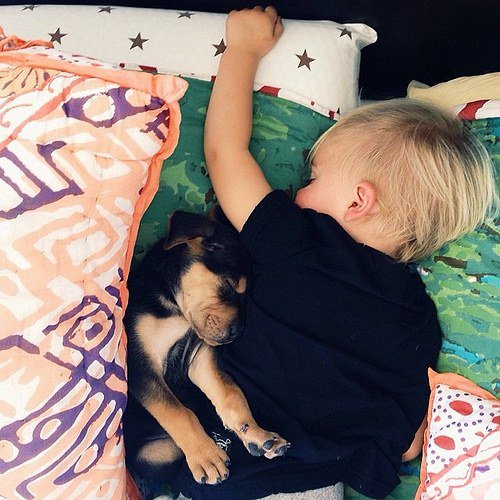 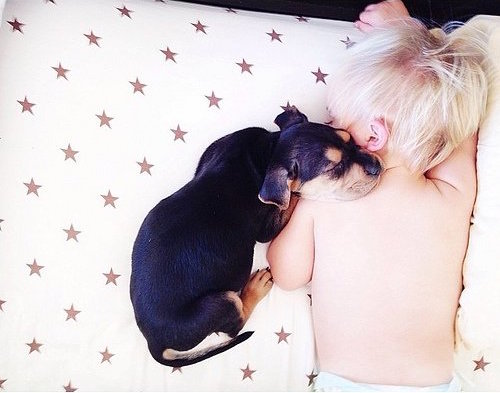 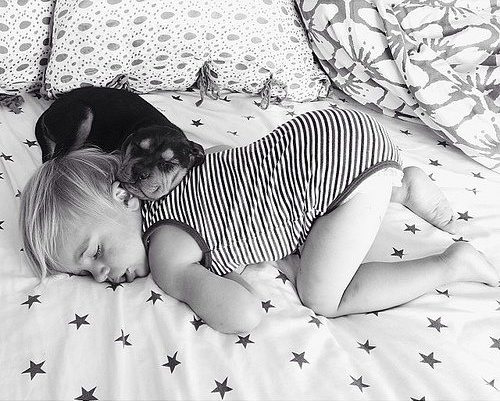 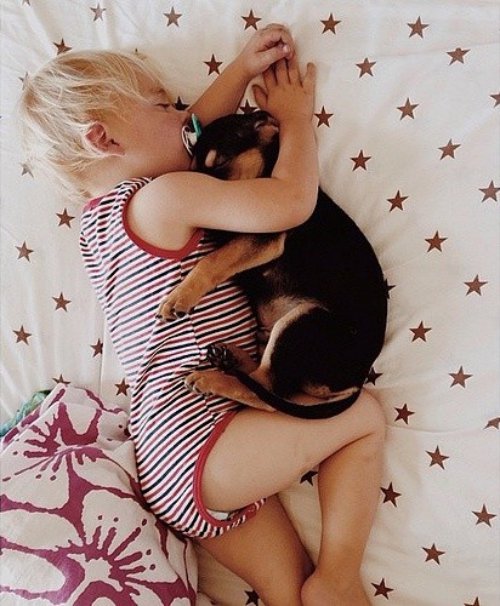 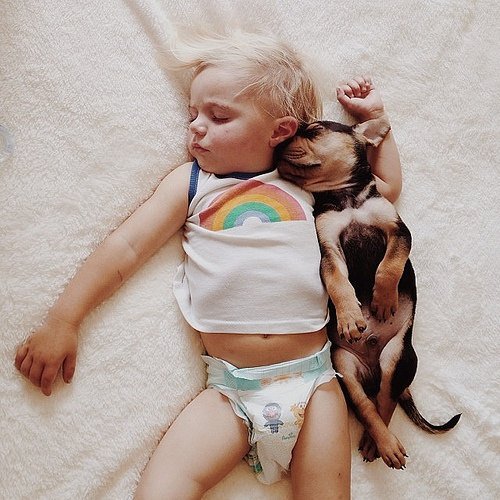 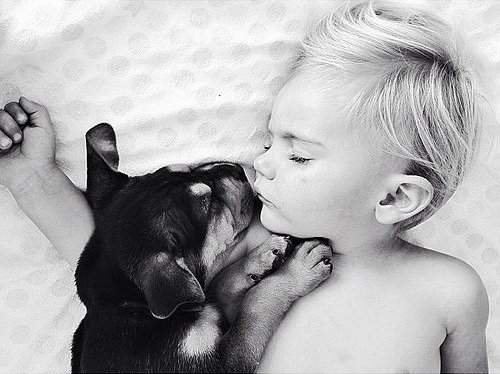 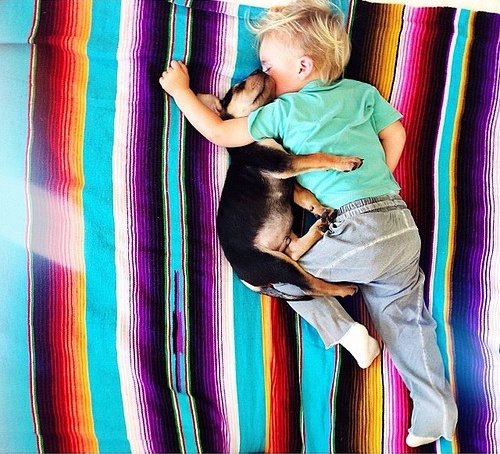 Why Did They Kill Zoo Animals During the War?
How Many People Use Facebook?
Has Anyone Ever Died from Secondhand Smoke?
What Is The Most Badass Thing Your Parent Has Ever Done?