What Is The Proper Response To Having Your Butt Slapped By A Stranger In Public? 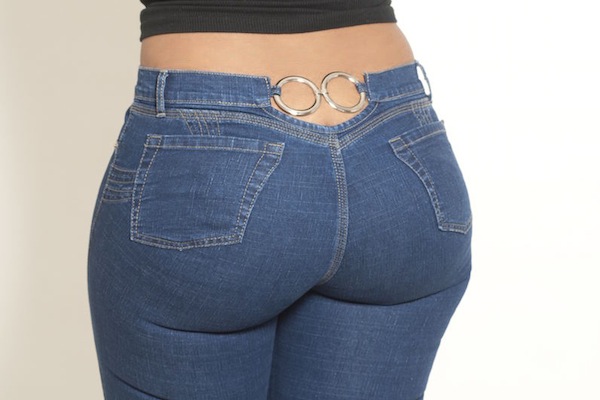 A few days ago, somebody grabbed my very dear friend’s butt in a jam packed railway station.

Please bear in mind that:-

It was evening and the sun was shining brightly.

She was wearing a Jeans & a Full sleeved long top.

There were no traces of intoxicants in her blood stream.

While walking quickly towards the honking train, a hand came out of nowhere with full strength, and not just slapped but grabbed her butt, squeezed it and went.

A little background about my friend. She is 5 feet 8 inches and in GREAT shape. She literally has muscles and even the boys in our class are terrified of her since she is so darn strong. She is the type of person you go to when you can’t open a jar or a bottle or anything which is tight. But, when I asked her,

“What did you do when that happened?”

She tells me with regret;

“I froze. Right there. He was too strong for me.”

Nobody was ever “too strong” for her.

When somebody is harassed, they have a tendency to freeze because perhaps their mind isn’t able to process what is happening to them. Usually, such cases are very brief and quick but they leave a lasting scar on the victim. Now what shocked me was how, my strongest friend didn’t turn around and kick, punch and slap the living daylight out of that pervert.

But ideally, if you are stuck in a situation like this:-

1. Be quick to react. Of course, you will initially go into shock but after you retrieve go after that person.

2. Scream. Yell. Tell the whole wide world that you were a loud baby. Demean the person. Scream assault. Draw attention towards what happened.

3. Then, go behind that pervert and literally kick his behind. Make sure that you know that he was the pervert. Don’t go behind an innocent guy. Then, give him a nice kick on his other behind from my side. Don’t worry, he won’t assault you again because now, you probably would have caught the attention of numerous passerbys.

4. Don’t leave him like that. Take him to the police station with you. This is to ensure that these offenders and perverts don’t live in an illusion that they can get away by doing such heinous activities.

5. Trust me when I say this, if you are in a crowded place, the entire crowd will unify against this rotten specimen and teach him a lesson he deserves.

6. Do not follow the path of “Ahimsa” (non violence), peace and forgivenesses before giving him a slice of his rotten toppled pie.

Please remember, it is your body. If anybody and I mean anybody tries to do anything inappropriate and without your consent, you have every right to take action against him.

I’ve had it happen actually.

I don’t know if it was the proper response, but my personal response was to grab them by the collar, pull them in very close, and calmly and clearly say ‘if you touch me again, I will break your fucking fingers, understand?’

I don’t know if any of you know what my voice sounds like; suffice to say the incident wasn’t repeated.

My mum, in the local corner shop, once had a man slide his hand right between her legs. She grabbed the hand, held it up high, and yelled “Does this belong to anyone? I just found it on my crotch!” Everyone in the shop turned and stared at the man, who went beetroot red and scuttled out of the shop very fast.

My mum is awesome.

I talked to Mum, and it turns out I’ve conflated two similar events. She actually did this to a man on the Tube who grabbed her backside.

The man in the shop got a different, but similarly quick and hilarious response. Let’s just say my Mum is a lot fiercer than she looks!

Ice Hockey One Punch Knockout
What is a Group of Giraffes Called?
17 Funny Tweets From 2017 So Far That’ll Make Canadian Laugh
Which Country in EU Has the Largest Population?