Well, the fumes from the DVDs might be toxic and I've still got your money, so by all means borrow my lighter. pic.twitter.com/kVoi8VGEoK

Guess it's true what they say: you can lead a girl to books about the rise and fall of an autocrat, but you still can't make her think. pic.twitter.com/oB7Aq6Xz8M

.@UTG_manchester I remember you vividly. You left without ever telling me why. Still hurts.

.@DynamiteTom Gosh, no, I've got several million women sitting beside me. pic.twitter.com/hd41WsW2zN 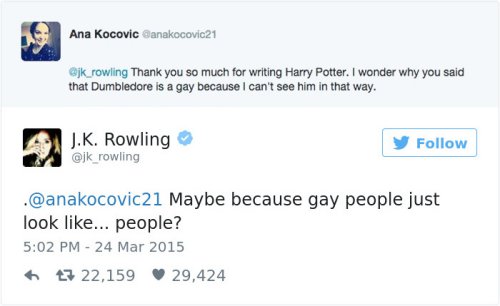 .@Lukekocura I'd type a longer retort, but these diamond buttons really hurt my fingers. pic.twitter.com/RJ19nIMd94

Lady, if you think the deaths of vulnerable African women are a suitable subject for a pussy joke, you'd better hope there's no hell. pic.twitter.com/PYhAKD0eFG

He. Is. A. Terrorist. Not. A. Lone. Wolf. pic.twitter.com/OO3qDGhzwr 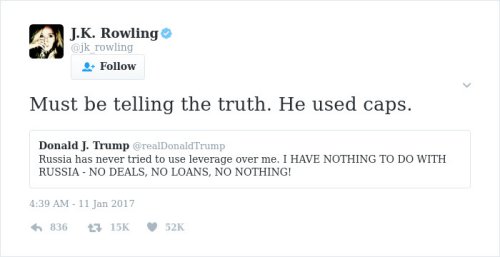 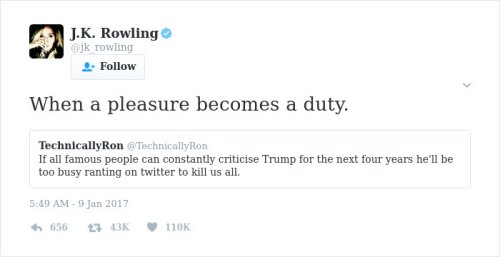 .@aboymadeofsky No, Jonathan, I've never made a single decision in my life on the basis of whether it was cool.

Unless you're actually a hooded chihuahua, I'm pretty sure I win on the 'not hiding' front. I quite like 'old whore', though. #Shakespearean pic.twitter.com/0pIEVfrGn7 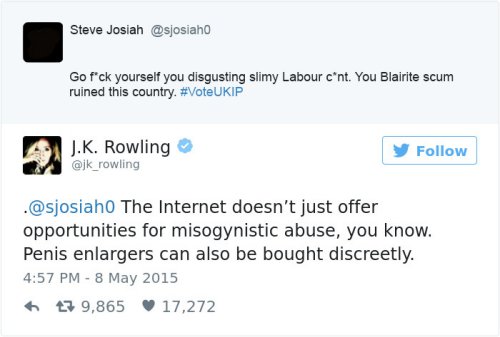 Try sounding out the syllables aloud, or ask a fluent reader to help. pic.twitter.com/K1j19EIU5f

If the worst they can say about you is you're an OPENLY GAY EX-OLYMPIC FENCER TOP JUDGE, you've basically won life. pic.twitter.com/j8tUTjODuP