What Is The Creepiest Thing That Society Accepts As A Cultural Norm? 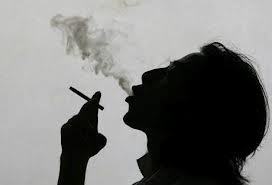 It is not just a social norm, but in certain social groups, it’s a requisite to being included and is considered cool by many:

The dangers of smoking are well-documented and beyond dispute. Even then, governments have failed to ban the commodity, and it’s not just because of the lobbying power of Big Tobacco, but because society, by and large, accepts and even encourages smoking.

Despite (admittedly lame) anti-tobacco laws, tobacco companies continue to make huge profits, because people still smoke. And not always voluntarily, but under huge social pressure to do so.

I realize that smoking is coming under some negative social pressure these days. However, my problem is that not enough people actively denounce smoking. My problem is that too many people think it to be normal behaviour. And despite knowing what we do about its health effects, as of this day far too many young people endorse it.

This is also creepy because so many people die each year (Passive smoking ‘kills 600,000′) due to passive smoking. 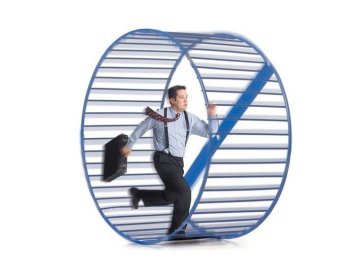 Very commonly misrepresented as building a career, the rat race is one of the most widely accepted and lauded social constructs. This comes from having very institutionalized education and career norms in most circles.

There is a perception of certain jobs as ‘good’, and the notion that the salary is worth it and will buy you happiness is a strong one as well, leading many very intelligent people with a privileged education to work for the best years of their lives in dead-ended jobs they hate.

My problem is the fact that the set notion of a good career, of having a well-paying white collar job, and multiple glorious degrees under your belt is the one big thing that is encouraged in post-college social circles. This just gets worse when you start working, the focus shifting to get promoted, working even more, sucking butts and thus, degrading yourself further.

Few people care about what they really want, and even if there is a vague desire to follow one’s passion, it is easily diluted by multiple distractions created by this social more. And one day, before you know it, you’re too old to achieve anything meaningful. 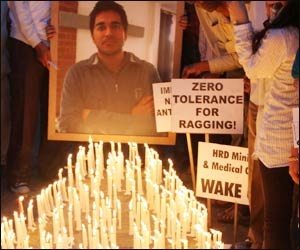 The worst of human nature, enabled by power gone totally corrupt, comes out when freshmen in colleges are humiliated by their seniors.

The most terrifying stories I heard as a freshman in my college were about hazing. Slapping, forced stripping and other acts of sexual harassment are inflicted by a group of people barely older than its victims, just for kicks. The reasons popularly given are that these things help people bond, that it makes you tougher, and that it is tradition – you must go through it because I did.

It is a very integral part of college life, and is preserved as an important breaking-in ritual.

The biggest problem I have against this (apart from the humiliation, pain and trauma that it causes) is that it has directly resulted in student suicides in India. Nothing about this tradition can justify the loss of young life.

Came across this disturbing piece of information yesterday on various news papers. I had to read, re-read multiple times to make sure I was getting it right.

The man hired to have sex with children 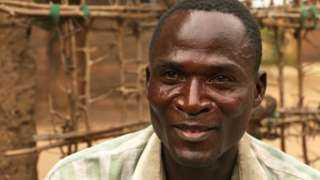 In some remote southern regions of Malawi, it’s traditional for girls to be made to have sex with a paid sex worker known as a “hyena” once they reach puberty. The act is not seen by village elders as rape, but as a form of ritual “cleansing”

Aniva is by all accounts the pre-eminent “hyena” in this village. Teenage girls, after their first menstruation, are made to have sex over a three-day period, to mark their passage from childhood to womanhood. If the girls refuse, it’s believed, disease or some fatal misfortune could befall their families or the village as a whole.

Aniva tells me he’s one of 10 hyenas in this community, and that every village in Nsanje district has them. They are paid from $4 to $7 (£3 to £5) each time.

The article further gives views of the custodians of the tradition who believe : “We have to train our girls in a good manner in the village, so that they don’t go astray, are good wives so that the husband is satisfied”

When concerns regarding spread of STDs are raised, the custodians simply deny the possibility as they believe the hyenas are people of high character and morals and thus such a threat never exists.

However, when Aniva the hyena being interviewed is questioned about whether he is HIV +ve, he sheepishly responds:

he is – and that he doesn’t mention this to a girl’s parents when they hire him.

The article gives insight into so much is so horribly wrong with the world.

Come to think of it, this is just one such horrendous norm that happened to surface and make it to the news papers. Who is to say how many other things remains under wraps and how many young souls, merely aged 12–14 live their worst nightmares.

Irony being, these girls have no escape, no one to go ask help. Their elders and parents are the ones pushing them into sexual abuse under the pretext of “cleansing”

HIV is being spread openly, knowingly and shamelessly! The man in question consciously remembers bedding about a 104 women/girls though he clearly seems to have lost count. He also has no idea how many teens he may have impregnated.

I could barely put myself in the shoes of those unfortunate girls while struggling to finish reading the article. Thinking about how they live their lives under such ignorant culture gives me chills. Shame on such a society.

The very idea of paying dowry to someone to marry them is creepy, setting prices for each candidate, negotiating with the parents, and then receiving your marital rights (sexual rights) only after you’ve made the payment! To me that’s degrading and insulting to both parties, I can’t see what makes it different from prostitution (big downpayment, longer term prostitution)

What makes it further ridiculous is that in some cultures the groom pays for the bride while in others the bride is the one who pays, so it’s just a matter of geographical luck whether you can buy or be bought, and the “price” is decided based on certain factors including beauty (for brides), social status, career, and potential to make money (for grooms)!

But that’s not the creepy part yet, check this out:

The caption of this screenshot says:

“She cooks the iphone with the brownie and yet she receives 10,000 Dinar for her dowry” 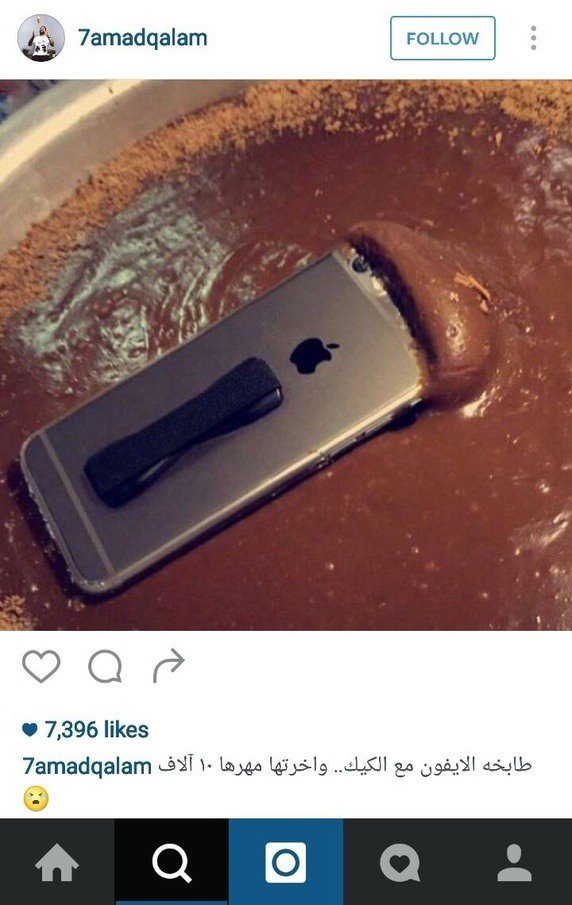 So not only it is an acceptable as a social norm, it’s actually acceptable that the wife’s cooking abilities should define the amount of her dowry, which makes it sound like the groom is paying to get himself a lifetime maid!

Unfortunately, I think that those +7000 people who found the joke funny are men as well as women, almost no one finds the idea awkward as it is a social norm.

Proponents of these events contend that they encourage close and deeply affectionate relationships between fathers and daughters, thereby avoiding the premarital sexual activity that allegedly results when young women seek love through relationships with young men. 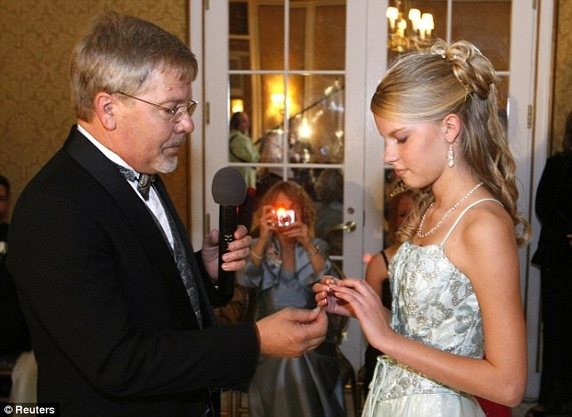 This photo isn’t a wedding. That’s her father. She is swearing to him that she will keep her hymen intact until she marries. The ceremony gives her virginity to her father to “cover and protect”, and some are even asked to accept daddy as the only “boyfriend” she will have until she weds. She receives a ring that resembles a wedding ring.

The photo sessions that have stemmed from this practice are, shall we say, unusual. Not a smiling face to be seen. 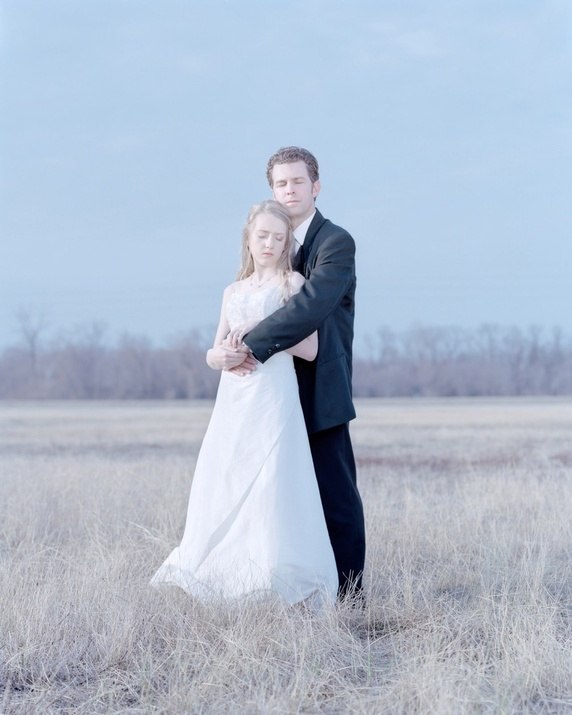 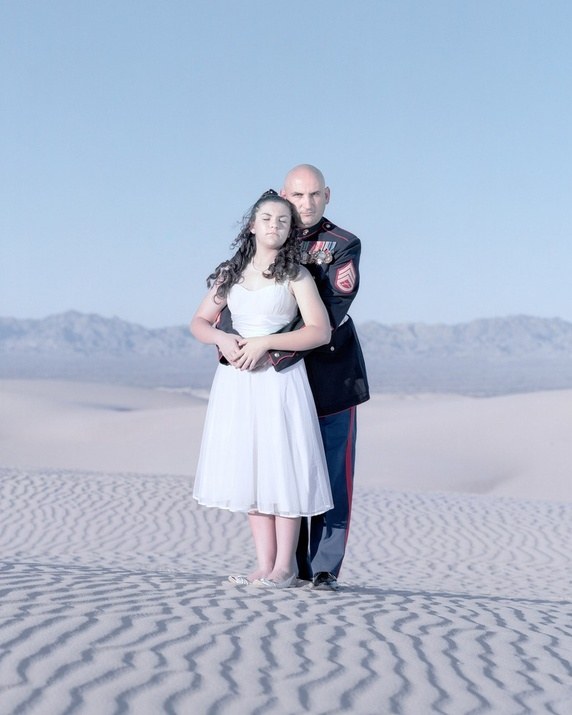 There’s a sizable segment of the American population that sees this as not only the norm, but as desirable. These ceremonies have increased in popularity in the last decade.

“This is not a cultural norm in the US”: This is one of the more extreme examples of the cultural norm that hold women’s virginity to be something “sacred” while a man’s is not considered important at all. It is common in some subcultures and regions within the US; it’s completely unheard of in other parts of the country. I know a number of people who have taken part in some form of this ritual.

We unfortunately still have a large percentage of our young women being raised to believe that virginity is something that can be “lost”, is somehow “the most important part” of themselves, and that having sex makes them like a “used tissue” or “already chewed gum”, in other words, used goods consigning themselves to the clearance rack by way of their bad choice. While not all are asked to take part in purity ceremonies, the myth that a woman is somehow less if she doesn’t remain virginal until she marries is still extremely pervasive.

Just 16 Really Pure Parents Who Will Make Your Day 200% Better
Marcy Playground – Sex and Candy
Man Hit By Train
What Is It Like To Be A Geek In A Prison?