22 Of The Best Tweets From Super Bowl LI 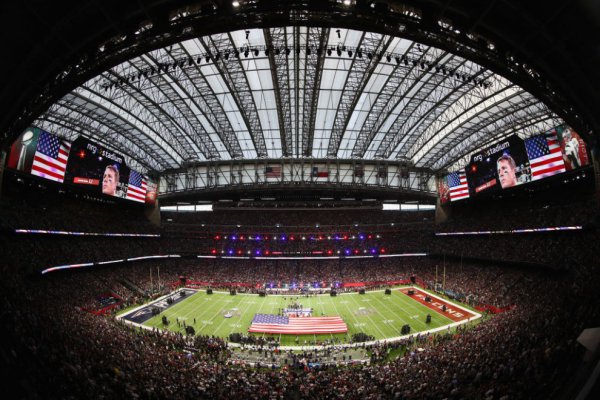 Tom Brady: All you need is a 2nd half comeback

"Get up Tom!" #Superbowl pic.twitter.com/qA9OrQfsm7

ADVISOR: u going to Trump's Inauguration?

Me jumping to conclusions pic.twitter.com/CVdnX6rJ7D

When ur halfway through a test and realize ur gonna fail pic.twitter.com/PXNuxUWyds

My falcon on my farm must have had a premonition His friends are doing very well today#TMobile pic.twitter.com/bSjnrsZ7E5

If I could get a bowl of pizza… now THAT would be a super bowl!

“If you look closely you can actually pinpoint the exact moment his heart breaks in two.” #SuperBowl pic.twitter.com/20FGKFYv8s

I wish I trusted anyone as much as @ladygaga trusts those suspension cables helping her fly through the air.

This guy with the only message that matters on Super Bowl Sunday pic.twitter.com/QF3AekFAh7

Me watching the Patriots comeback pic.twitter.com/yxd6kWSu0x

anyone: who do u think is gonna win the super bowl?

When you're mad the Super Bowl has been a blowout but then realize the Patriots are the ones losing. pic.twitter.com/h7pdxKUSn7

Tom Brady: "let them go off first 3 quarters then show them why y'all Super Bowl Champions " pic.twitter.com/TeFeiwAKai

20 TV Couples That Honestly Should Have Never Happened
The World’s Largest Gathering Of Humans
Is There a Link Between Body Hair and Intelligence?
Was the First Porsche Electric?