What Animal Embodies The Most Physical Prowess In A Variety Of Physical Skills? 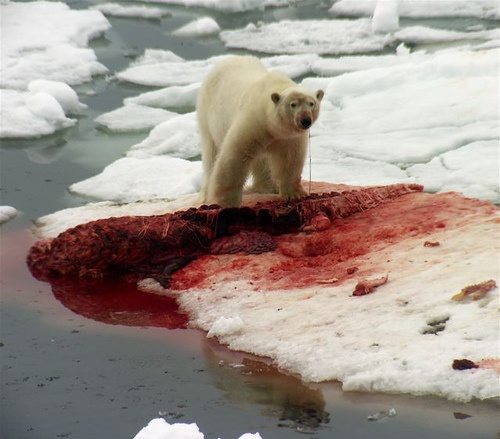 They are the largest land predator, about twice the size of a Siberian tiger, between 700-1500lbs.

They are incredibly aggressive, and when humans are walking around in Polar Bear land, it is typically required to walk around with a large caliber rifle in order to protect yourself.

Polar Bears are also not scared of you, or any other animal, and will frequently walk into human camps to see whats going on, or to eat you.

Polar Bears can swim. Really really well. About 10 km/Hr, or 6 MPH, and have been spotted up to 200 miles from a shore line. Yes, you read that right, two HUNDRED MILES. 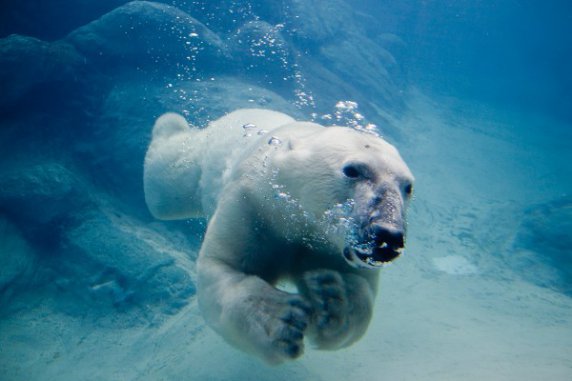 Oh, and did I mention that they are invisible to infrared cameras because their fur and skin is so insulating? Not even the freaking PREDATOR could find and kill one! 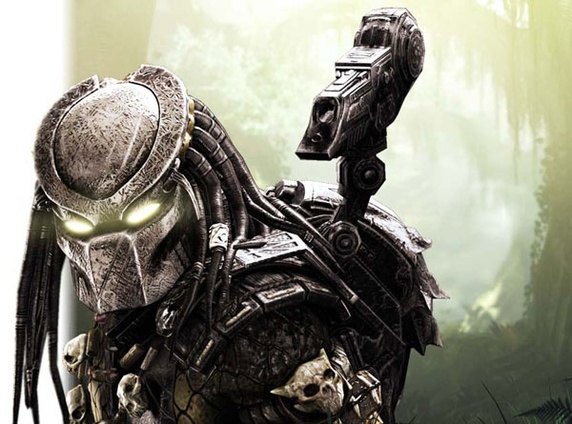 I murder space Marines and aliens, but could never kill a Polar Bear.

Finally, they have a greatly honed sense of smell, and can detect seals up to 1 mile away buried in 3 feet of snow.

Also, The Oatmeal has written a comic about them, which I will share with you. 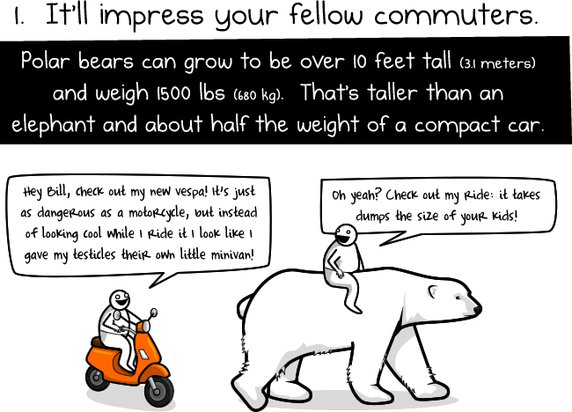 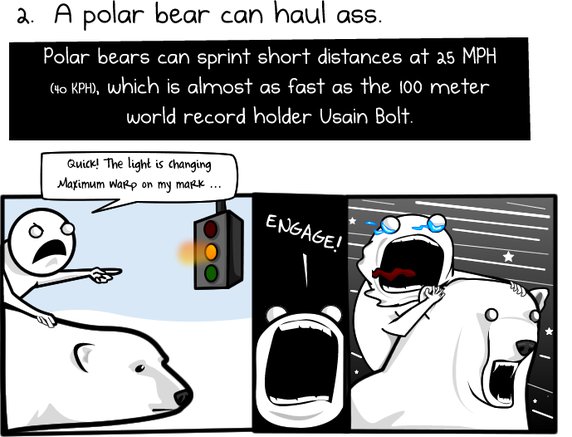 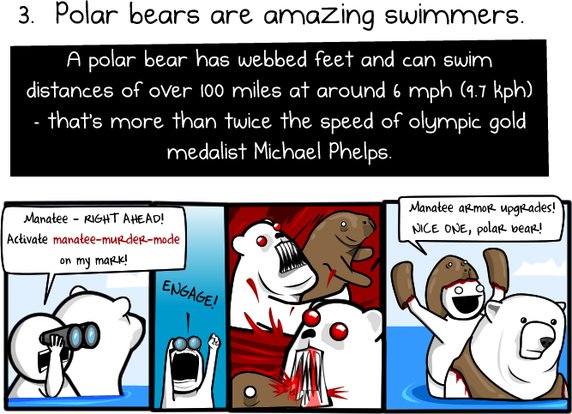 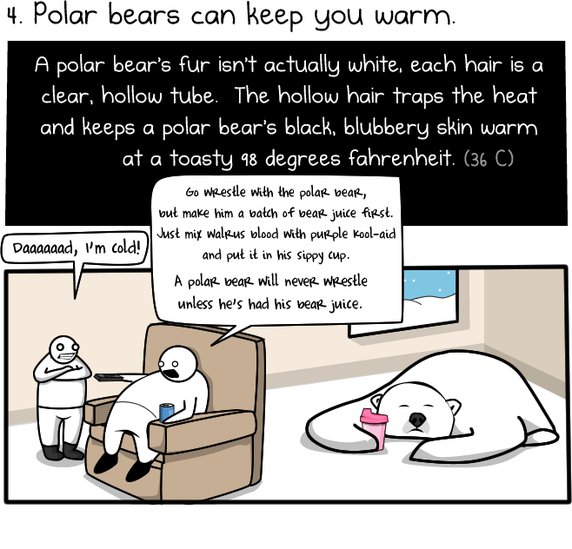 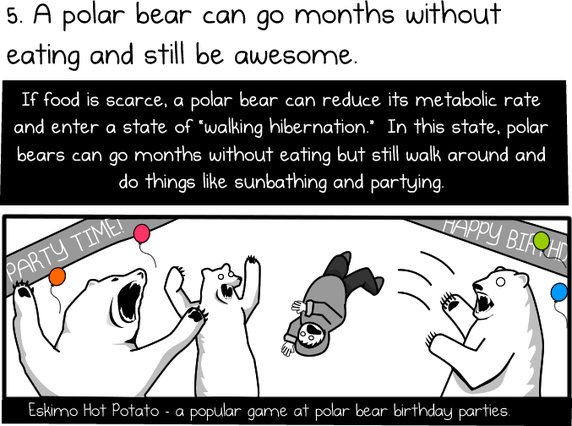 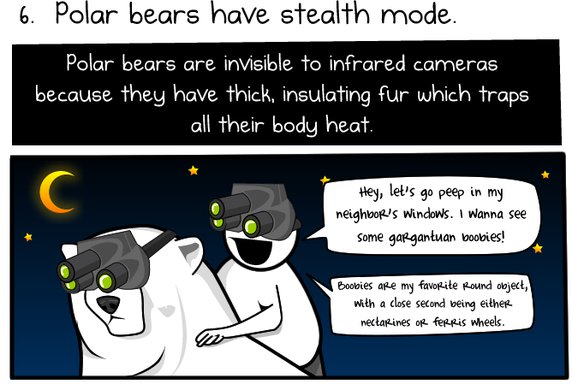