20 People Are Sharing Ridiculous Things They Actually Believed As Kids 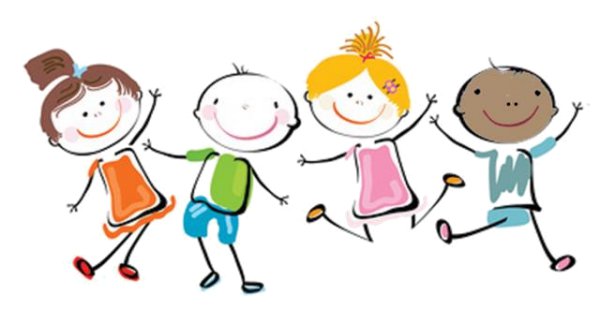 2.
My dad was a manager at a local business and he would come home every few months talking about how he had to fire someone. In my four year old mind I pictured him taking bad employees to a small concrete structure in a remote location, putting them inside, and lighting them on fire. Had no idea it was just telling someone they can’t work there anymore.
And somehow I was okay with my father being a serial killer, because Dad can do no wrong.
kmck96

3.
I thought that I was a secret-agent-alien with my own TV show for the people back on the “home planet”. Kind of a sort of Exposing earthlings type thing. Every Saturday I would quite literally narrate my entire day, from morning to night, explaining how the Earth works and begging “them” to “please please please come and bring me back home soon”. I did this until I was around 8, and my mother has most episodes of my TV show on tape.
kill_the_peasants

4.
As a kid i thought when a woman was getting chased by a bad guy on tv, i would think why wont the cameraman help her
Lester Pickings

5.
I thought that when you ate food, it went all the way down to your feet, then filled up from there.
schwagle

6.
I thought you were pregnant the moment you had your period and the boy closest to you was the father. When I first got my period I was 9 and it was during Disney’s The Hunchback of Notre Dame. I screamed all the way home because I thought Quasimodo made me pregnant and I was going to have an ugly baby.
Kalia Carter

7.
I spent my first 8 years in Russia where sex was a topic that was never discussed. As a result, I had no idea about it. I mean, none.
I thought that babies came as a result of liking someone a lot. I had a huge crush on some boy in my 1st grade class and at one point when I was constipated, I thought it was our child forming. I remember thinking, “oh no, I’m too young for this!”
Iamkittyhearmemeow

8.
That I was married to a family friend. I remember getting dressed up when I was about 3 and walking down the aisle with this girl. When I was 9 I learned that it was my cousin’s wedding and that I was the ring bearer and she was the flower girl.
SonaBacha

9.
I used to believe that teachers lived at school inside of their classrooms.
Dm2593

10.
Right around the time i began to hit puberty i got a pug. A few weeks after we got him, blonde hair began coming in all over my body. For awhile after that i was unbellieveably scared that i was slowly morphing into a pug. This also affected my relationship with the dog because as much as i loved him, i kept thinking to myself i dont know if i can turn into a pug for him. then we learned about puberty in health class and i realized that i wasnt turning into a dog.
PhoneIsOnZeroPercent

11.
When I was a kid I used to think our cat was called ‘In or out’
@cluedont

12.
That I was special and that someday I’d meet a girl who’d love me for me. Thanks a lot mom.
Stabintheface

13.
When I was 5 or so, I used to think that everything 100 years ago was all black and white, clothes, buildings, whatever. All because of black and white photographs. :(
Random_Input

14.
I thought that people with large butts just held their poop in for too long.
penny2cents

15.
When I was little I thought the two prices on the backs of books for US & Canada were different bc you got charged more if you were Canadian.
@ashleyfeinberg

16.
That white people pooped white. I’m an African American, so maybe you can understand the confusion.
keyboard_addict

17.
I thought it was still medieval times in England.
Ilmara

18.
I used to believe that sex was only done in the hospital, and doctors would watch as the couple had sex. I believed this until I was 13.
Anon

19.
When I was a kid I thought dogs and cats were the same species; just dogs were male and cats were female. Blew my little 7 year old mind when my dog got pregnant!
Heather Wilkinson

20.
When I was 4 my mom was 9 months pregnant with my brother and we got into a minor car accident that forced her into labor. So until about 3rd grade I thought you had to get into a car accident to have a baby.
olivergrayson