16 Times @GaryLineker Was One Of The Sassiest People On Twitter

In @TheSun I've been accused of having morals, fighting for social justice and being alright at my job. Thank you. pic.twitter.com/I4cMyAJ77f

Zayn Malik has left One Direction. Life will never be quite the same again.

YES! If Leicester win the @premierleague I'll do the first MOTD of next season in just my undies. 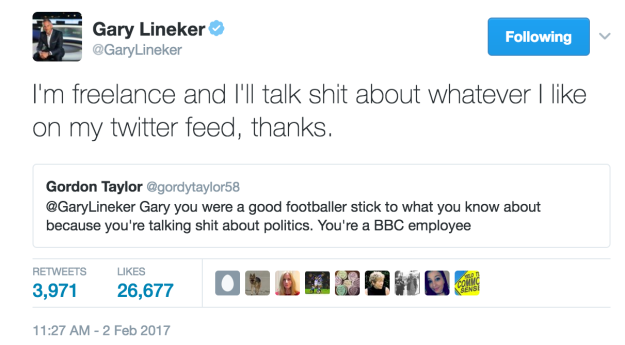 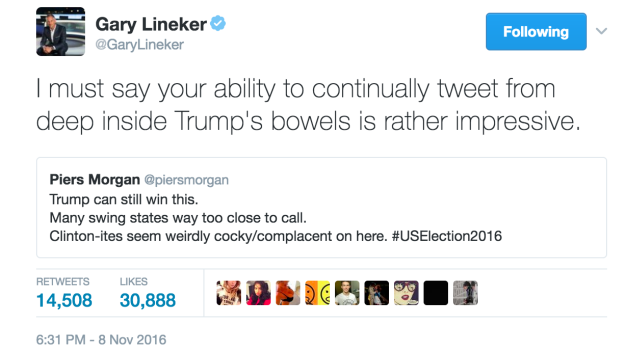 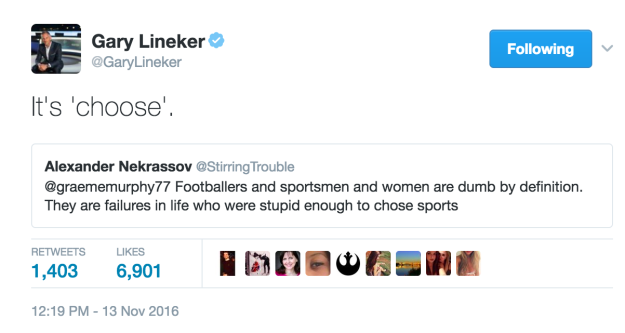 Had a few complaints saying I should've worn pants not boxers. My tweet said undies. Boxers are undies. That was embarrassing enough thanks. 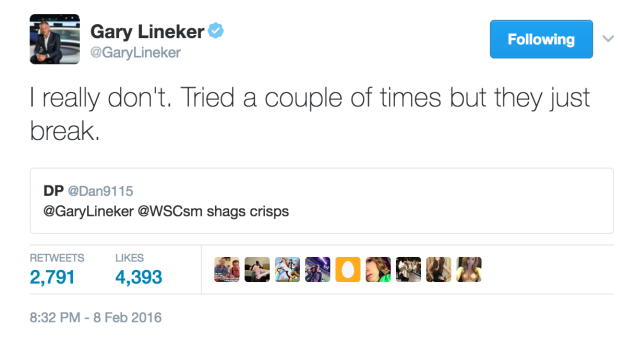 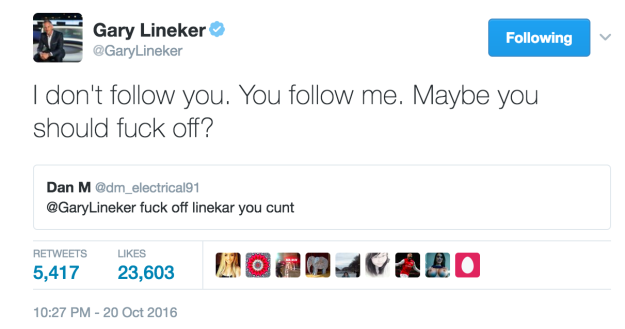 20 People Explain Why They Said “No” To A Marriage Proposal
12 Of The Most Epic Leg Tattoos
In a job interview, how to answer “What’s your biggest weakness?”
Queen – The Show Must Go On