32 Tweets Guaranteed To Make You Laugh, Smile, And Possibly Cry

Last week I planted this tree, and today when I checked I see this. Nature is truly incredible! pic.twitter.com/5eTQPSUPJv

My dogs favorite toy is Santa, so we brought her to see him pic.twitter.com/vPl6YMyOIz

Some people sneak candy into the movie theater. My mom sneaks in corn on the cob pic.twitter.com/buISK5eORB

So I just spent 15 minutes looking for my cat…

She was in my room the whole time. pic.twitter.com/mbOYr4587P

When u have an exam at 11 but need to terrorize Elm Street at 12 pic.twitter.com/4E1zKqzRiL

My mom made everyone get out of her picture with the food cause "ain't nobody help" pic.twitter.com/62g5NNhWLt

what kind of pore strip is this pic.twitter.com/gE5GsUcrof

So this year we bought a 20 ft Christmas tree and cut it in half so it goes through the roof pic.twitter.com/ZGIOYmPM59

"Mommy can I be a princess"

"You gone be this purse & shut da hell up" pic.twitter.com/ujXZxQ0Poo

My uncle went to Japan and a man liked him so much he made him out of sushi pic.twitter.com/kAvDaR9icP

My dad brings my dog in the back of his truck everywhere and he fucking left her there getting his car fixed pic.twitter.com/l8ug0noDOt

it's my goal to be this calm when things are falling apart pic.twitter.com/ZTygsNBxry

@dominos What the hell is this, ordered pizza with jalapenos literally got dough & jalapenos. pic.twitter.com/GojnMK5oF6

My 6 year old brother went on a date tonight. Meanwhile I'm struggling for a text back pic.twitter.com/CPHrG3iFui

Lol my mom has fought with so many of her friends that this picture is just of her w/ a bunch of no headed ladies pic.twitter.com/i1AlH3Troz

The devil is working hard but those little hairs are working harder pic.twitter.com/700Jmc0i28

Ok but why do I look like the fucking ride pic.twitter.com/lhbwNPpn6F

My mom just RUINED my dog and she literally said "he wanted to keep it long on the top" I am devastated pic.twitter.com/pjYuGYNhUm

My daughter brings a checklist to stores now and just makes random checks. It makes everyone uncomfortable. pic.twitter.com/UgHJ4eIDSc 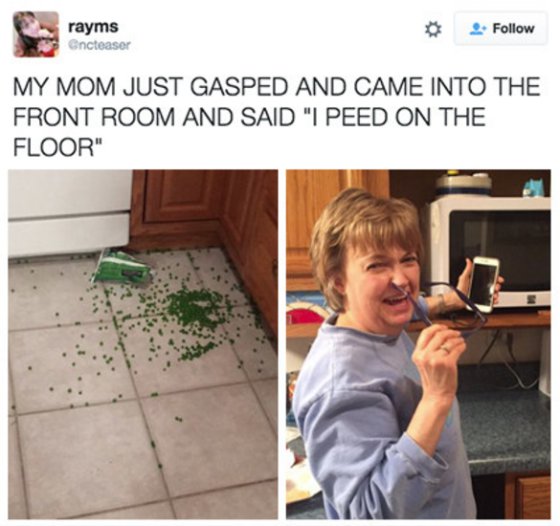 I put this donut pillow on my dog 20 minutes ago and he loves it and won't let me take it off pic.twitter.com/b00WeRWcPL

merry christmas I got the literal same shirt I was already wearing pic.twitter.com/lYVFOIrHCU

This dog is walking herself up and down the train so everyone can stroke her pic.twitter.com/WRVOx9TiNi

our cats had a fight and my parents are trying to make them resolve it lol pic.twitter.com/O7IHihmPo1

I don't come home for Thanksgiving and my family acts like I died pic.twitter.com/IQSmYghu7P 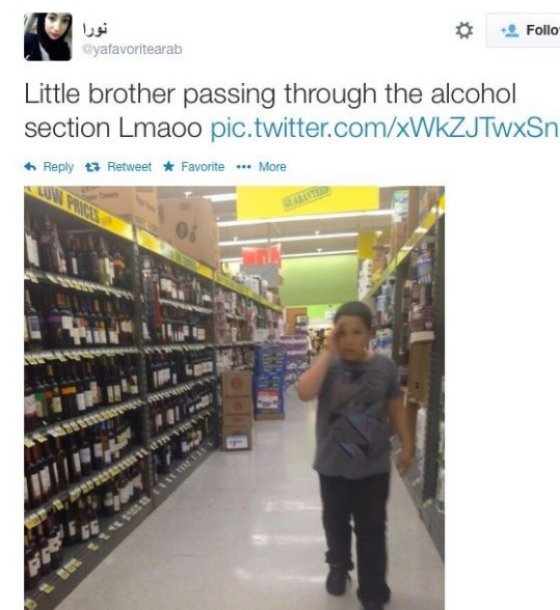 My girlfriend's hairclip nearly put me in cardiac arrest… pic.twitter.com/DtaeCWgrEc

…so my uncle got a drone now he's fucking with people pic.twitter.com/xFwnLDUYoa

18 Ways To Be A Little Bit Smarter About Your Money
As A Doctor, What Was Your Most ‘Now That Was Stupid’ Moment With A Patient?
What is Christopher Columbus’ Real Name?
Will Cracking My Knuckles Give Me Arthritis?