What Was The Strangest Thing You Found Cleaning Out Your Parents’ House After They Died?

A man cleaning out his mother’s house after she passed in North Canton, OH, found a foot locker with baby human skeletal remains in it. After several months of testing, it came back that they were children of the mother, possibly twins. They have no idea how long ago they died. They’re not sure if they were stillborn. The remains show no signs of injury, but that does not rule out foul play. With her being deceased, and no one else knew about them, they have nothing to go on. 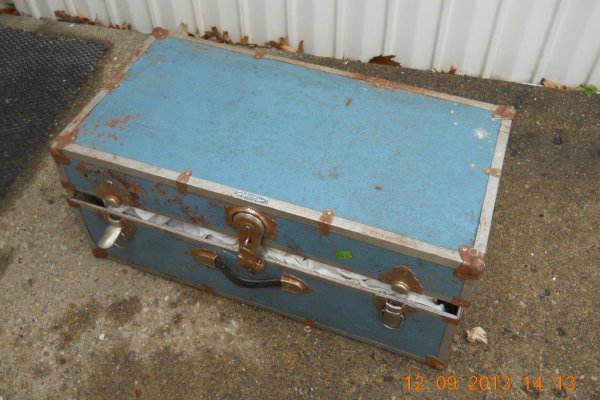 My mother passed away at the end of 2007. When my sister and I were cleaning out her bedroom, packing clothes to be delivered to various charities and help centers, I told my sister we should look under the mattresses. Not only hers, but also my father’s bed. (He passed in 1985). My mother used to joke about hiding money from the government, and said “it’s under the mattress”.

My mother was not noted for her sense of humor, but my sister and I laughed over it. At least my mother put a smile on my face even though she was no longer there.

Not my parents, but my great-grandmother. She had a stroke in her eighties and died in a nursing home not long after. She led a very…let’s call it a vibrant life. She traveled extensively and had all sorts of fascinating things scattered around.

When her house was being cleaned up to be sold, my grandmother (her daughter) found a voodoo doll. The crotch was full of vicious-looking rusted pins, and it was at full capacity. No idea how she jammed all of those pins in there, or who she wished rusty crotch-death upon. We never found out.

My father had Parkinson’s disease for 42 years. He couldn’t roll socks, so he only wore a pair of socks once and bought new ones. However, he never threw out any of the old socks. I found 250 pounds of socks, about 2000 pairs, in the house when he died. Not a single pair had been washed. I got the bright idea of tossing them into the washer for using them again. Most of them, certainly those that were likely 40 or 50 years old, just fell apart into lint.

Years later as the internet developed more I did some research and found my parents were not married in Virginia where I was born, but in North Carolina. I sent for the marriage certificate. When it arrived, I examined it and found that it was dated two weeks after I was born.

So, my second ex wife was right, I was a bastard and a son-of-bitch.

45+ of the Funniest Tweets from Parents in 2020
16 People Are Definitely NOT Close With Their Boss
Are your 20′s really the best years of your life?
How Did Tupac Shakur Die?