What Was Your Most Embarrassing Moment As A Foreigner In Another Country?

Wearing underwear on the streets in America.

My first time in America, I came in August 2011. August is usually the warmest month and I preferred shorts. I had just bought two pairs of these in India:

The Jockeys were so comfortable, I wore them all the time everywhere. I hung out with classmates in the evenings, over the weekend, went to bars, and after a week, when I was wearing the same “shorts”, an older Indian friend pulled me aside and said, “X (a girl classmate) said you went to her apartment wearing these?”

I was confused, but before I could say anything, he said, “These are used as underwear here. You can’t wear them outdoors.”

That was embarrassing as anything. I didn’t talk to anyone for a whole week after that.

Later, I realized, I had even met a classmate’s family – his father, his mother and a sister in these “shorts”.

PS: I am pretty sure they are worn as shorts in India, but I was so scarred, and don’t wear them in India either.

Oh, another related story, I had problems with my shower during that disastrous first week. It felt weird when the plumber showed up (obviously, I was wearing the same shorts) and said, “Do you mind if I come in?”. So many possibilities.

I was in Brazil and kept saying “molestar” trying to communicate that I didn’t want to bother. Molestar = Bother in spanish.

Turns out “Molestar” resembles more the english word “To molest” and I was telling people that I didn’t want to rape them.

Hey, I’m don’t want to molest you sexually, but can I take your picture?

I said this to many portuguese speakers for many days, many times…

I moved from India to the U.S. for my Masters in 2008. My most embarrassing moment was when I first visited a grocery store. I wasn’t much of a shopper back in India, as my parents took care of everything.

So, after shopping, I was waiting at the checkout counter. As everything was new to me, I was reluctant to ask anyone any questions, so I just followed what everyone else did. During checkout, there are these separators they use: 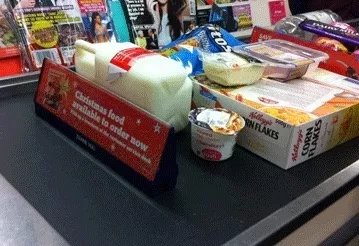 After the guy before me was checked out, the cashier grabbed the separator to start adding up my things, but I thought she was going to add the cost of the separator to my bill, so I told her that it wasn’t mine and to not charge me for it.

She didn’t understand at first, and she kept looking at me with a questioning face. I was new to the U.S., a student converting dollars to rupees for all of my expenses, and I told her once again that the separator wasn’t mine.

I don’t know if she understood me or if she just chose to ignore me, but she set the separator aside and simply started her scanning. I was relieved after discovering she’d started the checkout without charging me for the separator, as the only thing on my mind at that time was not getting charged for a separator on my bill.

Only after a period of time did I realize where those separators came from, and I was totally embarrassed thinking about what that cashier might have thought of me.

I’ve only shared this with some close friends who now use this to poke fun at me when needed.

In London, I was at a disabled toilet room in a department store, the toilet had a black nylon rope hanging down from the ceiling. I thought it was a flusher for the disabled. When I pulled it however, it set off the alarms and I had 3 store associates rush the toilet I was in, while my pants were still around my ankles. -_-

In 2004, I visited Australia to present my research paper in Melbourne University. On the way, we halted at Sydney for 2 days. I was travelling with family and we were staying in a hotel.

Australia is a wonderful country and we really enjoyed everything there except the food. Firstly, the food was very expensive and secondly, it was difficult to get vegetarian food in hotel. Hence, we used to buy bread, milk, juices, fruits, butter , jam etc. in bulk and used to eat in our hotel.

One night, we put some garlic breads in the microwave oven provided to us in the hotel room. In those days, we had no microwave at home and hence we were using the microwave for the first time. We did not have much idea about the exact timing for which the bread had to be put up in the oven. Suddenly, we found some smoke coming out of the oven. We immediately rushed to the oven and switched it off. However, the smoke soon triggered the fire alarm system of the hotel. Suddenly, there was loud siren sound all over. People were running here and there frightened as if the hotel had caught fire.

We were in a state of panic as we could guess that the siren was triggered due to the smoke in our room. Immediately I called the reception and told them what happened. They came rushing to our room. However, they said that the fire alarm system can be switched off only by the fire department which was expected soon. The hotel had an automatic system which immediately alerted the fire department and they came rushing. Within a few minutes, the fire brigade came to the hotel with several personals were dressed in fire-resistant gear and looked like astronaut. 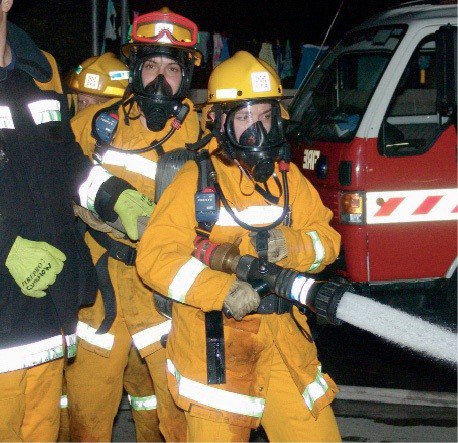 I apologized to the hotel staff and told them that we did not know that this would create so much of problem. I was happy that I was not fined or penalized for creating this nuisance unknowingly.

It was truly the most embarrassing moment for me and my family in a foreign land.

24 Rare Photos That Prove This World Is Full of Wonders
Zakynthos Island, Greece – Crystal Clear Water
Why Are Some People Always Single?
16 Celebrity Tweets You Missed This Week