If I die alone at home, how many hours or days will it be until my pet dog, cat or bird eats me?

My father in-law passed a few years ago. He lived alone with two large dogs. He passed away on his bed which was more like a low cot so the dogs had easy access to him.

The neighbors became concerned when the dogs were howling instead of barking. The local sheriff eventually broke down the door.

He had been dead about four days. The dogs were ravenous and severly dehydrated but they never touched their master. 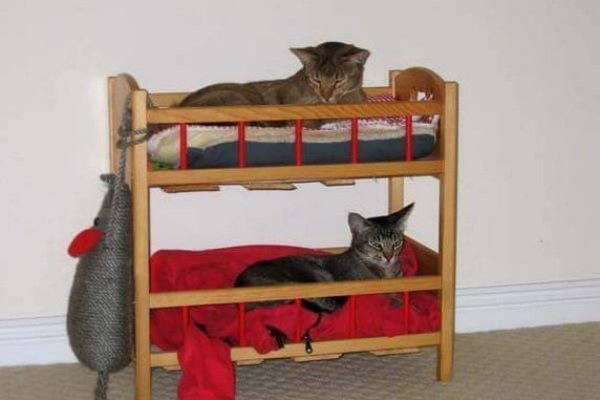 This was a long time ago, when I lived in Manitoba and my step-grandfather lived in Toronto. He loved my grandmother very much and cared for her until she passed away from Parkinson’s. I was a teenager and this was before the age of affordable telephone contact.

Anyway, Grandy Andy (step-grandfather) lived alone in a tiny house with two black lab crosses. He spoke little English and had very few, if any, friends. The thought of him passing never once crossed my mind, but he died, probably from a heart attack. My cousin who lived in a small town west of Toronto came to visit him. She found that he had died and had been dead probably over two weeks according to the authorities she was required to call. The dogs had barked but nobody heeded it and they tried to claw through the door. It was so sad that Grandy Andy died alone, and his dogs died as well. But they never tried to eat him.

So that was over 2 weeks and the dogs starved to death, but never tried to eat the man who loved them so much.

I live alone. Up until recently I had 2 dogs and 2 cats (now one of each, due to old age) and that fate is what I worry about the most. I have a friend who also lives alone, so we try to have daily contact and agree that if we can’t contact the other, we will visit the other’s house – her pets (a pomeranian and a cockatiel) will become mine and vice versa.

I have to go anon for this one.

When my brother committed suicide he used a plastic bag and drugs to complete it. He also had a pet cat. Before I go further you have to remember that my brother was a very, very sweet and kind man and had a knack for raising animals. He had a very strong bond with his cat.

When he didn’t show up for work, his co-workers got concerned and his boss eventually went to his house to go look for him. When he got to the house he could hear the cat meowing loudly – he could hear it from outside. He broke down the door and then saw the cat run down the stairs so quickly he thought it was going to run out of the house. He then followed the cat up the stairs and found my brother, and saw that the cat was trying to claw the bag off of his head.

I’m taking care of his cat now, and I can see that the cat is still very traumatized and saddened by my brother’s passing. He often waits by the window, which makes me wonder if he is waiting for him to come back, and he still constantly climbs over and rummages through my brother’s things, which I have since inherited. I guess his stuff still has his scent and the cat is trying to find him.

Some people here have shared some pretty disturbing stories about pets (in particular cats) nibbling or eating their former owners. I doubt my brother’s cat would have done that.

I guess it depends on the cat.

How do you know if you have become an adult?
14 Really Good Things That Happened This Week
19 Things That Are Way Bigger Than Your Stupid Brain Thought They Were
China’s Kingdom of the Little People