What Should I Do To Express That It Was An Accident And That I’m Sorry When I Stepped On My Dog’s Foot?

You, after you step on your dog’s paw:

Your dog after you step on his/her paw: 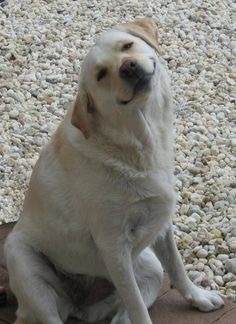 Seriously, your dog trusts you implicitly and will probably forget it even happened in seconds. Your dog knows all the cues to look for to understand what’s good behavior and bad behavior. This is neither punishment nor praise – it’s just a thing that happened. The dog won’t be insulted, have hurt feelings, or hold a grudge. A few pets, a belly rub or a cookie (better yet, all 3!) will make it all better.

I’ve stepped on my dog’s paw, snagged tangles with a comb and clipped a nail too short, all resulting in a quick yelp. After a little scratch behind the ear she was giving me kisses and playing like it never even happened.

I assure you, about 2 seconds after you stepped on your dog’s foot, he has forgotten that you stepped on his foot. All the same, when I step on my dog’s foot, I tell him I am very sorry and give him a lot of pats. But really this is because I feel terrible and am projecting my feelings onto my dog. (well not 2 seconds, but you get the idea.)

I also check to make sure my dog’s foot isn’t hurt. That is the main concern.

Now cats are different. You had better apologize or they might strangle you in your sleep. 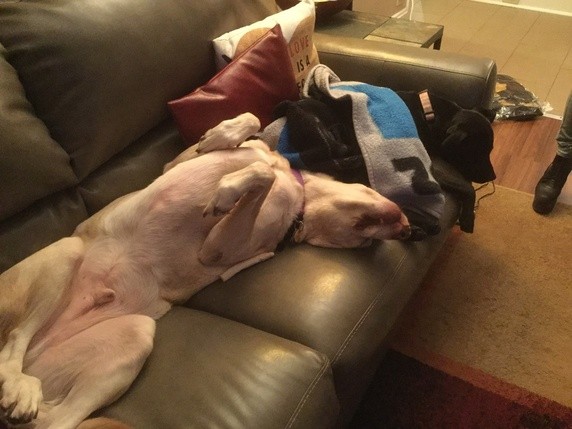 This is a little known story about the war, and some even suggest it was the actual turning point of WW2

Here is a picture of Hitler with his dog Blondi 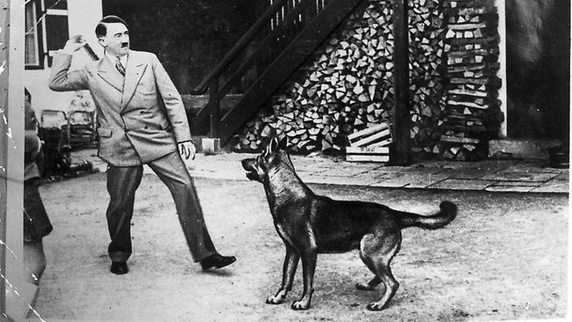 Hitler apparently had accidentally stepped on his dogs foot, but being a quick thinker, Hitler immediately grabbed a piece of wood and threw it, so Blondi thought it was a game (you can see the pile of wood in the background that Hitler kept specifically for playing with his dogs)

But as the dogs foot hurt, it didn’t run after the stick. So Hitler ran after it himself, and tripped over and hit his head.

While rubbing his head he had a brilliant idea of using dogs as weapons of war, and quoting Beatrix Potter, said “Cry Havoc, and let slip the dogs of war”.

His idea was to train dogs to run after sticks that had been shot from guns. Thousands of dogs chasing sticks launched into the enemy lines. The enemy would overwhelmed, and in their chaotic state, would step on the dogs paws, and be bitten. The dogs would then bring back the sticks that could be reused. 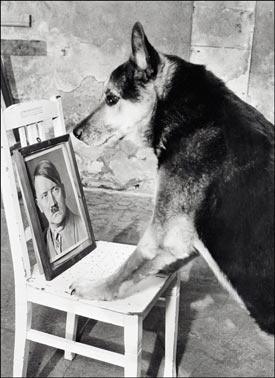 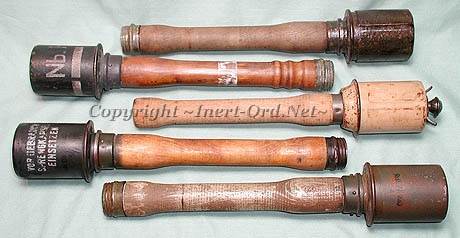 and the dogs would run after the hand grenades and bring them back to their masters, and of course, blow them up.

This caused much damage to the German soldiers, who eventually refused to work with the dogs. Also, the Allies took advantage of this situation and bred cats that looked like Hitler 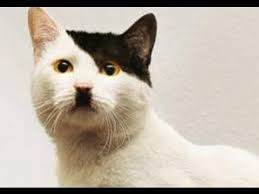 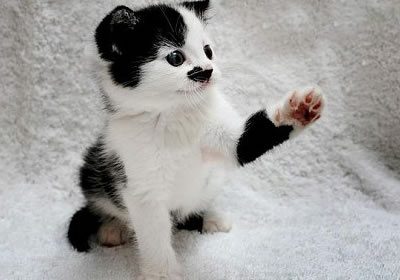 and sent these among the dogs to confuse them. 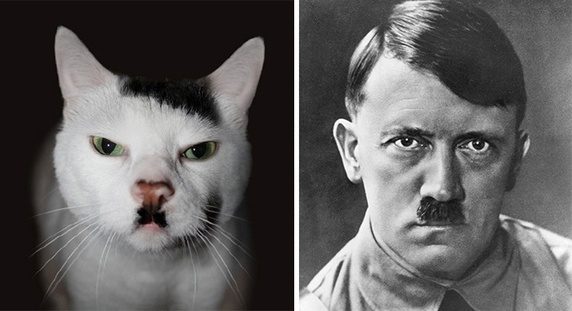 The Allies also dropped leaflets with pictures of dogs like this: 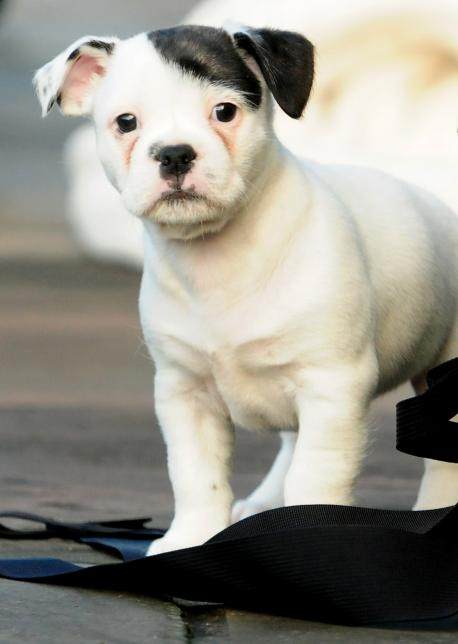 Hitler was so enraged that he had a nervous breakdown, and became largely incoherent from that point on, and this incident is considered by many historians to be the turning point of the war, with one famously saying “It was a small step on a dogs paw for a man but a giant step for Mankind”

If you accidentally step on your dogs paw then lay down and expose your tummy. This is how dogs act when they want to show friendliness. 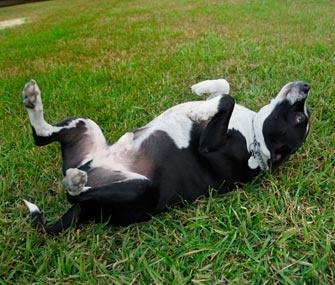 • Jeremiah De Peever has helpfully commented below that the Russians had a similar result in WW2 when trying to train dogs to blow up German tanks.

• The American also failed at training dolphins to place magnetic mines on enemy ships, getting pigeons to guide bombs by pecking at buttons, and getting bats to deliver incendary devices to the wooden buildins in Japan

• No one seems to have learned from history when armies tried to send drunken elephants into the enemy, only to have the elephants attack their own troops