I was made to believe that the city of Amsterdam was actually called Hamster Jam.

1.
My mother once told me not to swallow apple seeds because a tree would grow in my stomach. I actually believed her for a while.
Amy Susan Fisher, Facebook

2.
My mother was a genius: She told us that brown M&M’S were only for adults, so whenever we encountered a brown M&M we would give it to her.
Sara Tardif, Facebook

3.
My parents told us that on Christmas morning, if we looked or touched our presents before 7am then magic would make them disappear and we wouldn’t get them. I believed this for far too long and even after I knew, I was still nervous to touch them incase they disappeared.
Libby Rose Louise Packham, Facebook

4.
My parents told me that haggis were small creatures that lived on Scottish hillsides. They had tartan pelts, and the legs on one side of their body were longer than on the other so they could comfortably run around the hill. Bagpipes were made from haggis pelts, and the haggis you eat was made from minced haggis meat.
Rachel Watts, Facebook 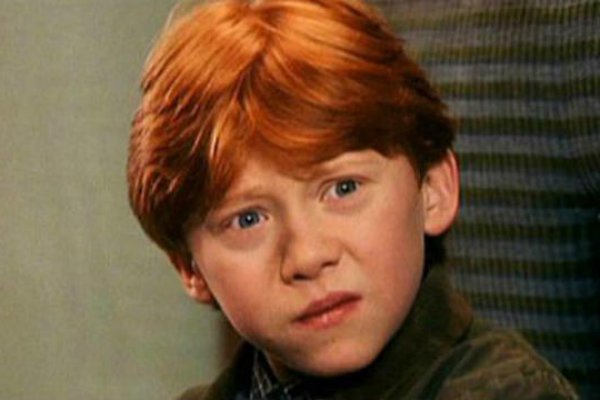 5.
Sometimes when I got home from school, my parents would jokingly poke me and feel my stomach while saying things like ‘Oh, I feel some pizza in there. Oh, and some corn… and some salad!’ I totally believed they could really feel what I had eaten for lunch because my dad was a doctor and my mom was a nurse. I thought they were just that good. In reality, they read what I was having for lunch in the weekly newsletter/menu.
Emily Aust, Facebook

6.
When I was little, my FAVOURITE restaurant was this one diner. My grandmother was coming into town, so naturally I wanted to take her to the diner. I asked my dad if we could go and he said that old people weren’t allowed there. Obviously I found this totally offensive so I decided to boycott the place and never went back!
Abbie Israel, Facebook

7.
My mom had me believe that she was 21 for the longest time, so when I was around 10 I asked ‘when are you going to turn 22?
gracefull

8.
My dad would never tell us what he really did for a living. He’d always say ‘I used to paint the spots on dalmatian dogs, but I got really good and now I paint the spots on ladybirds.’ I believed him for a good couple of years.
victoriaj49adb091a

9.
My dad told me that I could not get a sundae because they were only sold on Sundays.
batrxsyxa

11.
I refused to eat eggs when I was younger. The only way my mum could get me to eat them would be to draw green and purple spots on them and tell me they were dinosaur eggs. Apparently I thought dinosaur eggs were delicious.
emma-maym

12.
My dad told me that the reason old TV shows and movies were in black and white was because there was no colour in the world at the time. He said colour was invented part way through filming The Wizard Of Oz which is why it starts in black and white and then switches to colour.
mabelkmc

13.
My mother told me that our house wasn’t haunted because ghosts were too expensive and we couldn’t afford them.
ellien488741763

14.
I was told that the reason why I had so many nose bleeds was because I had too much blood in my body. I found out that this wasn’t the case when I was 18 years old and had a nose bleed at a friend’s house. My friend’s mother asked me if I was OK and I told her I was fine and that I just has too much blood in my body. She couldn’t stop howling with laughter.
Joseph Brennan, Facebook

15.
Me and my brothers used to squabble loads, so on long car journeys my mom used to threaten us with the ‘ejector seat’ button. It never failed to shock us into nervous silence, and it was only when I was in my teens that the idea of children being flung out of cars seemed ridiculous.
scottamidson

16.
When I was about six, I was obsessed with the song “Believe” by Cher and I would have it on repeat for hours at a time. We would drive nine hours from Washington to Idaho to visit family and as soon as we crossed the state line my mother would immediately change my CD to radio and tell me it was illegal to listen to anything but country music in Idaho – which I hated but she loved. I believed that shit until I was about 13.
baileykristineee

17.
I was made to believe that the city of Amsterdam was actually called Hamster Jam.
heydw

18.
My mom told me that if I get angry I will get old. Then she pointed at an old lady and said ‘look at her, last week she was just the same age as you and now she’s 70 years old’, so I held my anger in FOR YEARS.
chikariska

19.
I believed that it was illegal to have the lights on in a moving car.
cheyenneg48b4c3b30

20.
One time when we were visiting relatives in the UK, I was playing outside and a bee got near me and I freaked out. Mom off-handedly said, ‘It’s OK, honey, British bees don’t sting’ to get me to calm down. Fast-forward ten years, when as a teenager I repeated that fact within earshot of my mom, and she said ‘Who told you such a stupid thing?’ You did, Mother. You did.
Olivia Belton, Facebook

21.
Remember back in the ’90s when the Gap had mannequins with no faces? Well, my parents used to tell my sister and I that if we misbehaved in the mall we would end up as one of the Gap kids with no faces.
adriannaa43fe4e474

22.
Whenever my mom would fart she would blame it on the ants in the house AND I BELIEVED HER.
shermans