Have You Ever Met A Serial Killer?

I used to work for the City of Pensacola, Florida as a computer operator. They had two mainframes, one in city hall and the other in the city hall annex across the parking lot, and I had to run backups on both machines. I should mention that I’m female and at the time I had long dark hair.

So one night I was walking across the parking lot (I worked at night) and spotted a Volkswagen bug sitting in the parking lot with some man in it. He got out of the bug, and I could see he had his arm in a cast with a sling. He looked raggedy and tired.

“Miss, could you come here for a moment? I need some help,” he said. I got the creeps from him, and told him I’d call 911 (US emergency line) from city hall for him. He said, no, he didn’t need the cops, it was just a simple thing he needed help with because his arm was in a sling.

I felt even creepier so I walked really fast (almost running, really) up to city hall and went in the back door. I turned to lock the door and was shocked to see this man LEAP up the stairs and try to push his way into the door, but I got it locked in time.

I immediately called 911 and got an officer to check out the parking lot, but the car and the driver were long gone. I asked the officer if they would mind staying around the parking lot for the rest of the night, and they got that set up.

The rest of the night was uneventful, and I went home in the morning. 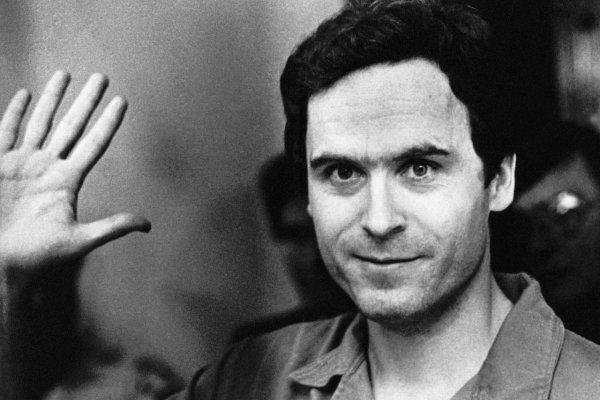 About 3 days later Ted Bundy was arrested about 2 miles from city hall. In a stolen VW bug, which matched my description.

Yes, I have met a serial killer, actually he is my childhood friend, let me call him “Edwin” ( not his real name). He is a simple guy belong to one of unfortunate familes back in my hometown province in the northern part of the Philippines.

As far as I remember Edwin didn’t even reach 3rd grade because his family was so poor. He was 2 years ahead from me, and instead of being in school he forced himself to collect used plastic bottles, beer cans, and metal scrap to make money for a living.

He was the only one in his family that made money to feed his siblings. His Father was convicted for killing his own mother in 1981 (he was 9yrs.old during that time) having suspected his late mother was having an affair with his neighbor.

They lived in a village-like place in a remote forested area which is prone to crimes like illegal logging, charcoal making out of trees and cattle rustling. They lived in poverty without electricity, television or radio to amuse themselves.

I knew Edwin was a vengeful guy since our childhood but he also had strong principles and despite of being poor he never did any illegal work. He said he didn’t want to eat food from illegal and evil works.

In November of 1998, local police found a body with strangulation marks and 5 stabbed wounds in the chest. The body was identified as one of a group of illegal loggers operating at the area, and near the body was .38 caliber pistol, a cable used for strangling the victim and a clutch bag full of undetermined amount of cash (the perpetrator didn’t even take the clutch bag and the gun.)

At the end of December of 1998 another dead body was discovered by the local residents also strangled and stabbed to death near the creek and the victim was also from the group of illegal loggers. Again all the belongings were still intact, the wallet, backpack, and a heavy duty chainsaw left next to the victim.

The local police still didn’t have any clue who the perpetrator(s) were, and even the whole town where everybody knows everybody didn’t have any idea who was the serial killer of the illegal loggers. All the folks that lived in the area were terrified and fears devoured the whole town so by 6:00pm every windows, gates and doors of all houses were all locked up, no children played in the streets, no drinking sessions in every local bars occurred as the fear of being the next victim of the serial killer dominated the entire area.

On the night of March 1999 local residents in the area where Edwin lived ( it was half kilometer from the town center) heard agonizing commotions, and gun shots being fired from the forest. The next morning two bodies were found, again strangled and hacked to death (the head was almost separated from the body) and one of the victim suffered neck and chest wounds made by a bolo or hunting knife. Based on the investigations the perpetrator(s) had attacked and hunted only when the victims were already sleeping. It was like a predator seeking out prey.

The police surrounded the area in morning and found Edwin lying outside his nipa hut suffering from 2 gunshot wounds in his left shoulder and upper limb, his shirt and jeans soaked in blood,and in his right arm he still held his blooded bolo. Edwin was shaking because of high fever due to gunshot wounds, and the police rushed him to a nearby hospital. There he was investigated and interrogated by the authorities and confessed committing the crimes. After he was discharged from the hospital the police detained Edwin in town jail for almost 5 months waiting for trial.

Nobody filed a case against Edwin to charge him for the crimes he committed because the people he killed were criminals which wanted by DENR (the government agency that protects our natural resources). We believed that the mayor influenced the judge and the police chief to ensure Edwin’s acquittal, since no families of the victims filed any case.

The victims were from the far southern part of the Philippines, our town considered them strangers. Edwin was released,some saying he was a local hero, some saying he was a huntsman for the mayor in our town and that was why there were no charges brought against him. Our mayor was total ly against illegal logging, looters and cattle rustlers. He was a pro-environmentalist campaigning for reforestation and the conservation of protected forest.

Edwin now works at the Mayor’s office as errand boy and janitor. I visited him during my 2013 vacation in the Philippines where he lives in an old house with his siblings as a caretaker of the Mayor’s property. 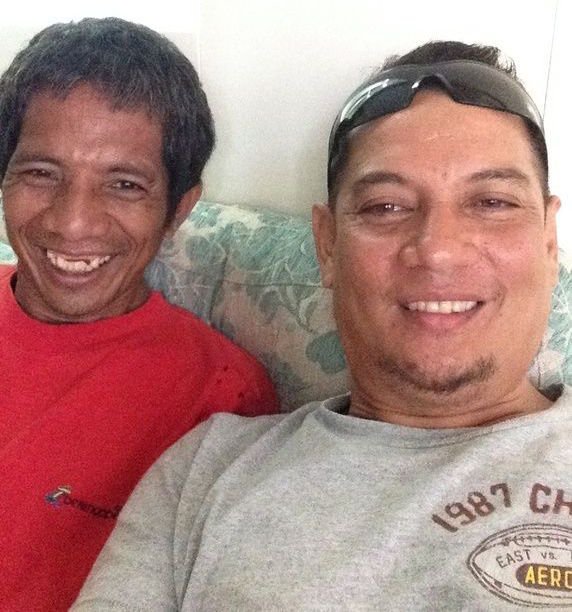 He is okay now. He considers what happened as if he just woke up from nightmare, but he said that he didn’t regret anything for killing those criminals. “That was what they’ve got for destroying protected forest” he said. I asked Edwin if his conscience didn’t bother him, and he just smile and replied: “I’ve already tamed my conscience, and have nothing to worry about, I learned from what happened and I know what’s right and wrong, and I love what I live for.”

15 Couples Who Are Nailing Family Life Thanks To Their Perfect Sense Of Humor
16 Hilariously Pure Husbands Who Are So Adorable It Literally Hurts
Football, a 91-0 Loss & Bullying?
17 Devastingly Funny Tweets About The Election Of Donald Trump