The Weirdest Trend In Other Country

We like to put traffic cones on top of statues’ heads. 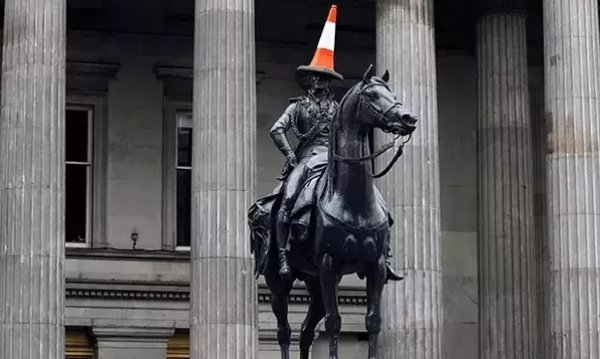 This is the Duke of Wellington statue in the centre of Glasgow, which depicts the former prime minister, Arthur Wellesley, on his horse. It has become tradition in Glasgow to climb up on the statue, usually late at night by those who’ve had one too many on a night out, and place a traffic cone atop his head. He’ll be wearing one 9 out of 10 times you walk by, and has become a popular tourist attraction as a result. Glasgow City Council claim removing the cones cost £10,000 a year but I think they give up after a while after another cone miraculously appears the next day. It feels wrong to see him without his cone. Sometimes the horse gets his own cone as well.

He got a special gold cone at the 2014 Commonwealth Games, which were held in Glasgow. 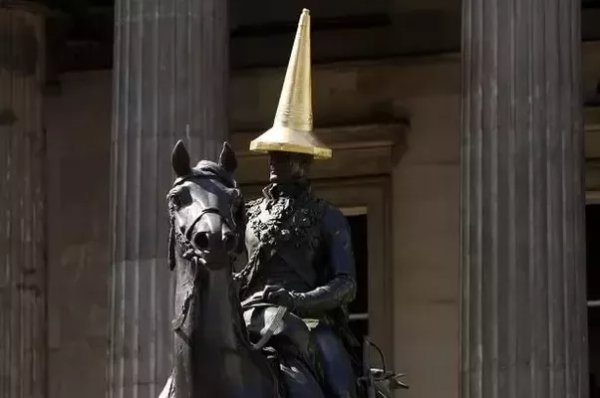 Similar acts have gained traction across Scotland, and the UK as a whole, where people have taken to placing things on the heads of their local statues for shits and giggles.

I’m pretty sure other countries do something similar but it’s become somewhat of a tradition in Glasgow.

Instagram models are really bizarre to me for some reason. 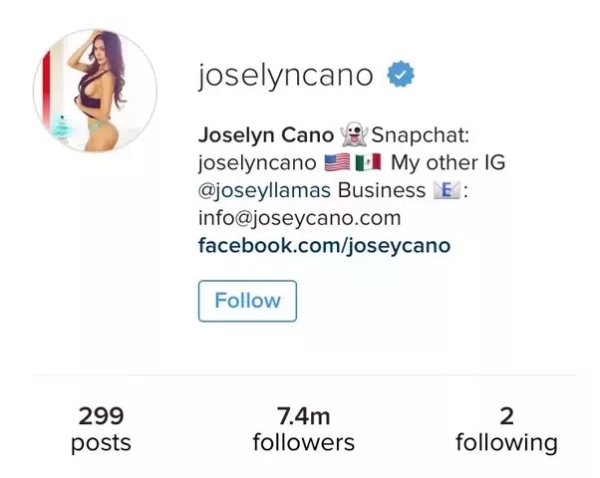 Trust me, I’m a heterosexual male so I totally understand why they’re popular and I’m not trying to criticize anybody, don’t get me wrong, but the concept just always seems really peculiar to me. How did this become a thing?

These women have hundreds of thousands, and sometimes millions, of followers. And they literally just take pictures of their assets all day, every day. I hear stories about how they get paid to promote branded content and get huge paychecks.

I’m a guy and I’m definitely not a model, but if I was super sexy, I can’t imagine my life where I literally take a picture of my ass every couple hours and post it on the internet.

(Just so I don’t catch flak for not totally answering the question, I feel like this is a weird trend that started in America and then grew outwards to other countries… could be wrong though.)

In Indonesia, we used to have a very weird trend: To have a Blackberry and an iPhone/Android at the same time. 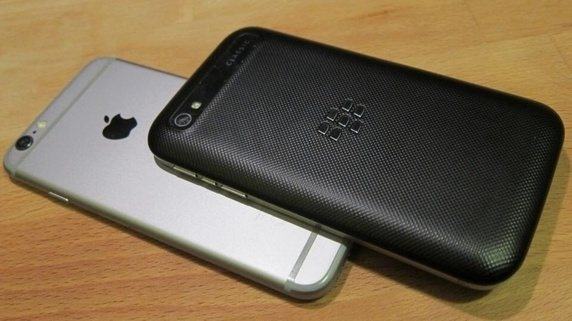 Yes, this is exactly what you’ll see on every table during lunch/dinner hour.

About 4 years ago, there was time when everyone would have 2 phones at the same time. By everyone here, I mean literally everyone, from high school students to business men, teenagers to adults.

Why would we do that? Is 1 phone not enough for a 17 year old girl?

The answer is no. It was not enough.

We were so dependent on Blackberry Messenger during that time, but iPhone/android received better social media apps, like instagram. And nobody used whatsapp.

So the solution was to have 2 phones, register 2 sim cards, and check each phone every time.

So much for efficiency and money.

“Mei Tu XIU XIU”, an app for polishing your photos and pics. Many people especially young girls in China are fond of it. And I’ve heard that now it is also popular in the USA. 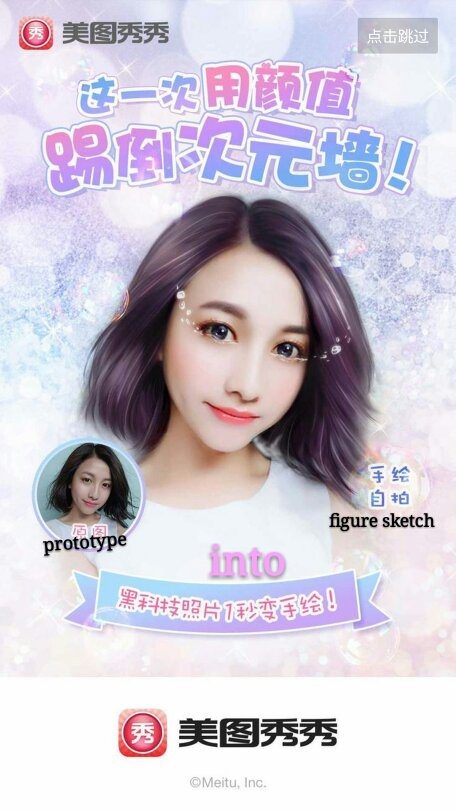 Recently, the app has been accused of racism for it always makes you just look like an Asian（or xanthoderm） no matter what race you were.

But I think it’s just a misunderstanding. It’s only because its target audience is Chinese. 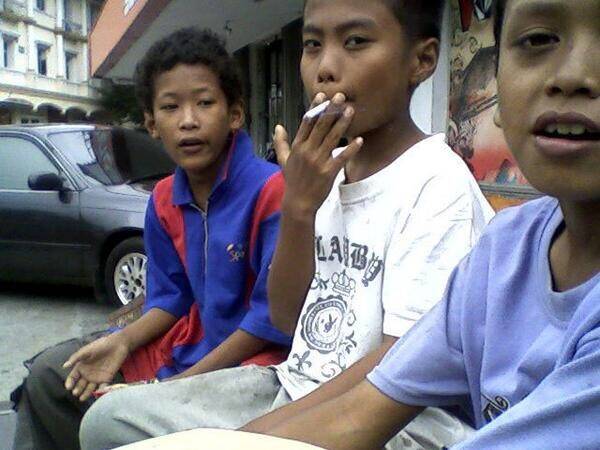 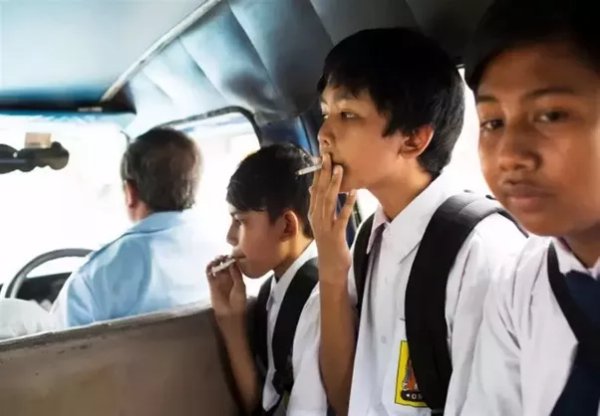 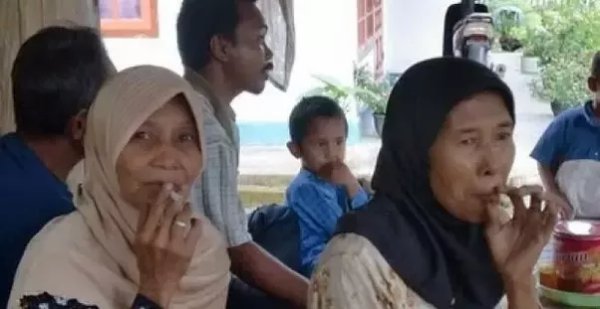 These are some examples of cigarettes advertising. 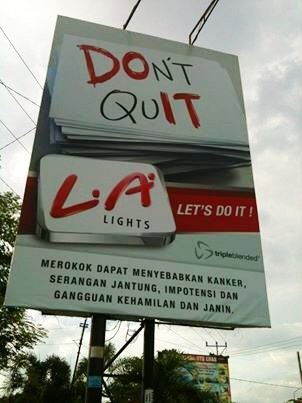 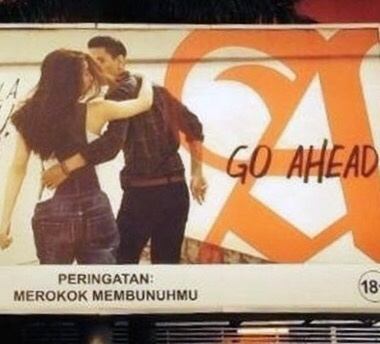 Cool tagline, right? “Don’t Quit”, “Go Ahead”, “Just Enjoy”, “Your Choice”, “Make your decision now”,”Break the Limit”, “Just do it”. That’s all for cigarettes. How can it not be cool for you to smoke?

I just couldn’t understand why in this day and age, smoking can still be a trend. Indonesia is indeed, the new Marlboro Country.

What Should You Do If You Are In A Plane That Is About To Crash In Minutes?
When Dialing 911, Make sure You Actually Call 911
Say Yeah
What is the Actual Size of a Honey Bee?