25 Hilarious Tumblr Posts About Growing Up In Australia

1.
you know you’re australian when 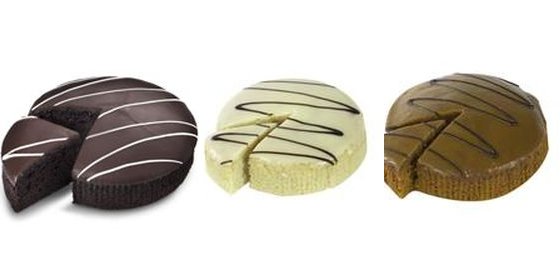 5.
The biggest rumour that goes around all Australian primary schools is: if it gets to 40 degrees, you get to go home.
lookatthesunrays

6.
When I was like 10 years old I went trick or treating and at one house the man told us he was getting lollies from his kitchen and then he came back and threw a bucket of water on me and my friends and that’s what Halloween is like in Australia.
eveningdreams

7.
i dont trust australians about anything honestly they take a piece of bread and put butter and sprinkles on it and call it a desert firemen

YOU FUCKING
DEEP FRY
ANYTHING
YOU PUT YOUR HANDS ON
estpolis

8.
it’s weird watching Australian dramas on the ABC because no matter how good they are (some are quite good) there will always be an actor who was on Playschool who turns up and throws you off
kraftcheese

9.
WHOA THERE COOL IT THAT’S WAAAAY TOO MUCH FROSTING FOR ONE DUNKAROO YOU GOTTA RATION THAT SHIT

10.
Finding Australians is fairly easy. Just ask them one question:
Have you ever
ever felt like this?
milokerrigan

13.
What she says: I’m fine
What she means: how did the girls from that show h2o possibly live their lives? They were three teen girls living in Australia and any time they so much as touched one drop of water they transformed into mermaids. How did they go to the bathroom? Did they never wash their hands afterward or did they suffer through being mermaids while at any point trying to take care of their personal hygiene? What if they had to pee at school? Imagine the germs. Does sweat also trigger their transformations? They live in Australia it’s impossible that they could avoid sweating for their whole lives. Honestly the idea of turning into a mermaid seems awesome but changing every time they touch water is so ridiculously impractical like I know some of these scenarios are addressed in the show and at times even large plot points but I feel like the writers of the show chose to ignore some situations merely for the convenience of the show and I think about that often
runyourlittleheartout 15.
“That guy’s got swag,” said the officer, looking down at the jolly man camped by a billabong under the shade of the coolabah tree
jaredcortesearchive

16.
I used to know about Australian politics but then Good News Week was cancelled.
australians-assemble

18.
I have a confession.
I’m struggling to admit this, but I think its time.
All these years I’ve been lying to myself and everyone around, I honestly don’t know how I’ve been able to keep this secret for so long but now as I start year 11 at school I think it’s time I stop lying to myself.
I never got my pen license.
idk-wot-im-doing

19.
why do americans start their school years in the middle of the year that makes no fucking sense
incendiarism

20.
mihlayn: are cafeterias a real thing like do those actually exist in america you just line up and get given gross food and then eat in the same room as your entire school??? if that happened at my school there’d be a riot imagine how loud that would be are cafeterias a myth
lastofthetimeladies: …do you…do you not have cafeterias elsewhere?
croatoan-the-line: Not in Australia we don’t. It’s a legal requirement for us to limit the amount of space habitable for deadly animals to breed, and cafeteria tables are a preferred nesting spot of both spiders AND drop bears.
croatoan-the-line

21.
you can just TELL this is an australian picture. 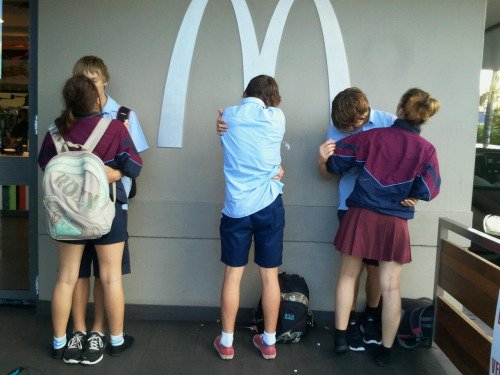 23.
For as much as they tell you about Stop Drop and Roll as a kid, I really expected to be on fire more times in my life.
bakerharrystyles

25.
To all Australian kids
If you ever feel like you’re weak or pathetic, remember:
You live in the most dangerous and hostile country, where every creature is murderous and deadly. You’re automatically more hardcore than any kid in any other country. draconicjanus

10 Tweets About Freeing Up Space On Your Phone
18 Of The Most Hilarious Tweets About Families In 2016
The British are frantically Googling what the E.U. is?
Walking on Glass