What Is The Dark Side Of Living In South Korea?

South Korea is a highly developed country, and it seems like a beautiful country with a beautiful culture. It is also very safe.

Would you rather live in boring heaven, or exciting hell?

Korea is one of the most densely populated countries in the world, and as you can see from the below map, density is essentially inescapable: 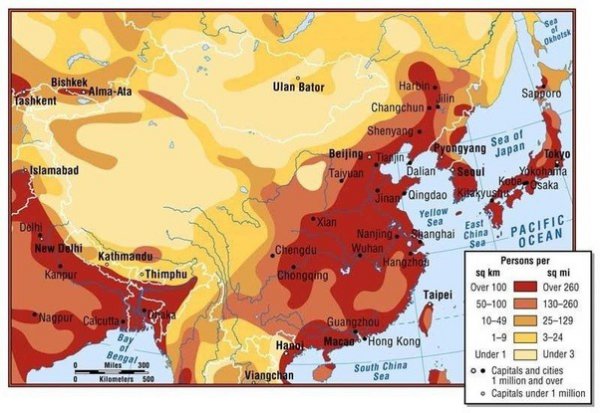 People live on top of each other in small apartments with prices that often make Manhattan prices look reasonable. Renting is expensive, and securing an apartment requires putting up a down payment (known as key money) in the tens of thousands of dollars for a one bedroom, and often in the hundreds of thousands of dollars for an apartment suitable for a family (yes, for a rental). A family apartment might look something like this: 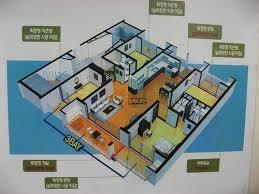 While an “officetel” for a single person would look something like this: 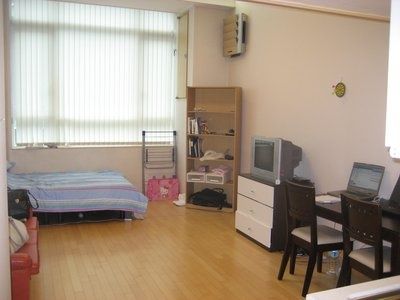 Point being, there isn’t a whole lot of personal space. The cost of getting an apartment for oneself complicates matters on the dating front, as the appearance of chastity is expected, and people generally live with their parents until they get married due to the costs of getting their own apartments (Korean wages are generally quite low relative to the cost of living). This gives rise to DVD rooms and love motels existing so as to provide a space for couples to enjoy some privacy (not sex, necessarily). 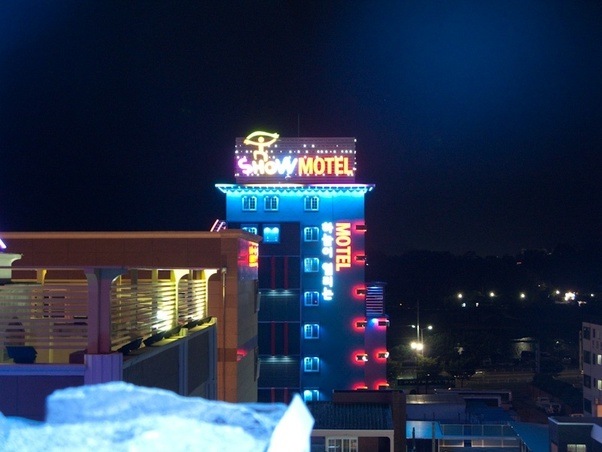 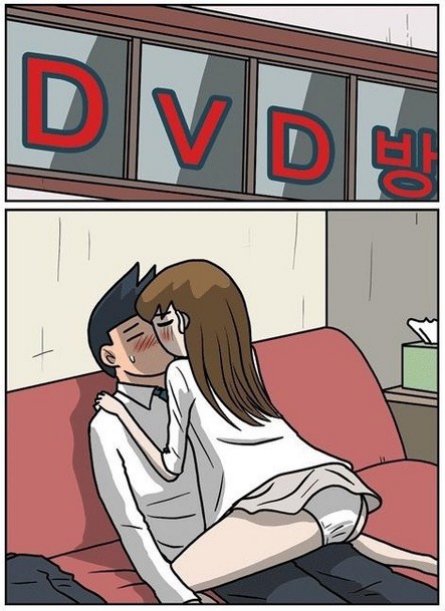 Want to go to the beach to get away from it all? Well, it might look like this: 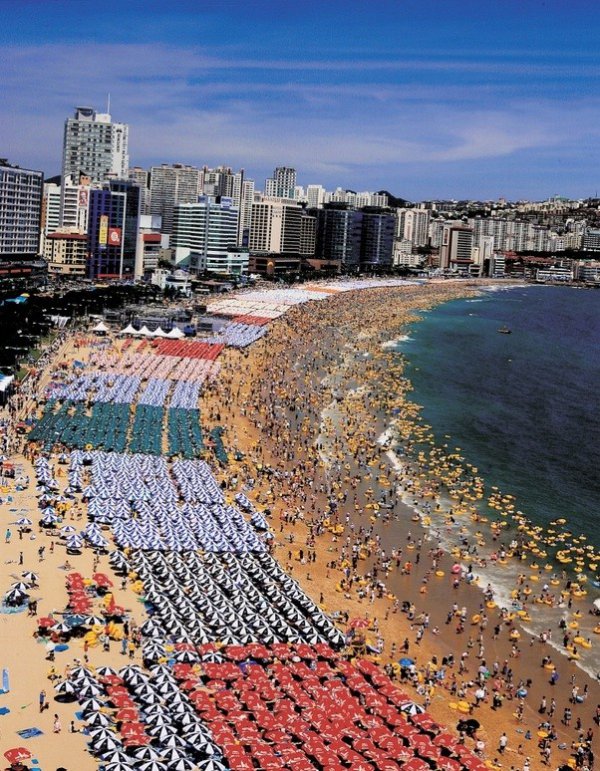 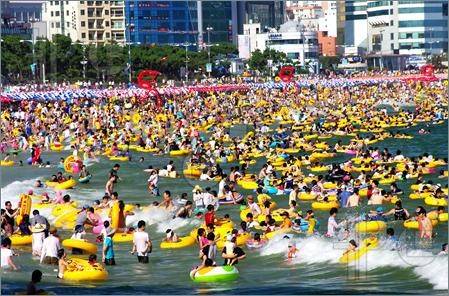 Well, maybe a water park then? 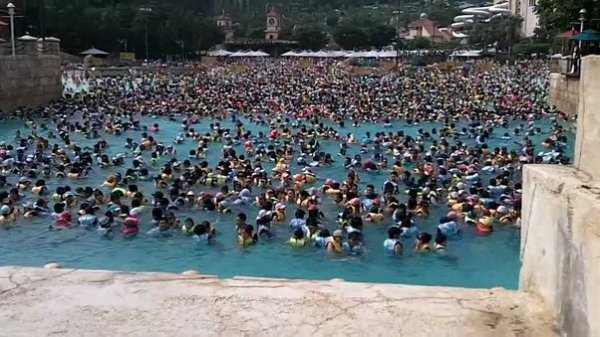 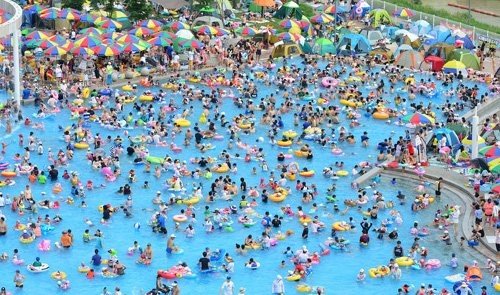 Oh, that’s not going to work either. Maybe we can take a hike? 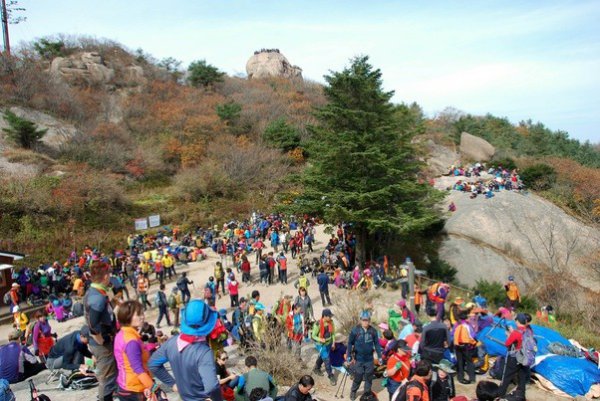 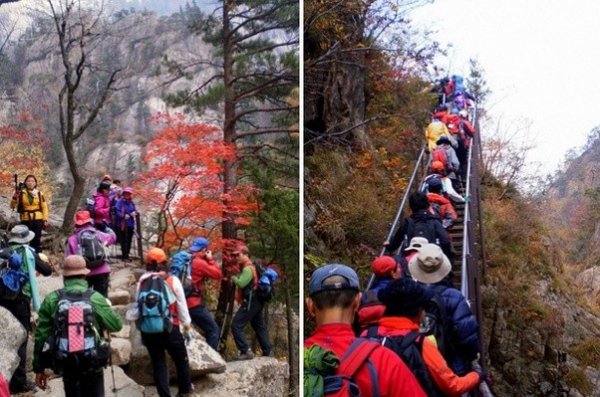 You get the point? Korea’s population density means that it’s very difficult to escape people, and the downtown of a Seoul suburb will often be as crowded as Times Square. To add to all this, Koreans also have the third highest working hours in the OECD after Mexico and Costa Rica, and it’s not particularly close to countries of the West: 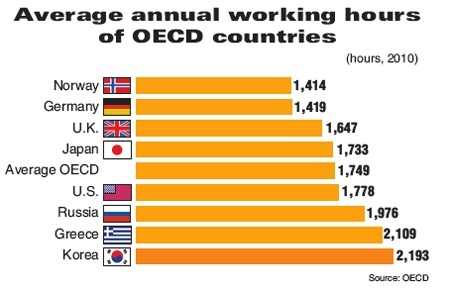 And make the notoriously vacation-stingy Americans look like they’re living lives of leisure: 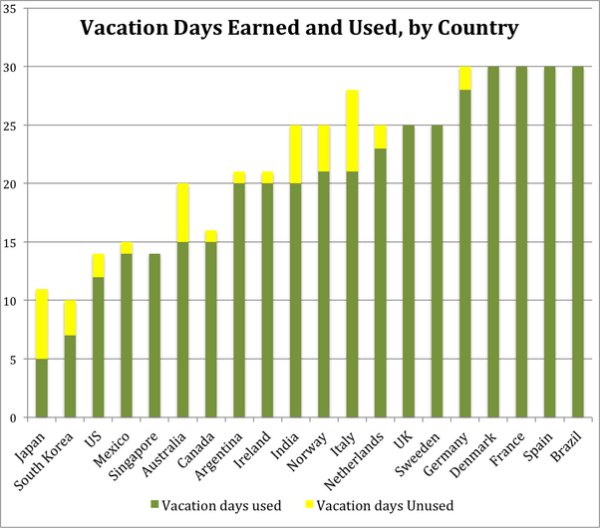 So how do Koreans cope? They drink: 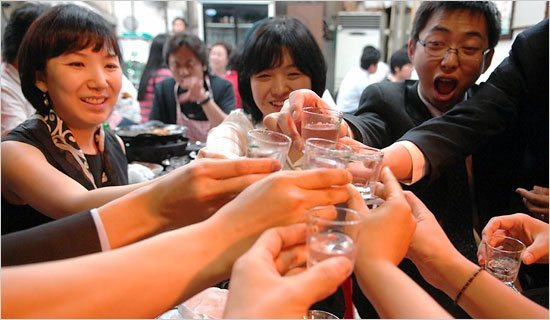 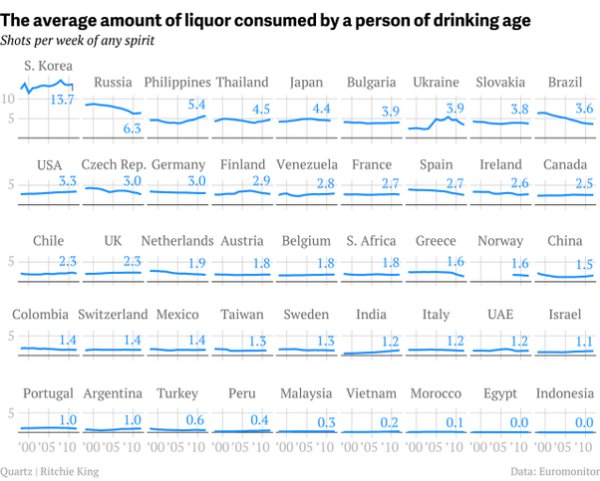 And this isn’t an uncommon sight the morning after: 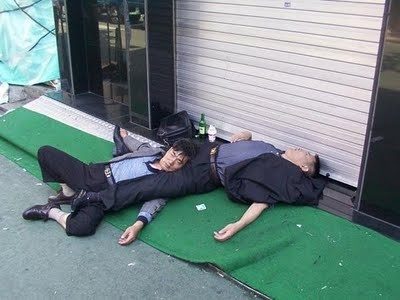 It’s not uncommon to cope in other ways as well: 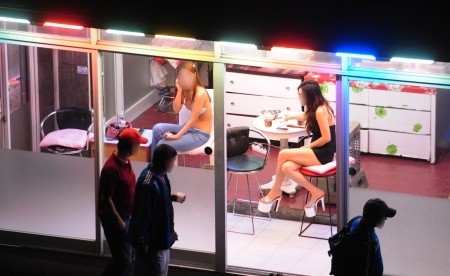 From Prostitution in South Korea:

Prostitution in South Korea is illegal, but according to The Korea Women’s Development Institute, the sex trade in Korea was estimated to amount to 14 trillion South Korean won ($13 billion) in 2007, roughly 1.6 percent of the nation’s gross domestic product. According to the Korean Institute of Criminology, 20 percent of adult males aged between 20-64 purchase sex at an average of 693,000 won ($580) per month. According to a study conducted by the Medical College of Korea University, 23.1% of males and 2.6% of females have their first sexual experience with a prostitute.

Despite legal sanctions and police crackdowns, prostitution continues to flourish in S Korea, while sex workers continue to actively resist the state’s activities.

So getting back to that opening statement, would you rather live in boring heaven, or exciting hell? Korea offers the latter. Life moves swiftly, new buildings are constantly being built, nightlife and restaurants are endless, sin taxes are almost unheard of. Korea is an incredible place to be young. But once you get older, once you have a family, do you really want to live in 800 square feet, hustling so you can afford housing and education for your children? Do you want to be putting those children through the wringer that is the Korean education system, with classes until 10 PM being the norm rather than the exception for high school students and 8 PM being quite normal for younger individuals?

That’s the dark side of Korea. The country may be rich, but life is hard, even for the wealthy. Leaving Korea means escaping that, but it also means accepting a life that simply won’t be as fun, exciting, or engaging as the one you left behind.

“The beautiful you are the,the better chances of your job acceptance!!” 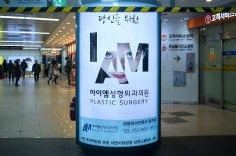 “Welcome to the plastic surgery culture”

And no need to mention about the side effects of a plastic surgery!!

Doing schooling and college in S. Korea is not a piece of cake

The country’s 15-year-olds have the highest reading scores among developed countries, they rank third in proficiency in science and mathematics, and more than 80 percent of them will go to college. The glowing statistics, however, has a dark side: Korea’s youth has one of the highest suicide rates. 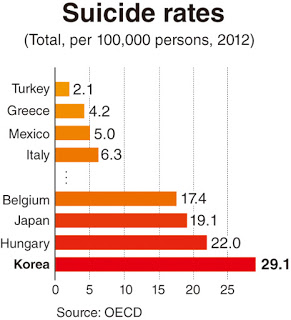 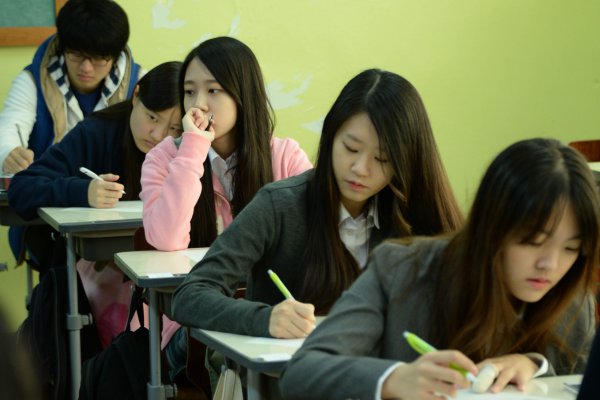 You are pressurised to study day and night,sitting in the classroom for hours,playing games is rarely seen which is very uncommon,you need to run rat race and score the best,or your job is hanged,dont talk about future

Every nation has its own flaws..and

S.korea is trying its best to solve these problems

50+ Tweets That Made Women Laugh Their Asses Off In 2016
Most trippy video ever
What is the Function of Appendix in Animals?
14 Cat Posts From This Week That Will Excite You And Delight You