Dylan Thomas Sprouse and Cole Mitchell Sprouse are American actors. They are twins and are referred to as the Sprouse brothers or Sprouse Bros.

1. When he shared this image.

Photographer captured a photo after they told me I was beautiful. pic.twitter.com/lUQ54HKpSJ

2. When he revealed his true purpose.

I'm just out here trying to make sure Dylan and I never lose our joint Wikipedia page.

3. When he tweeted the most accurate depiction of a classic “nice guy”

"Where's my hug?" he whimpered, further cementing his position on her no hug list.

4. When he finally revealed his truth

The M in my name stands for Mcdonalds, please stop asking

5. When he tweeted a lovely birthday message to his twin.

I'd like to say happy birthday to my partner in crime, my teammate, the person who's always got my back, my twin @BarackObama

6. When he scalped his twin brother Dylan

.@dylansprouse, bro you look like a drunk older man on vacation trying to pick up young chicks at the bar. pic.twitter.com/JcAg6D7q5A

7. When he tweeted this origin story for Riverdale

8. When he said what we were all thinking

"Your ability to take your problems to the internet first is very admirable"- not a single goddamn person ever.

9. When he gave some legit dating advice

10. When he knew what he truly wanted

2 scoops please, waffle cup, and the smallest goddamn spoon you have. I'm gunna make this orgasm last all night.

11. When he dragged himself

I'm also wearing a plaid train conductor's hat so why the hell are you trusting my 10yo opinion??? #IWasAMess pic.twitter.com/fdgaCzFVlt

12. As well as life pointers

Show those haters how it's done by hating yourself most.

You're losing followers because you're not relatable enough. Try mentioning that you eat pizza. If that doesn't work, play the ukulele. 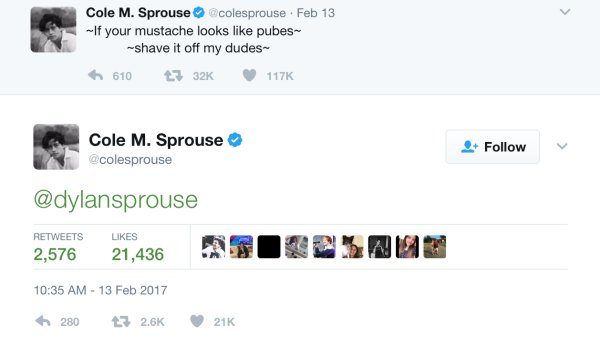 15. Though Dylan sometimes had the last word 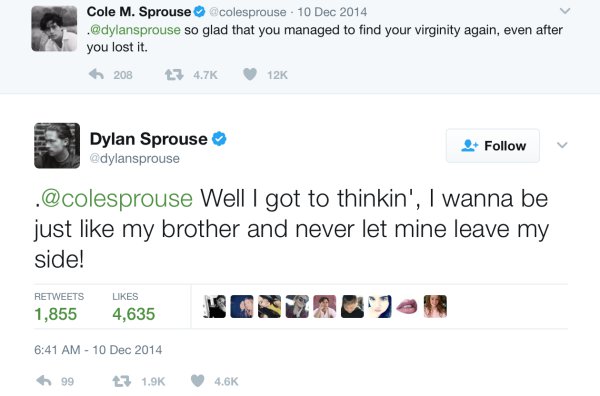 16. When he found out about his own death

Dead on the inside counts too pic.twitter.com/BRhqEnFwen

Lack of Exercise as Deadly as Smoking
What Does Armadillo Mean?
What is Known As an Animals Personal Space?
20 Times People Did Stupid Things And Got Caught By The Internet