What Is The Most Badass Thing Your Parent Has Ever Done?

My dad is pretty badass.

My mom became pregnant with me at 18 while my dad was 21. They had just gotten married.

In order to support our family, he got a job working minimum wage at Del Taco in Palm Springs, CA.

Fast forward 16 years, and he manages restaurants all over the country. He was even offered the VP position of an incredibly popular fast food chain but turned it down in order to keep my family from moving again.

He started from the bottom. He was barely 21 and had recently gotten his GED when he started supporting us. Now he’s incredibly successful.

However, the most badass thing he’s done is save three teenagers’ lives.

He was traveling for work when he came across an accident. The car was on fire and people were still inside.

He pulled over and risked his life for those three teenagers.

He pulled the kids out before the car could explode. They all survived.

My dad was awarded some type of medal for saving those kids and he was featured in many newspapers.

One of the kids’ mom was so grateful, she made a blanket for my dad and sent it to him. He gave me the blanket and I still sleep with it every night, nearly 9 years later.

I love my dad.

I’m 5′-7″ and my father is a good inch or two shorter than me. But quiet and unassuming as he is, he is possibly one of the most mentally tough and disciplined people I know. This story about him is both indicative and hilarious! 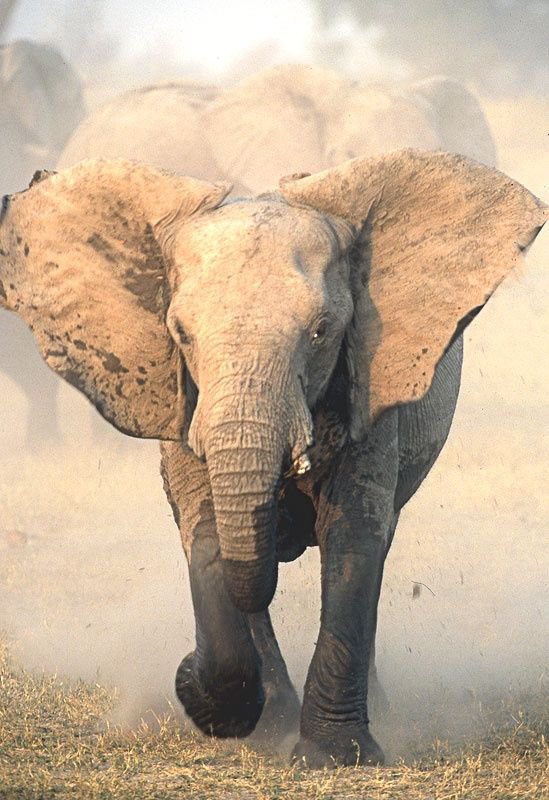 A few years ago my parents, uncle and sister were on safari in South Africa. I couldn’t make the trip due to work commitments. I wish I had gone, I seem to have missed the experience of a lifetime!

Anyway, the family was out in a jeep looking for big game at Kruger National Park. They stumbled upon a young bull elephant that was in an aggressive and unpredictable mood. He trumpeted and snorted threateningly and even the ranger got nervous and prepared to back the jeep away. Suddenly, without warning, the elephant charged at the jeep. My father, stood up straight in the jeep (all 5′-6″ of him), looked this 10-foot beast in the eye, raised his index finger and in his most commanding voice said “Elephant, Stop!!”.

And wouldn’t you know it …… the elephant simply FROZE in its tracks!!! It just stood there momentarily, uncertainly flapping its ears, probably assessing my father and the situation ….. and then turned around and fled!!

Everyone including the ranger gaped at my father, who was enjoying a quiet chuckle about it. Once everyone got over their shock they laughed for a long, long time.

I don’t know about others, but anyone who can stop a charging elephant with just a word qualifies as pretty badass to me. I’m so very proud of him!

What Events Happened on November 2 in History?
These 18 Useless Facts Will Make You Much More Interesting
15 Tweets That Confirm Pregnant Women Are Not To Be Trifled With
What Does It Feel Like To Cheat On Your Partner?