What Was The Weirdest Compliment You’ve Ever Received?

hmmmm mummy you smell so nice!

My old boyfriend kissed the top of my head and said ‘I love the way your hair smells’. Delighted I asked ‘oh, thanks. What does it smell like?’ To which he replied ‘it always smells like lasagne’.

Cut to a couple of decades later, tucking my 5 year old son in bed at night with a big cuddle. He says ‘hmmmm mummy you smell so nice!’ Me: ‘really darling, what of?’. Him: ‘mMMMmmm chicken nuggets AND mayonnaise!’.

Gentleman walks up to me at the library desk.

“Good morning sir how can I help you today?”

“Oh my God” the man stared intently at me, mouth agape, and there was a few awkward seconds. “Your eyes are so mesmerising I can’t remember what I was going to ask you for.”

And he walked off.

I didn’t know what to say and I was so totally embarrassed.. but obviously it was really nice and it makes me smile to think about, especially as I don’t receive many compliments!

This was more than a decade ago, before I got married and had kids.

I was traveling through Dharamsala, in Himachal Pradesh, India. Along with some friends, I went to a little Japanese restaurant managed by a Tibetan refugee and his Japanese wife.

As soon as I walked in I noticed a very attractive-looking young woman. She was short and somewhat plump and voluptuous, and had the the largest, most sparkling smile. And her eyes… it was as if something very joyous was constantly dancing in them.

I felt immediately that I wanted to get to know her better.

As luck had it, I found myself sitting across from her in a small café with a view to the slate-covered mountainside the following day. It turned out we had mutual friends, and as cups of chai were emptied and the night grew silent, we found ourselves alone.

A friend who saw us together several days afterward told me that he had also been interested in her, but was rejected. He said that there were other suitors who had been spurned.

My ego was buoyed up like a bubbly balloon. I thought that I must have had something very special to have attracted her affection.

So one day I asked her.

“Why do you like me? What is it about me?” And I smiled a shy smile, expecting her to say something about my charm or intellect or darkly mysterious beard.

She smiled a large smile, and her eyes did that joyous dance, and she answered, “It’s your teeth!”

Flabbergasted, I frowned. “What about my teeth?!”

Now one thing that you need to understand is that I have some kind of genetic disorder that makes my teeth fairly… non-white. The only time I tried to bleach them at the dentist’s turned out to be a complete disaster. I had these sparkly-white swirls of bleached white surrounded by oceans of off-white yellowness. Not pretty. 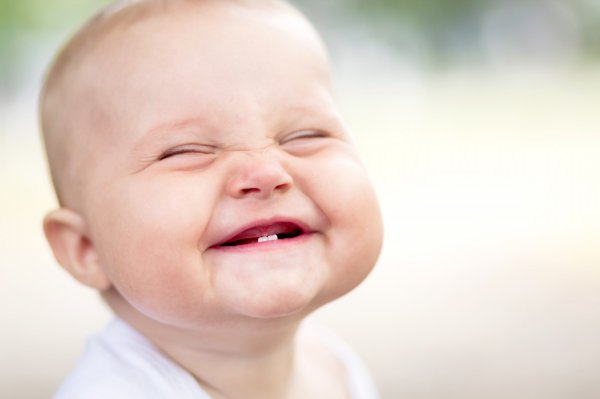 “They’re so small! I love them!” she gave an excited giggle and touched my incisors with a forefinger. “Absolutely tiny!”

My ego was crushed. The tininess of my teeth is what set me apart from other men. Nice.

And that was, without a doubt, the weirdest compliment I have ever received.