What Was The Weirdest 911 Call Ever Received?

This isn’t the weirdest and it was actually a colleague of mine, but it is one I always remember.

Caller: My cat got out and is stuck up in a tree.

Caller: I want the fire department to get her out.

911: I’m afraid the fire department doesn’t do that.

Caller: Yes, they do. I’ve seen it in movies.

911: Maybe movie fire departments do, but ours doesn’t.

Caller: Then what am I supposed to do?

911: If the cat climbed up the tree, it can climb down the tree.

Caller: You don’t know that! How do you know my cat won’t be stuck up there forever and die?

UPDATE: I just wanted to thank everyone for the upvotes. As I write this it is over 18,000 which is just amazing for a silly (though truthful) answer. 911 was a really interesting job for a few years. So many great stories…

I got a 911 call from a female for her husband having chest pains. The ambo checked out on scene and it ended up being a schizophrenic male chasing a female (and now my ambulance guys) with a machete. He then took off into the woods naked with said machete. Officers got dispatched and couldn’t find him, a helicopter got sent and couldn’t find him. I got a second 911 call from a cell phone pinging next door about an hour later from a man laying on a garage floor saying a demon attacked him and he couldn’t get up. I thought maybe the first naked guy had attacked him. That caller ended up being the naked guy with the machete. He hit himself with the machete. Officers got there and he started stabbing himself in the chest. They tazed him, disarmed him, took him to the hospital, and got him on meds. He barely had cuts (Dull blade?) He’s fine now. He brought us cookies last weekend. 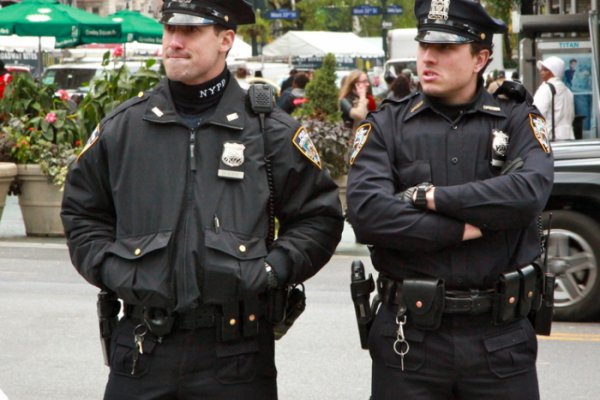 Prior to becoming a sworn officer I spent a few months working dispatch. This was about 13 years ago and I recall it as if it were yesterday. It was the call that, even in it’s simplicity, made me realize I knew nothing about the world I was entering.

Call comes in, there’s an individual lying in the middle of the street in front of XYZ Liquor Store. After I get off the phone I look over at my supervisor. She sees the befuddled expression on my face and asks what’s wrong. I tell her about the call to which she replies “Oh that’s just Jones.” I ask how she knows. She proceeds to tell me that this guy will walk 2 miles to the liquor store, buy a few things and then lie in the road. When someone stops to check on him, he will ask them for a ride home.

I still remember how amazed I was by this. Over the years I worked in that department I ended up dealing with Jones on many occasions. When I would tell him to get out of the street he’d always ask me for a ride home, too.

The Weirdest Thing That Someone Asked
When Does Silence Become Awkward?
Here’s Some Unique 2017 Baby Name Inspiration From Twitter
What Events Happened on February 27 in History?