18 Times Wikipedia Actually Made You Laugh

1. When they created this Inception-like page.
List of lists of lists
From Wikipedia, the free encyclopedia

2. When the vandalism was subtle.

there is nothing left to be dug up. pic.twitter.com/Im1vvYnHNv

5. When Guy Standing was in fact sitting. 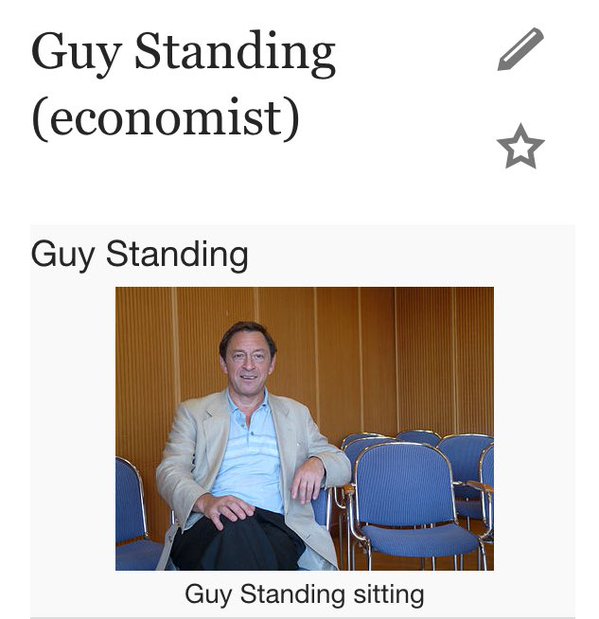 6. When science was explained.

7. When an image caption was improved upon.

Who would have believed that the perfect Wikipedia photo caption could have been improved upon? pic.twitter.com/pLedKWbs1o

8. When this notice was needed.
ohhh wikipedia……… 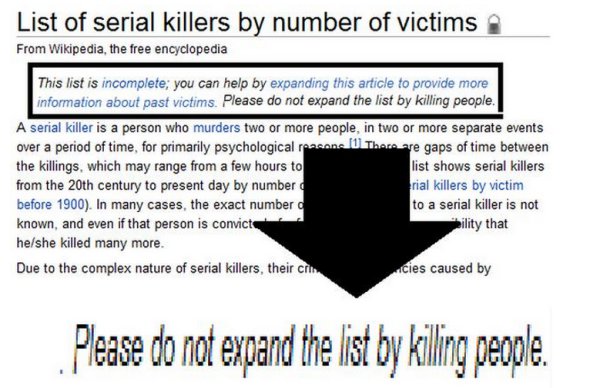 9. When it inspired life goals.

I will know I've made it when my wikipedia is formatted like this pic.twitter.com/xFuFt2M3Jt

10. When the instructions were unclear.

does… does wikipedia want me to fuck the pope pic.twitter.com/yqDAAMOGLw

11. When someone questioned Ray Romano.

Got banned from Wikipedia for making all the verbs on the Ray Romano page hypothetical :( pic.twitter.com/MzwufmB8p6

12. When someone uploaded this accurate image of a stealth blackhawk.
Ha ha, Wikipedia. Very clever.

13. When sideburns were debated.

14. When it was there for us in our times of need.

Whenever I'm having a bad day, I read the wikipedia article for the high five. pic.twitter.com/RonWOFPSlY

15. When someone listed Paul Ryan as an invertebrate.

For a brief period this week, Paul Ryan was listed under "invertebrates" on Wikipedia before it was taken down. pic.twitter.com/EfwRdqqx9x

16. When someone vandalised the vuvuzela page.

17. When someone edited the intro of the Batman page. 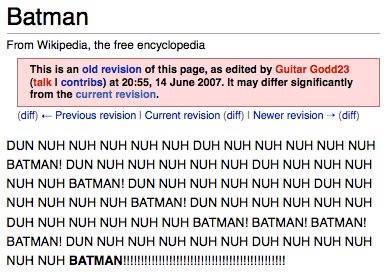 18. When history was shown.

Is Bill Gates the Richest Man in the World?
20+ “Harry Potter” Tumblr Posts That Are Absolutely Hilarious And Borderline Genius
How Many Are Lack Access to Electricity?
Thomas Edison and Henry Ford Invented Happy Wheels