When everybody's going through drama but you're antisocial so nothing happens to you pic.twitter.com/RVaGMaJADD

Wyd tonight ?
Wyd Tomorrow ?
Why you not texting back ?
Me : pic.twitter.com/U3bpjJYEgI

me: the world is such a wonderful place bro i just want to travel and go on adventures forever

when the group plans are cancelled & you never wanted to go pic.twitter.com/ZEcPOsHSQx

me when my friends don't invite me out with them but also me when they try to get me to go out pic.twitter.com/0vbDhsR90n 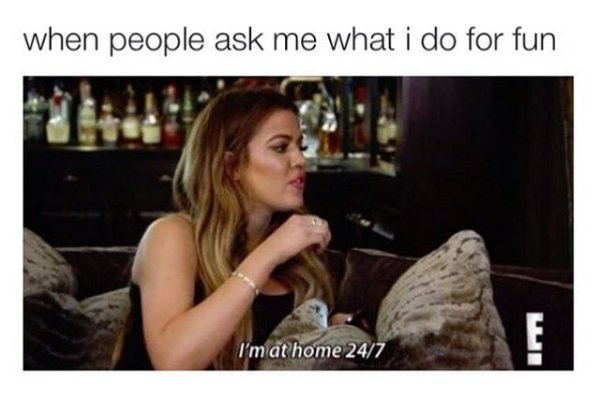 "Oh wow, the plans got cancelled? I was ready to go out too. Smh" pic.twitter.com/Om0qqdRhAv

me looking @ the 0 notifications im receiving cause i've isolated myself & ruined all my relationships with my friends, family, and partners pic.twitter.com/s1wVV8Sh1v

Making plans when you're in a good mood vs when the day comes and you actually have to go pic.twitter.com/EW3y68szr3 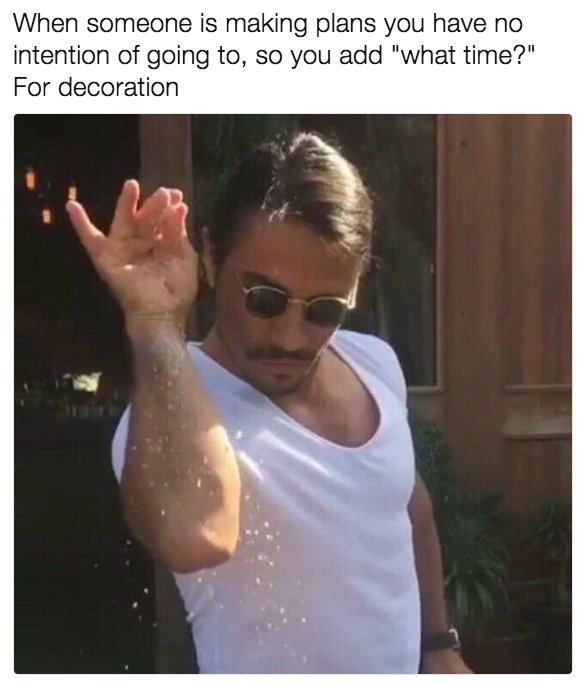 when your friends cancel their plans with you on a Friday night and you gotta act sad but inside you're celebrating pic.twitter.com/bks0c1w7pp

When people ask about my love life pic.twitter.com/rlBY7skMeF 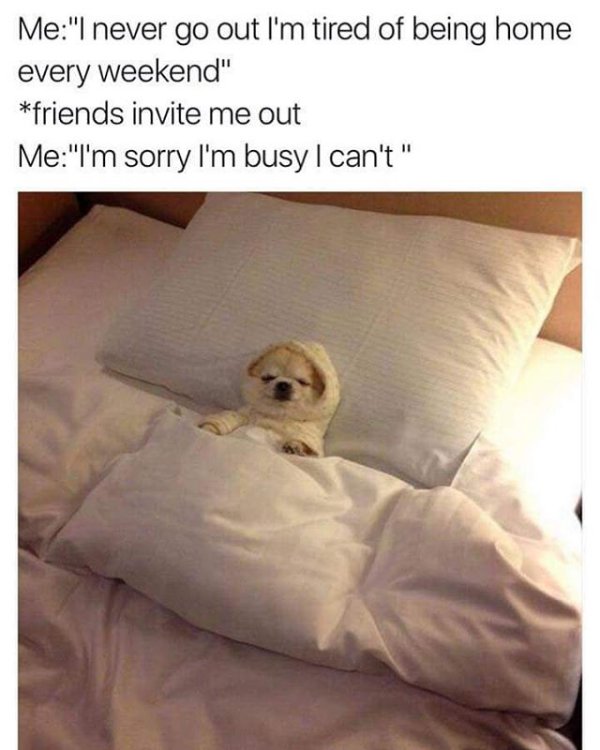 Everybody last night vs. me watching y'all snaps pic.twitter.com/cCq9rHrDGN

If I had a dollar for everytime I stayed at home & didn't do shit on the weekends pic.twitter.com/fWg1adwbQG

When people ask me what i do for fun… pic.twitter.com/GwUZrmOhbl