What Do The British Do Better Than The Americans? 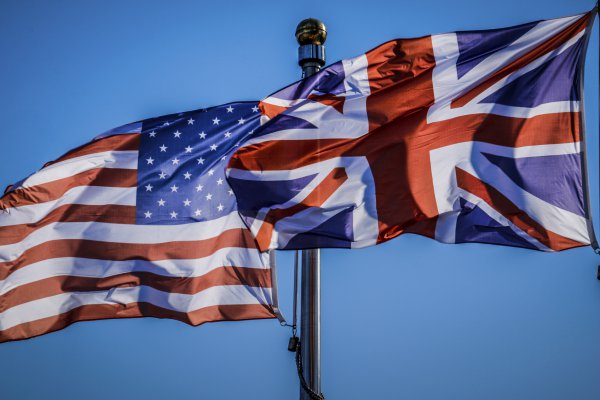 1. They call hamburger beef burger because it’s clearly made of beef.

2. They call soccer football because it’s clearly played with the foot.

3. They use the SI system because so does the rest of the world.

4. Their sockets can be switched off because it’s easier, safer and more energy efficient.

5. They look at the day first, as in dd/mm/yy instead of mm/dd/yy because for around 30 days in a row, the month is the same as yesterday.

7. They have portion control, resulting in higher life expectancy while we have supersized everything (because why not?), resulting in obesity (this is why not).

8. They have nice relaxing afternoon teas with custard cream biscuits while we drown ourselves in Starbucks just to maintain functionality.

9. Their native sports, football, rugby, cricket are adopted internationally while our sports reside mainly in America.

10. They have 28 days of paid holiday by law, not including maternity leave, sick leave, etc. while we have 0.

11. They have free universal healthcare, praised as the best in the world, while we remain the only developed country (out of 33) that doesn’t.

12. They have Charles Darwin on their 10 pound note while we are 42% creationist.

13. They produced Harry Potter, Lord of the Rings, The Hobbit, Chronicles of Narnia, Sherlock Holmes while we produced Twilight.

14. They produced Adele, David Bowie, Elton John, Mick Jagger, Coldplay, Radiohead, Muse, Queen, Pink Floyd, Led Zeppelin, The Beatles, The Rolling Stones, The Kinks, The Smiths, The Libertines, The Who? (The British), The Faces, The Waterboys, The Buzzcocks, The Sex Pistols, The Clash, The Zombies, The Slits, The Stone Roses, The Cure while we didn’t.

15. Their national animal has a full head of mane while ours is bald.

16. They know how to primly and properly queue while we mass frenziedly.

17. They know how to primly and properly apologise, for everything.

18. They know how to primly and properly drive on the right side (wrong side) of the road.

19. They know how to appreciate the sun because though the sun never sets in the British empire, it rarely shines in the motherland.

21. They have a greater grasp of sarcasm, irony, self-deprecating humor and also, the entire English language.

22. They beat us at politeness and profanity at the same time.

23. The English accent is more attractive than the American accent. This is just an indisputable fact of nature.

20+ Photos That Can Trick You Easier Than A Magician
What do guys wish girls knew?
The Biggest Plot Twist Of My Life
What Percent of the World’s Population is Hindu?