Dating is like a roller coaster. Sometimes it's fun, sometimes it's awkward, but you never know how it'll go until you try.

1.
Tinder is the best place to find a husband. Sure it’s someone else’s husband but there are a lot of husbands on here.
@inikoblue

2.
Dating apps are like going to a zoo: It’s fun to look at different creatures, but meeting some of them up close would be fucking terrifying.
@sgrstk

3.
{first date}
Him: You look tense
Me: I’m so nervous
Him: Aw. Just be you
Me: IVE BEEN HOLDING IN A FART THAT MIGHT LAUNCH ME TO CANADA
@SufficientCharm

4.
Such a double standard between men & women, like when men have sex with lots of women they’re “players,” but when I do it I’m a “lesbian.”
@Im_Tricia

6.
Dating is collecting information about someone until you realize you don’t like them
@AmberTozer

7.
I just want someone who looks at me the way my brother looks at ketchup 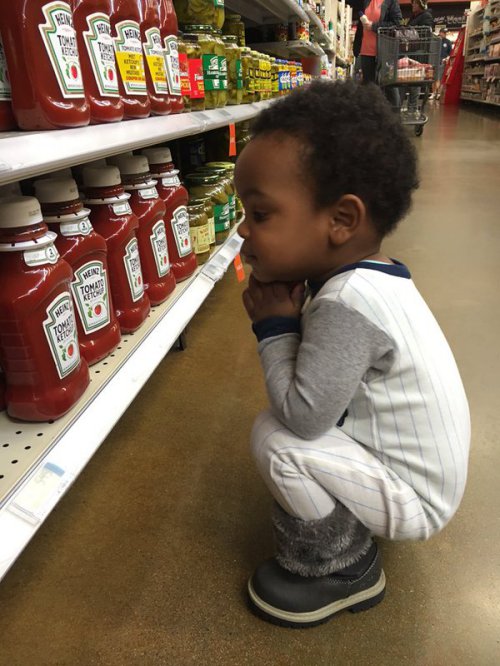 8.
DATING TIP: Hold the door for your date. Rip the door off its hinges. Use the door as a weapon to fight off other men. Establish dominance.
@jwoodham

9.
A flirty thing to whisper to a guy checking out your butt is “I keep poop in there” but don’t forget to wink or it won’t work
@TheSofiya

10.
my ex has had a really hard time moving on. from what i can tell through his blinds, he is currently eating (something we always did)
@MindyFurano

11.
Pokemon Go is already more popular than Tinder, another app where you swipe to find monsters in your area.
@michael_hendrix

12.
Dating is like trying to find a piece of hay in a needlestack
@sheastrauss

13.
[introducing myself to new boyfriends parents]
“Hi, I usually don’t make it this far”
@caliluvgirl77

15.
Dating me is like binge watching a show. After a while you realize it isn’t that great but you invested time so you reluctantly keep going.
@Sarcasticsapien

16.
Let’s not say we met on Tinder, that’s embarrassing. We’ll say we met the old-fashioned way when ur dad gave my dad several goats & a fence
@KevinFarzad

17.
Someday you’ll meet someone amazing who just gets you. And they won’t want to date you either
@InternetHippo

18.
Chances are, you’re the reason someone thinks dating sucks.
@imaliwaller

19.
[First date]
*ketchup bottle makes a fart noise and my date doesn’t laugh*
Me: “This date is over.”
@Rollinintheseat

20.
Nervous around the person you like? Sue them. They’ll be forced to see you in court, well dressed & in control. Let the law be your wingman.
@MindyFurano

21.
New boyfriend is allergic to kitten so can’t keep him :( He’s ginger & named Tom. Friendly. Comes when called. 28yrs-old & works in IT.
@peachesanscream

23.
i love meeting boys on tinder

24.
[undoes GFs bra first time]
“wow have you been practicing?”
don’t be ridiculous
[me and dog exchange glances]
@KeetPotato

25.
dates 1-4: let me tell u about my extremely normal hobbies and interests
date 5: i don’t think the moon is real
@bobvulfov

27.
collecting tinder matches like pokemon cards:
“oh you got a guy-holding-fish?? I have three of those!”
@tesladrianne

28.
WOMAN: guys suck
GUY: ugh I know right? guys are the worst. except me haha. i am good and nice. can you send me pics of ur feet?
@dubstep4dads

29.
I wish instead of reading “it’s complicated” people’s relationship statuses just said ” I’m fucking a guy who won’t call me his girlfriend”
@jennyandteets

30.
Hook-up culture’s not for me. I’d rather get to know someone, find out they’re not right for me, then keep dating them for 2-3 years
@ElizaBayne