What Are The Worst Travel Experiences You Have Ever Encountered?

After a long tiring day at work I boarded an AC sleeper bus to Bangalore from Chennai.

After a long tiring day at work I boarded an AC sleeper bus to Bangalore from Chennai.

For those who don’t know what a sleeper bus is, it looks like this. 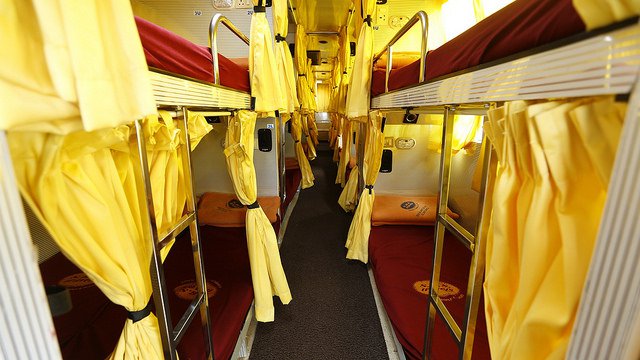 As I couldn’t get single berth I booked the first upper double berth. I reserved window side hoping for another female to accommodate the aisle side. The driver informed me that a lady named XXXXX will board the aisle side. Bus started around 10.30 pm and I fell asleep instantly.

Around 12:00 am boarded a couple with a kid sound asleep, not more than 2 years old.

The wife was supposed to take the berth next to me; apart from the seat next to me they have also booked the last lower double berth for the husband and the kid. At least that’s what I thought.

To my surprise the wife went ahead to the lower double berth while the husband hurriedly placed the kid next to me and rushed to his wife. I called him and asked why the kid was left unattended; he told that the wife will come once they finish their dinner. He also requested me to look after the kid until his wife returns.

It was midnight; I was extremely tired and had an equally tired toddler to take care of.

The wife doesn’t seem to return for the next 30 minutes. I pulled the kid close to me and rested on the bed still holding his hand. I have no idea when I fell asleep but when I woke up it was 1.30 am and the kid was at the rim of the berth. I got panicked and picked him. Amidst the sudden jerks of the bus I carefully placed him on my seat and got down still wondering what meal they were having for such a long time.

The bus was completely dark; with the help of my mobile screen’s brightness I reached the last berth and called them. As I didn’t get any response I moved the curtains, only to find them awake in a compromising position.

Shocked and embarrassed, I swiftly moved and informed the driver & attender about the unattended kid. I didn’t tell anything about the ‘dinner’ because I really didn’t know how to put what I saw in words. The driver & attender didn’t seem to care, they simply asked me to go and sleep. I climbed back to the aisle side but the unsettling thoughts didn’t let me sleep. I had no idea why I did that, but I checked the child’s heartbeat to confirm that he is not dead. Thankfully the kid was breathing.

I have never spent so much time with a toddler before, I was already sleep deprived and it was really uncomfortable. All my tries to get some sleep ended in vain when the kid hugged me from back whispering ‘amma amma’.

Shit, He mistook me for his mother.

I felt pathetic for that innocent kid. I tried pushing him away gently but he won’t go. The entire night he slept cuddling me, the entire night I was wide awake. The Bus reached electronic city by 5 am, people started getting down but I couldn’t see his ‘parents’ until the bus reached majestic. When the bus was about to leave majestic they rushed from the last berth and got down picking the kid.

The kid who slept through the entire night started crying.

That is the longest night I have experienced so far.

They were apparently not married, from what i understood the woman must have been a prostitute and the Man her customer and baby i am not sure must have been hers or may be not hers, but i am sure the baby is a decoy. I have heard from my friends that these kind of things happen in sleeper class bus plying to Bangalore.They mostly do this just to avoid police raids. This was the main reason why they didnt bother to check the baby. Can you ever imagine a mother leaving a baby unattended in a bus like this????. The reason is because that women was busy attending her customer all the while you were with the baby. One more thing that i would like to appraise you is the baby must have been drugged that is the reason why the baby didnt cry when it was with you and slept the whole night. Moreover the diver and attendant knew about the entire situation before hand itself that is why they didnt bother to help you when you asked him to. In case a police raid is followed up, what they do is they normally wave the bus enroute and no sooner the bus is waved down, by the time they slowly park the bus(they take time to do it, to ensure that the whole thing is covered up) the customer and the Pro would be immediately be alerted by the attendant and even if they (police) beat it by catching them off guard by raising the curtains the baby would act as a deterrent for any further questions.

We were in Milan just walking into Sforza Castle and some guys approached us. They were all smiling and friendly and took out these colorful wristbands to give to us. 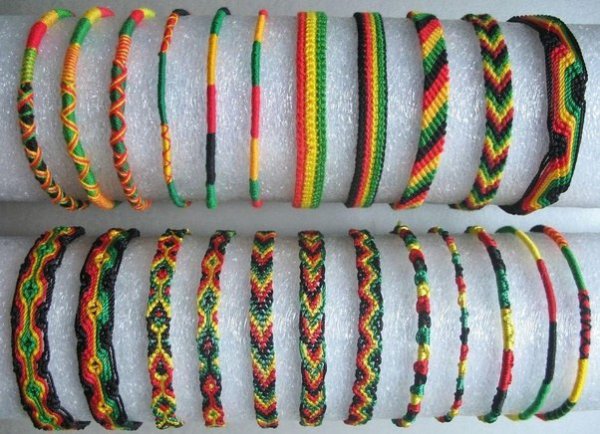 these are not the actual wristbands they gave us, the actual ones were much simpler and not good enough for selling as a commodity

I’m experienced enough to know it’s a ploy to get money so I tried to walk away, but they blocked us and still smiling said to us (I’m Chinese) : “this is to help Africa, China and Africa are good friends, the wrist-bands are free, it’s for friendship, to show support for Africa”……and then took my arm and put it on my wrist.

The moment the wristband got onto my wrist those men suddenly changed their expression and started saying “you have to pay”. It’s SCARY how their faces changed so SUDDENLY!!!! They followed us and threatened for a while, but we eventually managed to get off.

I know this happens all the time in touristy places. But what really disgusted me was how they used people’s sympathy and soft-spot for Africa to cheat money, by the name of “friendship”.

They were not local white Italians

I didn’t want to use “African” because I didn’t know if they were actually from Africa or if they are immigrants.

I didn’t use the word “black guys” because I know Racism is a dangerous place to meddle into.

I didn’t use the word “foreigners” because I myself is a foreigner in my country of residence and would hate it when locals blame all the problems on foreigners and immigrants.

I didn’t just say “guys” because I didn’t want Italians to come out and say “Oh it’s not our fault, those people are foreigners/Africans/immigrants” etc.

Therefore I used the word “ethnic” to convey the fact that those were not white Italians and I wasn’t sure of their nationality or origin, and didn’t want to make it into a racist thing.

Anyway, I strongly feel that there is no need to explain all of this because the essential point I want to convey in my answer is: it is disgusting to cheat people’s money using their sympathy and compassion.

Yes this kind of things happen everywhere. But people are too sensitive nowadays with certain descriptive words that there is literally no word you can use not to offend anyone. Even if no adjective was used, people would interpret the void as silent discrimination. I have lived half my life outside my home country and if there’s anything valuable I have learned, it is to stop judging people based on their nationality or race, but more on their morality and values.