17 Celebrity Tweets You Missed This Week

Here’s everything you missed this week!

I'm still upset that Vine is no longer

3. Cole Sprouse had some existential thoughts about food.

On the way to New York. Have me one rolled please.

5. Jenna Fischer revealed everything she kept from The Office

Memeing my way into a higher tax bracket

9. Christina Applegate reflected on some Married With Children memories

I can't believe it was 30 years ago today that Married with Children premiered. First show on FOX. Along with the Tracey Ullman show. Woah

12. Zara Larsson dreamed about that Jay and Bey life

I want that Beyoncé and Jay Z love 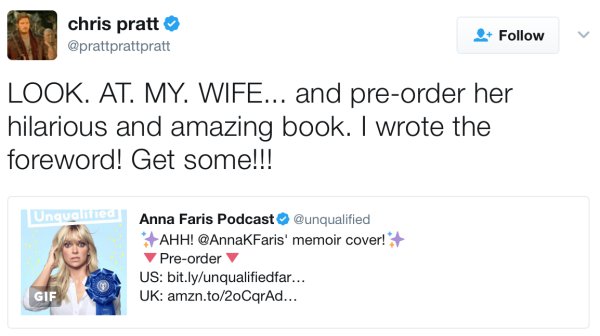 They’re gonna kill me for posting this #tbt pic.twitter.com/9ogYb4NzcQ

He was the love of my life . Don Rickles is funnier right now in death than most comics are in life. pic.twitter.com/jcWIhdJsgX

@Harry_Styles proud of you H. Glad you're getting to do your own thing