What Is The Biggest Mind Blow Ever?

You have never ever touched anything in your life.

If you’re reading this, you’re probably holding a cellphone right now, or the mouse of your computer, or your laptop is resting on your lap (serving its life’s purpose). You’re probably sitting on a chair, in front of a desk or on a toilet seat or relaxing on your bed. Or hundred other things.

I am sorry to shatter your misconceptions, but you have never actually touched any of ‘em.

As we all know, everything, including humans, is made up of atoms – the smallest constituent particles of matter. Every atom has a nucleus at the center, around which the negatively charged electrons continuously revolve. And …

So technically, whenever an object is seemingly touching another object, the repulsive force between the electrons of the two objects prevents the direct contact between them.

Our brain perceives this repulsive electromagnetic force as the sensation of touching.

So whenever you sit on a chair or throw yourself on the bed, mind it that you are not touching it. You are hovering over it (by infinitesimal distance)!

Also, you can say that you have never touched yourself.

Electrons can not touch each other: this is a fact. We can not touch anything is a very interesting inference. I am not a scientist. I simply shared what I found extremely amusing and mindblowing. 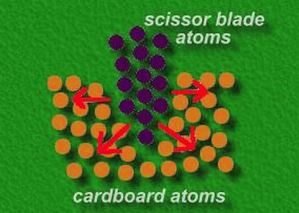 The scissor blade (generally made up of metal) atoms are packed much more densely packed when compared to those of a cardboard. The force III of repulsion exerted by the atoms of the blade pushes the cardboard atoms away from the area of proximity – resulting in the cutting of cardboard. The density of the matter matters a lot (pun intended). Same is with the piercing of a needle or scratches. Or an unfortunate accident. The concept of force will almost remain the same and human body (the skin, tissues, bones) is relatively fragile compared to a road or falling from 60th floor.

JUPITER DOES NOT ORBIT THE SUN.

Yes what we have learnt in school has been proved to be incorrect.

The mass of Jupiter is actually 2.5 times than the mass of all the other planets combined. It has been shown that the planets and the sun revolve around a common centre of gravity(called the barycentre) which depends on the mass of the two bodies. Planets are usually too small compared to the sun. Hence the common centre of gravity lies near the centre of the sun, thereby making it appear that the planet revolves around the sun.

On the other hand Jupiter is much bigger. Thus,the common centre of gravity lies just outside the sun’s surface. Hence both Jupiter and the sun revolve around this point. This even makes the sun wobble a bit!

Consider a 256 pixels wide, 256 pixels tall greyscale image like below 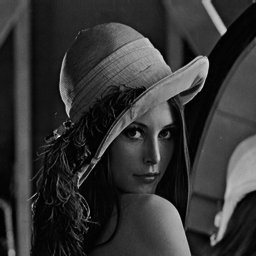 And it is very easy to write a program to show these images in order, so in some sense we can ‘see’ all of past and future.

2. Nearly all the images would be totally unintelligible, only a miniscule number of them would have any meaningful patterns perceivable by human eye

3. Since the set has every possible image (in a 256×256 frame) It will have every possible ‘future’ and every wrong equation, there’s pretty much no way to sift through the data.

4. The total images are so large, it would take many times more than the age of current universe to create them, so not at all realistic.

5. Just a fun fact to ponder, that is in theory true, but not realizable.

15 Celebrity Tweets You Missed This Week
What is something crazy that your neighbor has done?
Here’s Everything Microsoft Got Right About Today’s Technology Back in 1999
50+ Sad Adulthood Tweets That Will Make You Laugh Then Cry