What’s The Most Embarassing Thing You Have Seen In A Hotel Room?

On New Years Eve, I accidentally walked into the wrong hotel room.

That wouldn’t have been so bad in itself, except that:

I was only wearing a bathrobe, high heels, and a full face of makeup;

I confidently shouted “Don’t I look amazing or what?”, upon entering the room as if I was a runway model.

Now, I expected to find my sister in this room. My dress was packed in her luggage, and I had gone to go get it.

To my surprise, I found a Russian couple in their fifties instead. The woman was lying in bed (also in her bathrobe) watching tv, and the guy was sitting at the edge of the bed facing the door I just walked in, giving me a death stare. 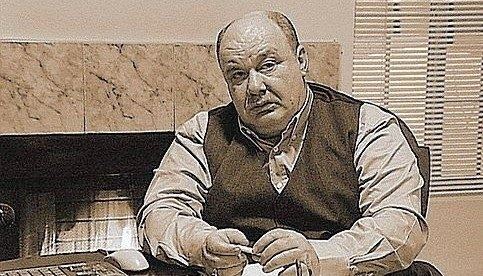 This guy, also happened to be only wearing boxers. He was bald, with the curliest chest hair I have ever seen.

Safe to say even my three layers of foundation could not hide how red I became.

Turns out I got out of the elevator on the wrong floor. Oops.

Only recently at my hotel job I was asked to take up some iced water to a room at about 11 o’clock. Upon knocking I hear shouts of “oh do, come in!” and whispers of “”mm, yes water is here girls!”.

Entering the room I’m greeted by two formally dressed girls in pink, all very familiar and friendly. There’s pink balloons and flowers dotted around the room and lots of booze. I pour a couple of glasses and after chatting a little (transpires they had been on a hen do night out) I go to make my leave.

As I get to the door, the shower I’d heard in the background suddenly stops and out bursts the bride to be completely naked. It’s soon explained that they’re back so early due to one too many cocktails for the bride at dinner.

Becoming a bit awkward at now being the only sober, fully dressed girl in the room I rush to make my leave – ignorng the incessant requests of staying for a drink- and head to the door very quickly. As I close the door on the way out I’m leaving to shouts of “”amazing girl, such a great girl!! We’ll tell your boss you need a promotion!”

This happened a day after my brother’s wedding night.

It was late 90’s when my elder brother got married and since the house was full of relatives, my cousins planned their first night in a Hotel .

The next morning they came back and they did not vacate the hotel. My brother gave the keys to me and asked to check out. That’s when I thought I would take my friends along, who worked very hard attending guests the other day, and enjoy those cozy beds, hot shower and of course the AC. So I gathered them all and got some stuff to eat and went in.

Ta..da we opened the doors with excitement. Soon I realized it was a very bad idea to get my friends along.

The bed was full of those crushed jasmine flowers still smelling, the white bed had plenty of blood stains (someone lost virginity) and my brother’s underwear was still on that bed. The scene itself was just dying to explain what happened last night. I was just red faced in embarrassment. No body came near that bed!! We left soon after.

Chernobyl Has Become A Refuge For Wildlife
Why Do Sea Otters Hold Hands While Sleeping?
18 Best Friends Who Are Impressively Extra
26 Wholesome Tweets For When You’re Feeling A Lil’ Down