What Are Some Private Things You Have Caught People Doing?

While directing a show for community theater, I arrived early one evening and climbed the back stairway to go up into the booth, in order to switch on the lights and warm up the stage.

I found some of the switches in the “ON” position. I thought that was strange. I was positive we had shut them all down after rehearsal the previous night, and started to fear our theater was “haunted” by the ghost of a restless actor who never got their big break, (but who probably only figuratively “died” on stage there.)

I found it especially peculiar the spotlight was lit, and was focused on the stage. We hadn’t even been using the spot the previous rehearsal.

I put down my bag, and gazing through the booth window, followed the beam of light down to the stage.

In the circle of light stood the janitor.

Just standing there. Silently. With his arms outward in a victory salute, Rockstar-style, as if he’d just given the performance of his lifetime and was listening to the imaginary cheers of 40,000 adoring fans.

He held the tableau for a few beats, then abruptly collapsed, the dream expired, as he picked up his broom and quietly moved off, stage left.

(What I wouldn’t have given to have arrived five minutes earlier to see his performance!)

I grabbed my bag, and quickly ran back down the stairway and into the hallway, where I pretended to “run into” the man on his way up into the booth. He had to turn off the lights to cover up his secret fantasy rockstar performance. I suspected it wasn’t his first.

“Good evening, Wendi.” He blushed, looking embarrassed. “I was just on my way up to switch off the board, I uh, had to uh, turn them on to see the stage better so I could sweep in the corners.”

I suddenly had a rush of compassion for the sweet man and inspiration struck.

He was a hard working guy, high functioning, with Down Syndrome. He never missed a day of work and he loved the theater. He had been to every show for the past twenty years he’d worked there, and was proud of that fact. He made sure to remind me every time he saw me. 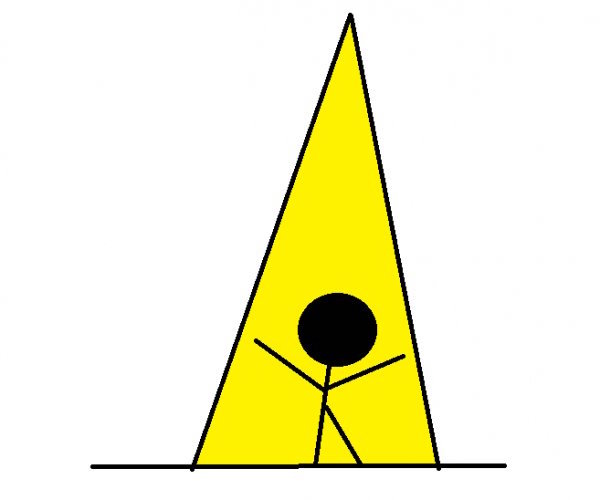 “Randall, I was wondering if you would like to be in my show? It is just a small part in the chorus. In one scene. You would need to learn a song, and it doesn’t require much dancing or anything. You would be a star!” I asked him in all sincerity, not because I pitied him, but because I’d just caught the last part of his secret “audition” and to me, he was compelling, amazing, and captivating; I couldn’t take my eyes off him. He deserved his moment in the spotlight.

His eyes got wide, and he smiled the biggest, toothy grin, and just like that, we had a new cast member.

I put him in a group number, near the edges. He missed every cue, and was a half beat late for most of the synchronized hand gestures, but that didn’t matter.

Not to the cast, not to me, and certainly not to the audience.

When his group came down for curtain call to take their bow, that line of cast members got a standing ovation every single night.

Randall smiled and raised his arms, just as I’d seen him do the night I’d spied on him from the booth, while capturing imaginary applause from a pretend audience.

Only this time it was real.

And it was all for him.

20+ Baby Animals That Can Fill Your Heart With Joy
When a Crow Dies, Other Crows Investigate
14 Dog Posts From This Week That Are Very, Very Pure And Goob
The most inspiring fact