This cat as a metaphor for imposter syndrome. pic.twitter.com/yqtQecS5X3

Men statistically have larger brains than women, which is why men are usually smarter and elephants rule us all from their laser-hovercraft

"You might be a working astronaut, BUT I AM A MAN" pic.twitter.com/cHutFjExmB

scientist: "does everyone here know what Watson and Crick discovered?"
me from back of room: "Rosalind Franklin's notes"

You guys, I'm starting to suspect it might be systemic or something pic.twitter.com/GRniD6vPNY

I'm guessing Richard Davies knows best what it's like being a woman in science. pic.twitter.com/Udtuq1Cqn2

Perhaps I should give my PhD to this person who knows lots about a book they haven't read. pic.twitter.com/DO9eoiCWO7

*two women having a conversation*

@voldemortsbicep i'm so sorry but this was truly perfect pic.twitter.com/qswbc5rHc5

male scientist 1: well?
male scientist 2: it's for sure one or the other
male placard shopkeep: guys, we're closing pic.twitter.com/eKf96HOpgy

@gary4205 I dunno, man, I already went and got a PhD in astrophysics. Seems like more than that would be overkill at this point.

Guys. I can't tell you how frustrating shit like this is. Especially having to deal with comments like this over and over and over… pic.twitter.com/LmYN1vzdUD 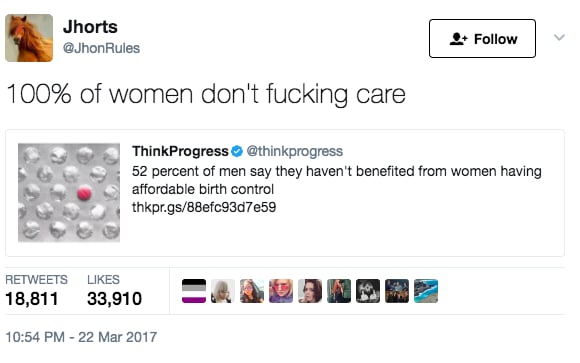 30 Times Bored Elon Musk Had The Best Invention Ideas That Would Absolutely Change The World We Live In
I need pictures of you vehicle
At What Point Did You Realize No One Cares About You?
Defector sends “The Interview” to North Korea