What Are The Most Interesting Things That Have Happened On An Airplane? 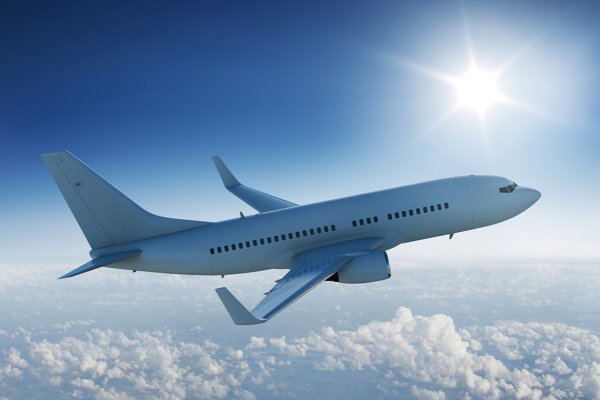 Each time you board a plane and look for your seat, a small part of you is begging to be seated beside someone interesting.

After spending hours of flying besides snoring, noisy and boring old people, this time I finally found a skinny girl in her mid twenties seated beside me. For once I was seated with someone who smelled nice, had skinny elbows, and seemed likely to stay up during the flight.

As soon as the safety belt sign went off, she took out her brand new “laminated” laptop with Windows 8 and started fiddling with it. After hopelessly struggling with it for over ten minutes, she turned to me,

“Excuse me, can you help me out with this?”

“Of course, What is it?”, always interested to play around with the then newly released Windows 8.

“I am unable to catch wi-fi signals on this?”

I look at her, with all my shock and horror clearly visible on my face,

I know about ATG systems like OnAir, but they aren’t available in India

But she thought she was wiser, and chose to say something, which almost made me smash my head on her laptop,

“But my laptop has “airplane mode”, Wi-fi should work in airplanes, No?”

I had just hit the rock bottom of tech-lowness in my life, and in that flight, I chose to sleep, instead.

I was sitting at the aisle seat & there was a young married american couple sitting beside me. As a normal thing when flight took off we started talking to each other.

He: Are you a software professional?

Me: Yes (I am an Indian with Indian English accent, so was an obvious question for me while starting a conversation with Americans)

Me: I work in a bank as a Tech Lead & involved in web development

He: Wow you must be knowing about how browser works & internet works

He: I also work in a bank as a teller

He introduced me to his wife as well. We had a nice chat for 15-20 mins & then kept quite. After almost 30 mins his wife went to restroom & the guy suddenly took out his laptop. He looked very impatient till it started.

Me: I was silent for a moment & looked around if anyone is watching over us but no one even noticed our conversation. I was not really willing to even touch his laptop but he started insisting on it saying “Please be quick, she will be back soon”.

I checked his laptop & he was having Skype Log Viewer installed, that’s how his wife knows all his chats even after logout.

Me: Look, this seems like you personal matter I don’t want to be involved but upon his many requests I just said that uninstall Skype Log View & she won’t be able to see your messages Also make sure that its not installed when you talk next time. Make use of “Private browsing” / “Incognito mode” to avoid history & URL recording.

While talking, suddenly I turned back & Oh my god moment!, his wife was just behind us listening to everything. I don’t know when exactly she came. She didn’t say anything went few seats forward with her hand bag / ladies purse & sat there without saying anything. It doesn’t need a scientist to figure out that she was extremely angry & disappointed.

I really don’t know what happened later on but I was extremely scared till I came out of the flight.

16 People Who Have Without A Doubt Definitely Found Their Soulmate
30 Marriage Tweets That Prove Husbands Are Just Big Children
How Many People Die from Water Related Diseases?
20 Times People Did Stupid Things And Got Caught By The Internet