24 Jokes About Work That Will Always Be Way Too Real

me: (texting boss) we still on for work today?
boss: yes. you dont have to text me this every morning. we're "on" for work every day mon-fri

Me: just quit your job pic.twitter.com/TOPRHOoa2d

me: i don't have time for workplace drama, i'm here for a paycheck
also me, when my coworker says she's annoyed w someone we work with: pic.twitter.com/ciQ6oikRtJ

Ma’am, I’m doing everything I can pic.twitter.com/2ZoL6sUMgD

BOSS: We need to improve morale
ME: Okay
BOSS: How about an office party?
ME: [crosses out "replace coworkers with puppies"] I guess

Interviewer: Are you willing to work nights and weekends including holidays
You: Sure…… pic.twitter.com/VV9pdX1Vpa

Office fun: replace your coworker's mouse with a larger mouse so he thinks his hands are shrinking then call him "baby hands" until he quits

Me: so stay? or leave? I'm confused

co-workers: HOW WAS YOUR WEEKEND?!?!

Me agreeing to an extra shift at work vs me the morning of that shift pic.twitter.com/2jXeE8ptnT

When a customer wants to speak to the manager and the manager just tells them the exact same thing you didpic.twitter.com/ZdPiji6VGK

That awkward moment when your crewmate gets into the wrong truck outside A&Epic.twitter.com/pLgGPmZML9

St. Peter: Why should I let you into heaven?
Me: Once a coworker said "supposably" 7 times in a meeting & I just let her
StP: Get in here

Adorable idea. Colleagues have been writing names on their food in the office fridge. I am currently eating a yoghurt called Debbie

*walks into university & grabs intercom*
"IT'S ALL LIES. THAT ENGLISH DEGREE IS USELESS"
*fighting noises*
"YOU'RE GOING TO WORK FOR TARGET"

Calling into work sick and adding that last cough at the end of the phone call pic.twitter.com/lZmumnQuJF 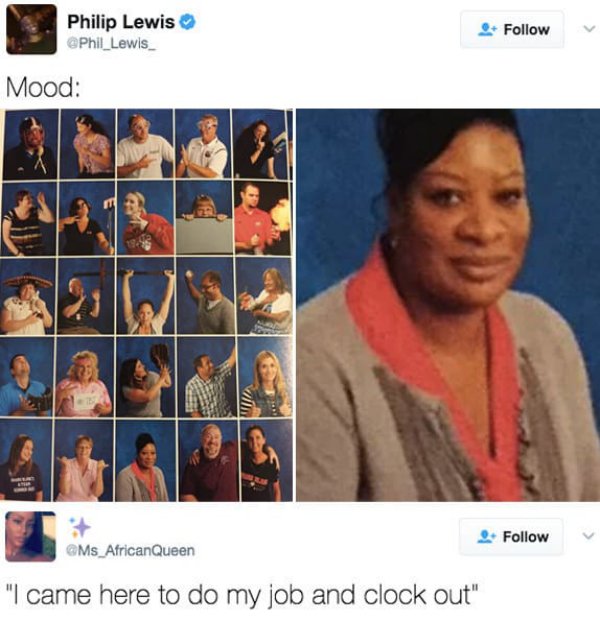 I'm trying to convince my coworker to go to lunch so I can eat the skittle under his desk pic.twitter.com/z8V3kVzuO2 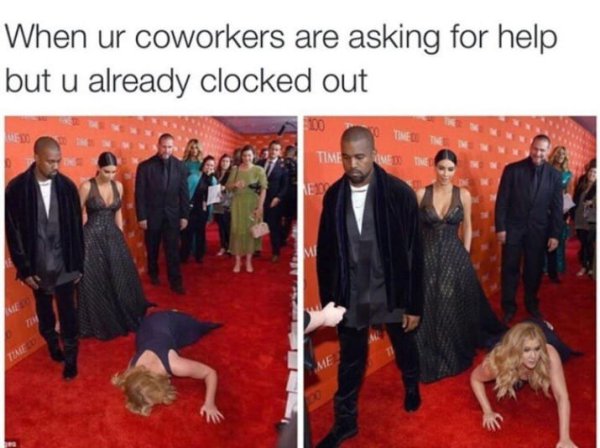 lol my boss just called me into his office and told me I've been spending too much time on twitter. Hold on he's saying something else now 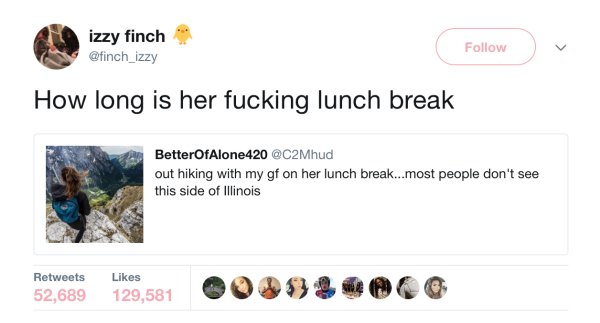