What Is One Ridiculous Reason For Which You Got Kicked Out Of Class?

For trying to keep warm during WINTER.

This particular school had two uniforms, a formal that for girls consisted of a white blouse and a skirt, and a sport uniform which was school branded shorts or tracksuit pants and a polo.

Now for junior secondary, in the formal uniform no tights, long socks or long pants were allowed. At all. For girls in winter we had to freeze.

So this day was about 6°c (42.6°F, extremely cold for us living in the tropical weather. It had been cold the last few days, and it was what they called a “formal Friday” so that morning I wore my blouse as usual but instead of the skirt I wore my tracksuit pants and got my dad to write me a note.

I arrived at school and my form teacher let me off, agreeing it was cold. I went to my first class math, and that teacher let it go aswell. Then I had Science and it wasnt the actual teacher that sent me to the BSR (behavior support room) it was one of the three really nasty teacher aids we had in the class.

So I went off, kicked out of class and condemned to the room in which they send people who carry drugs or weapons around at school, as well as those who have small nike ticks on their socks.

The ever grumpy BSR teacher started going off at me for trying to be warm and I told her calmly that I wasn’t going to freeze because of their sexist ideologies.

She sent me to the office.

The office lady gave me a copy of the dress code. At this point I was cold, angry, and missing my favourite class (Home economic).

I told her to shove the dress code up her ass.

Annnd got called in to the deputies office. She made me apologize and sent me home. But not before calling my dad who told her it was idiotic that we had to wear skirts and freeze. 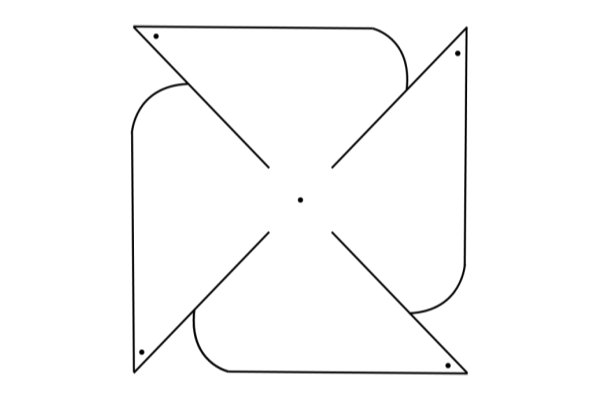 I drew an image similar to this, and basically what happened is as follows.

“Wow I could never draw something as good as that”

“If you tried it couldn’t be that bad” he replied

“Alright I’ll show you” I said.

I took out a sheet of paper and drew something along the lines of what is above. I wrote the words “horrible drawing” on the paper and I proceeded to pass the paper to him.

As this is going on I see a teacher walking up to me. (This is a free period so it isn’t a lesson)

She looks at me in horror and then calls the office on the phone. 5 minutes later she tells me “pack your stuff up and go to the office, bring that paper too”.

I went to the office not knowing what was going on. After 5 minutes of sitting there in the office, the principal proceeds to come out and call me in to her office.

She asked “What did you draw here?”

“I drew a pinwheel, why, is there something wrong with it?” I replied.

She sighs in relief

Yes you read that right, a swastika. She believed that I drew a swastika in class, even though it went to the left and looked like above.

She then interrogated me for the next 20 minutes to see if I was a terrorist/nazi or whatever. Luckily, this principal knew I am a good person and just said “Don’t draw anything around her, she might get the wrong idea again”

I was left off with a warning, but I was kicked out of the class for drawing a pinwheel

How Many People Died Building the Great Wall of China?
Slow-Motion World For Small Animals
How Do Horses Travel to Olympics?
before vs after i eat