What Are The Most Clever Scams You Have Come Across?

I believe one of the most clever scams was perpetrated by Steve Comisar of Beverly Hills, California. He is currently serving time in Federal Prison for a separate fraud case.

Comisar would run ads in the national magazines offering a “Solar Powered Clothes Dryer” for only $49.95. His ads stated that the “Scientifically Proven Space Age Clothes Dryer” was guaranteed to work for five years provided there was adequate sunlight.

The devices were described as “Uses no batteries or electricity” with “Free Shipping”. The National Enquirer was a favorite publication for his ads.

Unsuspecting customers would purchase the clothes dryer only to receive a length of clothesline. 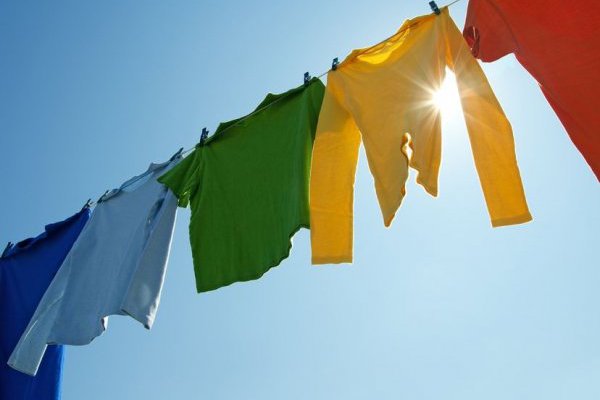 Back in the late 90′s, there was a guy sitting alone in the bar of a five star hotel in Phuket. He was on vacation from his job in Bangkok, having a beer, waiting for his girlfriend to meet him after she’d finished her shopping.

Also in the bar was a group of loud, arrogant and obnoxious western tourists getting drunk and bragging about who had the bigger sized wallet, salary and dick etc.

The guy on his own just wanted to have a quiet beer and relax, but couldn’t even concentrate on the newspaper because of the noise these other guys were making.

Another guest in the bar was a very well dressed business woman having a glass of wine, also on her own.

The group of guys started talking about, and betting each other at US$250 each who would be able to ‘charm her’ (!) and have his wicked way with her.

They’d actually put the money into a ‘pot’ when another guy walked into the bar, walked up to the lady who stood and kissed him, then they both paid her bill and left. He was obviously her husband.

The guy alone at the bar SMS’d his girlfriend and told her to do two things:

• Ignore him when she arrived, find a table and sit alone

Sure enough, she arrived, went and sat down, ordered her drink like normal.

The guy at the bar caught the attention of the group of guys, and suggested, ‘You should try your challenge with that beauty who just sat over there, she’s alone’!

Sure enough, the guys took the bait and the challenge was back on.

The guy at the bar approached the group, and asked in a fake shy and stuttering voice, ‘Can I join the bet’?

The group laughed, but agreed, and the guy put his US$250 into the pot making a total of US$1,750 up for grabs. The single guy made one rule: he said that as he wasn’t part of their group, the money should be left with the bartender for safekeeping. They agreed.

So, the bet was on. The guy who would impress this woman and walk out of the hotel with her taking her for dinner would be the one to collect all the money.

All seven stood, and walked over to the woman, asked if they could join her. Playing along, she agreed.

They were all spewing their bullshit about their jobs, how much they earned, how much their shoes cost etc. All, that is, except for the guy from the bar. He remained silent for around 10 minutes.

Finally, one of the idiots in the group started mocking the guy about his being so quiet and having zero personality.

Finally, the guy, again in a stuttering shy voice looked at the woman and asked, ‘May I know your name’?

The group rolled around laughing.

The guy then asked the lady a second question.

What is your favorite song?

But, this time, the woman replied.

Oh, I love We’ve Got Tonight by Kenny Rogers.

The guy excused himself to the group, stood up, walked over to the piano, and sat down.

He played the song while smiling and keeping constant eye contact with the woman.

When he finished the song, he walked over to the woman, and asked if he could pay for her drink, and if she would be so kind to accompany him for dinner. She gave a teary smile, agreed, and stood up.

The other guys were silent, jaws on the floor, while the single guy looked back and gave them a wink.

The guy from the bar said to the woman he had to pay for the drinks and she should wait for him by the elevators. Pay for the drinks he did, as well as collecting the group’s US$1,500 plus his original US$250.

Automatic smoking machine
What Do You SWEAR Happened, But Don’t Have Any Proof Of?
Has Anyone Got a Perfect Gaokao Score?
30 People Who Are So Good And Pure That We Don’t Deserve Them