Starting a charity that buys men in their 20s hand towels for their bathroom so u don't have to dry ur hands on their nasty body towels.

2.
We treat the Earth like we treat women. We don’t listen to it until a man says it’s true.
@aparnapkin

4.
starting a charity that buys men in their 20s hand towels for their bathroom so u don’t have to dry ur hands on their nasty body towels
@Lindzeta

5.
Third base is letting them see you without your eyebrows on
@H_Bevs

7.
Whenever a woman tweets about feminism. 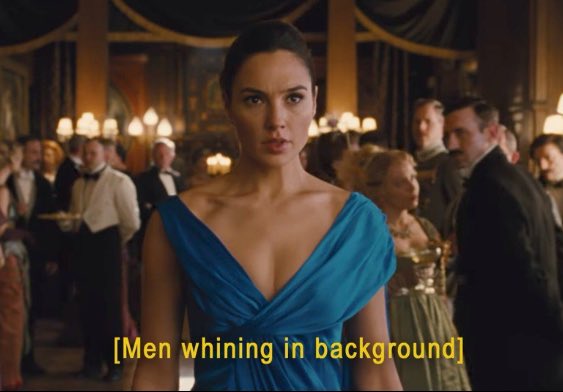 8.
“So You Were Trying to Be Polite But Now He Wants to Wear Your Skin As Pajamas: A Woman’s Guide to the Internet”
@ixix82

9.
God, imagine even contemplating sex in this weather. If a man came at me with anything other than a Solero, I think I’d cry.
@porridgebrain

10.
*at my funeral*
Friend crying over my casket: look they’re burying her in her favorite dress
Me, still dead: it haaasss pockets
@behindyourback

12.
I feel bad for women who say finding true love is the best experience in life. They’ve obviously never found their bra size on clearance.
@LurkAtHomeMom

13.
if a guy wants me to wear less makeup all he gotta do is ask and imma say no
@smnthataylor

14.
DID U KNO: women developed passive aggressiveness as a way to combat society’s aggressive passiveness toward treating them like equal humans
@aparnapkin

15.
every time a man in power dodges accountability for sex crimes, women become more and more afraid to exist
@TheDreamGhoul

16.
attention men: pls stop telling us you want to go down on us for “hours”. thats way too long. we have stuff to do. i’ve got a lasagne cookin
@imteddybless