36 Of The Funniest Australian Tweets Of 2017…So Far

But in the sheets? pic.twitter.com/YbKik4VWNI

My Dad though Russell Coight was real. Anytime I watched him, Dad would walk in and be like "Oh not that dickhead again, he knows NOTHING!"

teens in 1997: i made kate a mix tape with blur + radiohead i hope she likes it

teens in 2017: sex is classist and stalin did nothing wrong

my friend is in this fb group called "bad girls advice", its all extremely bogan women posting about how sweet "their hubbies" are. It rules pic.twitter.com/GBEwErYLaN

Adam, 26, gaslights u at every house party, asks how you learned about such good music halfway thru your DJ set, insists rollies are better pic.twitter.com/JDZldJnpLG

when you meet a mate's other mate & youre trying to gauge whether its ok to talk about shitting or you have to talk about stocks or whatever pic.twitter.com/6VvHO1PN3A

Sometimes living in Australia feels like getting cropped out of a photo.

I felt a great disturbance in the Force, as if millions of southern cross tatts suddenly cried out in terror, and were suddenly silenced pic.twitter.com/Wwdl7oFknd

Extremely disappointed @Qantas, you have risked the safety of everyone on board this aircraft for a photo shoot with a gargantuan macropod. pic.twitter.com/NheUEUQoPl

my top ten albums as a teen were; i couldnt afford to buy albums because all my money went on booze and weed and i just taped rage

justin bieber now looks like a Lifetime movie version of himself. a dark turn pic.twitter.com/zPsU5ztGFc

And they said that the gentle art of advertising copywriting was dead… pic.twitter.com/xNngR2jVgK

I am in country Australia and we have found a literal dat boi sculpture pic.twitter.com/ig9wqGwE7P

It's fine I swear pic.twitter.com/DCIAcDNsGp

others my age: siri find employment opportunities in my area

me: You there. boy. Tell me. How do you draw the cool S

when u don't want to pay for checked baggage pic.twitter.com/mvo5ciD5qm

i truly cannot wait for this pic.twitter.com/Z7InxoD1xi

No you bloody idiots, look at its legs pic.twitter.com/Rq4LHyvJzL

when y'all subtweet and I have to search for the full story pic.twitter.com/ax1LvQCGAI

In Sydney, there is a Heterosexual Pride parade every August, that's been going strong for over 40 years. It's called the "City to Surf"

aussie spice girls : 1 is called chicken salt spice, plus 4 others

Cop: u get to make one call

throwback to when I liked this girls fb status & my dad (who wasn't friends with her) commented on it pic.twitter.com/8EynYyUeDc

I enjoy this headline pic.twitter.com/NuKrzZM3Ze 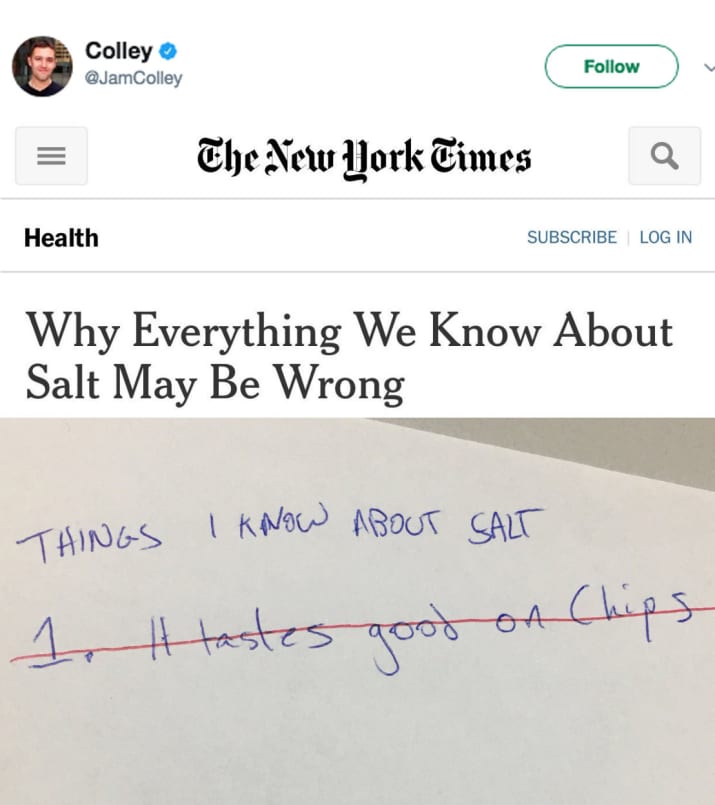 4 Things You Need to Know Right Now to Protect Yourself From The Flu
Largest Mass Migration in U.S. History
How Many Animal Extinctions Have Humans Caused?
Hairy Stockings Aimed at Deflecting Unwanted Male Attention