36 Genius Tweets From 2017 That Broke The 50k Retweet Barrier

These people weren't looking for numbers, but numbers found them anyway.

Good morning. Another day, another 5ft squirrel trying to break into my car. pic.twitter.com/8Er21o3wla

Some dude just called me a pussy for putting on sunscreen. Imagine thinking you're tougher than the sun? The fucking sun?

my sister is about to have a baby and my brother showed up to the hospital in a suit because "first impressions matter" pic.twitter.com/KtNV4mvnDU

Asked me mum if she could bring my charger down stairs, she replied "shout the dog" pic.twitter.com/BLQRzEEfwN

Why does this baby look more like Ed Sheeran than Ed Sheeran does? pic.twitter.com/3I50d7yQlh

[concert]
SINGER: hows everyone doin tonight
CROWD: woo
ME (from the back in a normal speaking voice): it's actually been a tough few months

"Tell your kids to stop kicking my seat.." pic.twitter.com/H1iNyn3BoZ

The floor is EU pic.twitter.com/EuGQc5GUaw

Lmao dude on Facebook said he been waiting 4 hours for the P to fall so he could sue Walmart pic.twitter.com/c6t6F91dnP

We just spent a hour looking for her. pic.twitter.com/x00nQNP4nS 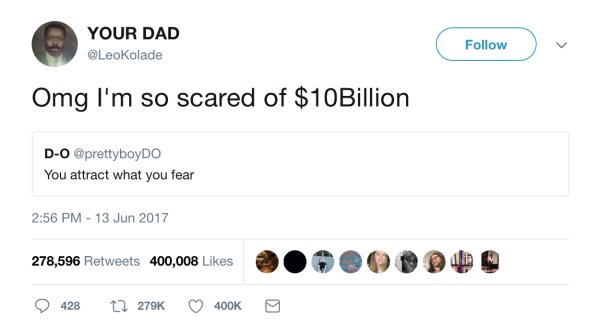 My favourite part of this is the caption saying the President (left)
pic.twitter.com/HS35BHV3WX

Not really how I imagined the second coming pic.twitter.com/dFQe1AlD5l

Felt cute in this pic might delete soon tho pic.twitter.com/lLjbWp4s4N

How long did this interview last? pic.twitter.com/fVbOmc7isG

SOMEONE TOOK THE TIME TO TRACE OUT THE DISNEY STARS' WAND IN THE AWKWARD COMMERICAL OUTTAKES I'M WHEEZING THE LIFE OUT OF MY WHOLE BEING pic.twitter.com/88eZ3LcLSN

when you walk back into the sesh after throwing up pic.twitter.com/xTXyxORyYc 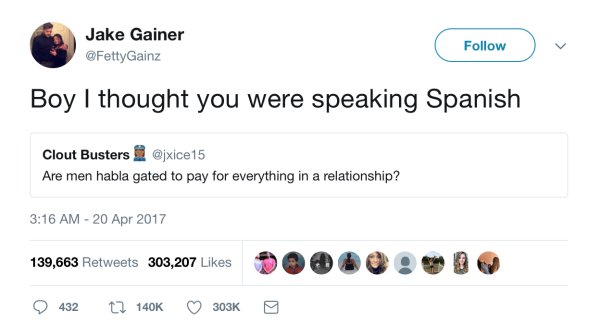 Why the fuck has my 15 year old cousin just put this on his sc story pic.twitter.com/QhcExA4vEu 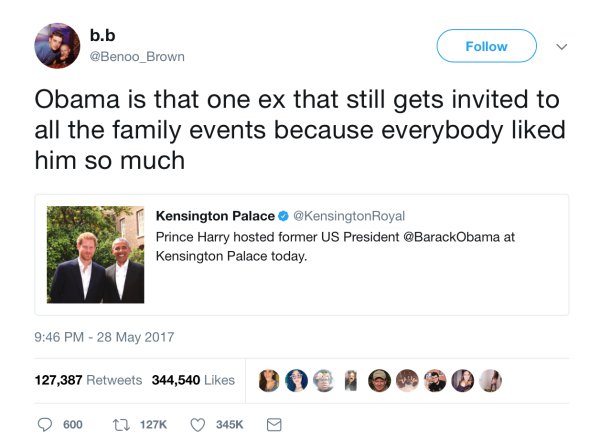 At least we tried #Prom2017 pic.twitter.com/7wtpuFKXw6

I was trying to hit the bucket of drinks and make them go all over my Mum for the intro of a video we're making but……… pic.twitter.com/f2K4rqtDTf

my flatmate has just peaked pic.twitter.com/ZInx8T0u1R

"Babe can you move over?"

"But I don't have mushroom" pic.twitter.com/MgdfEC01aR

???? is my hamster on crack pic.twitter.com/wVVMuk9fLI

I am not ok pic.twitter.com/bSHmucXE9K

I've never laughed so hard in my entire life pic.twitter.com/TuAV2xsDQM