Are you even British if you don't say 'let me come in your suitcase' when anyone you know is off on holiday?

Elliott's got a lasses number last night, rang it, and when it picked up it said "thank you for donating £5 to dogs trust"

She can move in any direction you know… pic.twitter.com/jN3dUJwZz7

I'm enjoying the irony of this looking like a gay wedding ceremony that neither set of parents entirely approve of.#DUPCoalition pic.twitter.com/Bvzj5cypOC

Courtney's wee brothers missing and her grans posted that oan Facebook , look at the state ae that reply pic.twitter.com/J4VpDC68pD

rt if you wish u had just £961 in ur bank account pic.twitter.com/wa36Tx2hYU

I replaced the characters in Guess Who? with 24 Norfolk County Council Conservative councillors pic.twitter.com/LcrWbvf6nf

Summer for me is about time with family . pic.twitter.com/dtft1CZoyl 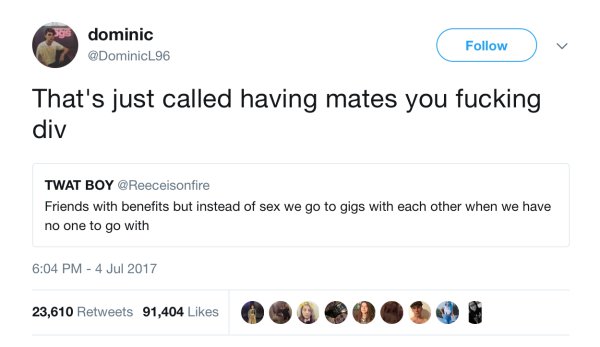 Someone just sent this to me on the tube pic.twitter.com/ihYTqmOF3f

Can we admire this blonde woman's attempt to split a minor moshpit up pic.twitter.com/IQK6Qnut4L 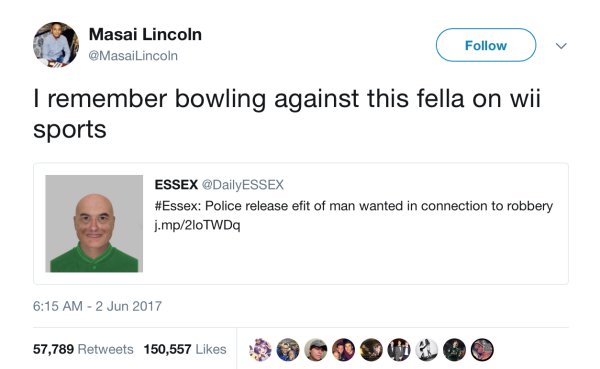 Lying on the beach in maga and a phone went off, boy behind me stood up and at the top of his voice went "guys I got a text' made my day

I'm begging of you please don't take my man pic.twitter.com/rFkRMFhdkl

Examiners fuck me off with how slow they collect papers, you've been stood there for 3 hours doing fuck all pal come on time to shine

My mum is deffo gonna disown me pic.twitter.com/b5o0QH239R

when you can't be bothered leaving your room to get some food pic.twitter.com/MxMlHPr7VP

Still don't know how I got away with a huge hip flask as my prom clutch pic.twitter.com/fYDJkA0MuC

CHANGING YOUR DUVET COVER
-remember to use your energy sparingly. It's a marathon, not a sprint
-make sure you stay hydrated
-don't panic 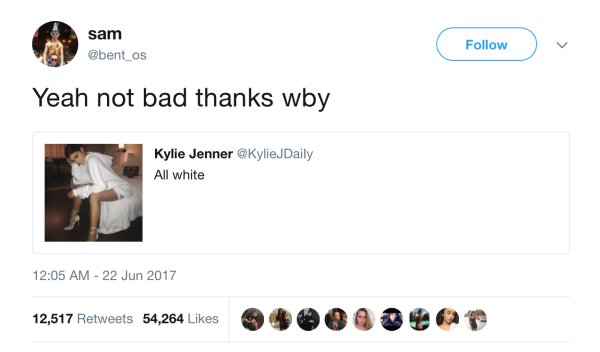