Dad : I think parrot green would be perfect for the view at front wall.

Mom : No way, we will get the room painted in light pink colour.

Argument gets more fierce but to no conclusion.

Mom to the seven year old kid, “which colour do you think we should get our room painted in? Now you decide.”

Mom : Child I thought you would be on my side.

Kid : Mom you are also dad’s choice and I love his choice more than yours : ) 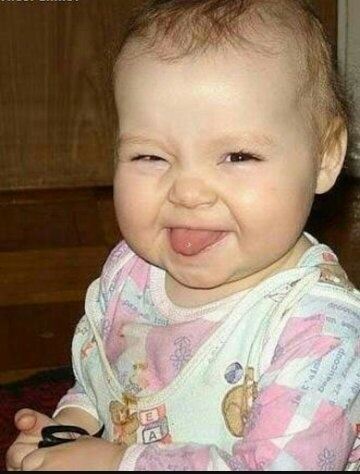 Son ( 7 years old) – “I want to become the best footballer in the world, like Messi.”

Dad- “ If you had to choose between joining the best football club in the world or stay with your family because they need you, what will you do?”

Son- “ If I am that good a footballer, I sure will get another chance to join a football club.”

A warm tight hug follows this.

When she was eight years old, my daughter lost a tooth.

“We’ll save it and put it under your pillow. The tooth fairy will take it and give you money.”

“Tooth fairy,” she said, incredulous. “There is no such thing as a tooth fairy.”

“You don’t believe in the tooth fairy?”

“No,” she said. “I don’t believe in any mythological creatures.”

That stopped me. “Really? What creatures are you talking about?”

“You don’t believe in any of them?” I asked.

She thought for a second, considering my question. “Nope, not a one. Ghosts, either.”

“Hmmm,” I said, thoroughly flummoxed. “Maybe talking to the Priest would help.”

“That would be a waste of time,” she said. And smiled.

I love to sing in private. My daughter (who was 6 at the time) doesn’t care for my singing.

Me: “Chloe, I’ll sing until my last day on Earth.”

Chloe (without any hesitation): “Maybe you should become an astronaut.”

One time I was mad at my husband because I thought he liked another woman, which he denied (I’m super possessive). My son, who was around 7 at the time, saw how upset I was and asked what happened. I couldn’t lie to him and told him I’m worried that Daddy likes another girl. My son thought about it for a few moments and said: “If he liked her, he would be with her right now. But he’s here.” And then proceeded to give me a hug.

It was so logical and clean, I didn’t know what to say. But I stopped being so jealous after that.

When my oldest son was five. We were in Walmart and a kid was screaming; “That’s not fair, that’s not fair”. My kid turned to me and says. “If you expect life to be fair, you are going to be sad most of the time.”

I am still impressed with that today.

Said this “ you only told me not to cry at little things.this is not going to change anything”

20+ Photos That Can Trick You Easier Than A Magician
24-String Bass Guitar
What Events Happened on October 28 in History?
15 Coffee Shops That Honestly Deserve A Standing Ovation