POC: *jokes about white people not seasoning their food and not having rhythm*
White people: pic.twitter.com/qTlfo95CIr

When you politely say hello to a Caucasian person and they give you this look pic.twitter.com/85Q1ATARes

White girl: "You're [ethnicity] but not [ethnicity-ethnicity]. Like, you'll [mild steretype] but you don't [severely racist stereotype]

white people eradicated entire populations for spices and yet the bay leaf remains a mystery pic.twitter.com/y9M9T0JzeW 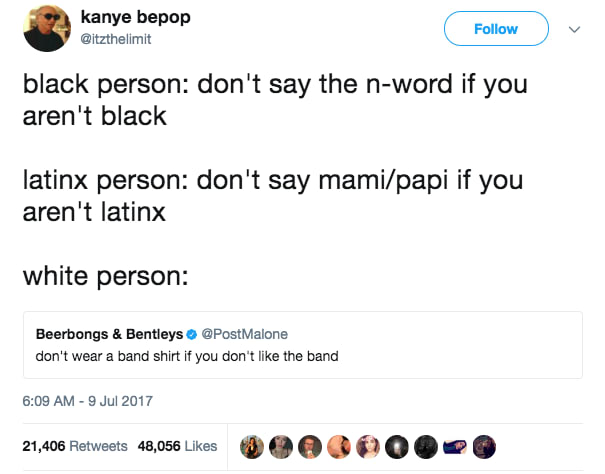 Any 2 white guys could walk up to me and say "we're The Chainsmokers" and I'd believe them.

how did this picture just tell me it wants to know everything about me and then stop talking to me after two weeks pic.twitter.com/fZyOXzkCGI

white people have no culture? explain this sweetie pic.twitter.com/DQV1YTGpaL

At what age are you responsible for your decisions if you're white? I'm asking for a friend. pic.twitter.com/k4fXxz3jrM 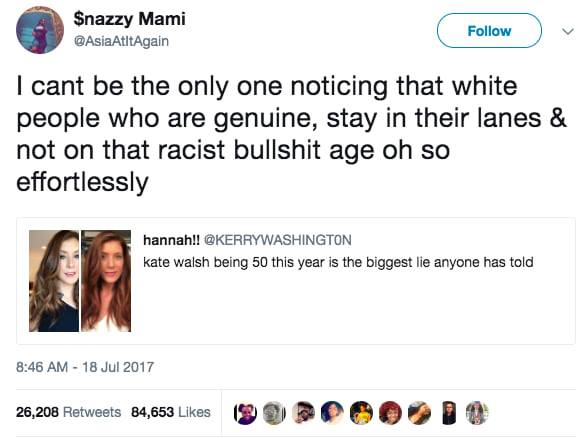 how did this picture just tell me to touch its butt and buy it pizza pic.twitter.com/Tozq27HyWi

Can you trust your mate to this extent pic.twitter.com/S1rim0I9bh 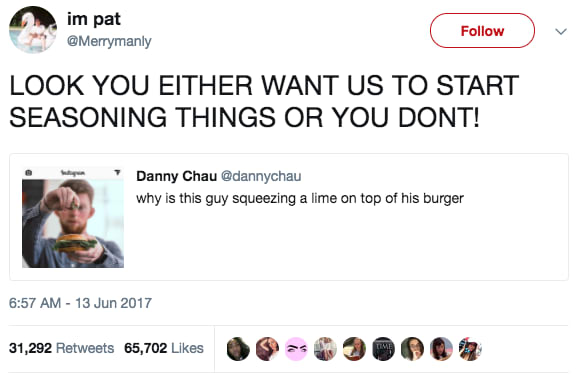 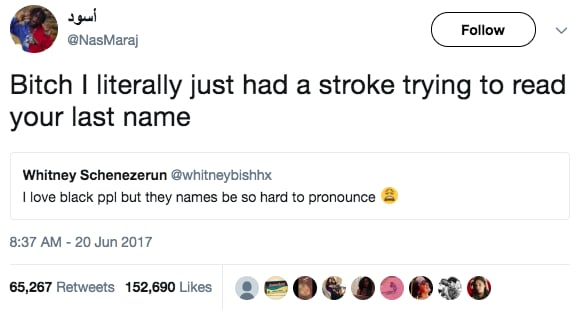 The media when a black man shoplifts bread to feed his daughter vs when a white man murders family and dissolves them in acid pic.twitter.com/M5IPDORe9A