Lost Any Respect For Someone Instantly

My son briefly dated a girl for about a week when he was around 17. The girl was 15.

My son briefly dated a girl for about a week when he was around 17. The girl was 15.

Her mom came to drop her daughter off at our house as I was going to take them somewhere, a movie or something, I think. 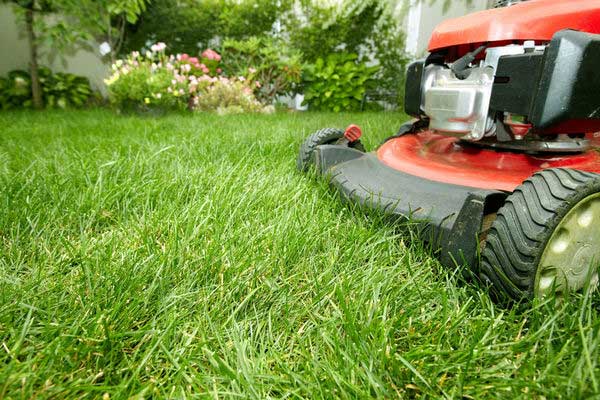 This was my first meeting with her mother. She proceeded to get out of the car and we started talking pleasantly. She then told me that she can tell ‘worthwhile’, ‘decent’ people by their vehicles and houses. If they don’t have any damage on their vehicles and their yards are pristine and perfect then they are good people. She was standing right behind my car, which had a large scratch across one back taillight and a little bit of damage on the body after I’d accidentally backed into our own mailbox two days after moving into our home. We were standing in my driveway and my yard wasn’t weeded, it needed bark, and the lawn needed to be cut. Instead of working on my yard, I’d spent most of that summer volunteering at my son’s school helping with the music program, which her daughter was also in, including spending every day at band camp feeding those students during breakfast, lunch, and dinner. She knew this too, and never volunteered to help.

Any shred of respect I had for this woman evaporated in that moment.

Their flirting lasted just a short while because her mother kept insulting my son, insisting he was not going anywhere in life and destined to be a loser with no job and that he probably just wanted her daughter for sex. She couldn’t have been farther off the mark. My son broke it off because the girl acted so immaturely, he couldn’t even bring himself to kiss her as he said it felt like dating his own younger sister due to her behavior. He also didn’t like her mother at all.

Cut to several years later and the mother caught her daughter and her then boyfriend in flagrante. She ended up getting pregnant as a teen and I think now has two children.

I dated a guy who was by all accounts “dreamy”. Tall, handsome, well-groomed, solid career, well-paid, never married, no children, commonly spoken favorably of, you name it. He opened doors, listened, bought me flowers “just because”, was proactive in planning our dates and did everything women complain most men don’t.

One evening we had planned to have dinner at 8pm at a restaurant I really liked in his neighborhood. Around 7:45pm he called to say that his sister had needed him to pick her son (his 8 year old nephew) up from afterschool at 6pm because something had come up at work. She’d told him she would be there around 7pm, but it was now approaching 7:45pm, and “he’s still here”. I remember the tone he said it in, and thinking it sounded oddly dismissive of a child, especially one’s own nephew.

I told him no big deal, and that I would head out over his way, thinking she probably wouldn’t be much longer. I pulled up to the restaurant a little after 8 and called to check if he was there yet. He said he was still home and I should just come upstairs and wait with him. Okay, I said. No big deal. I hadn’t met anyone in his family, so thought it would be interesting.

When I walked in, the child was sitting on the couch with his book bag laying next to his feet. He appeared to have been sitting there for some time, but stood up and greeted me very mannerly when I entered. I smiled broadly at him, and made small talk appropriate for an 8 yr old. He was strangely cautious, speaking low, and looking towards his uncle before most responses. Not uncommon for children to be raised to wait for adults permission to talk, so again, I didn’t dwell on it.

I asked what he’d done for homework, and he said “I have to do math, science…”. I asked, “ you haven’t done your homework yet?”, and he quietly said no. I looked over at my beau, but he said nothing. He came over and sat next to me, ignoring the topic and asking about my day. He apologized again about “this”, and went over to the fridge asking me if I wanted a snack or something to hold me until we could go. His kitchen was full of food; a left over 1/2 rotisserie chicken in the frig, cold cuts, breads, fruit, etc. He happened to step into the bedroom right when I asked the child if he’d eaten. He said no. I asked him if he was hungry and he nodded yes, again, cautiously. I jumped up and told him to follow me into the kitchen.

It then occurred to me he might have some allergies so I better check with my beau. I went to ask him, and after asking why I wanted to know, his tone became slightly contemptuous and he said “he can eat when he gets home.” I mentioned that it was after 8pm and the child was hungry and probably had not eaten since lunch time. I walked back into the kitchen and could see nervousness in the child’s face. I became unsettled. I asked him if he wanted a turkey sandwich and he nodded, saying “yes please”. My beau walked into the kitchen and I could see the child became tense. My beau said very harshly to him, “your mother can buy you something to eat on your way home”, and waved him back over to the couch.

Speechless. Disbelief. I was shaking. W.T.H.

My beau looked at me with an expression on his face that suggested he believed his behavior was warranted by his annoyance with his sister. There was a moment where I could see he assumed I sympathized with him. This was even more horrifying. How did I miss this part of him?

In that same moment, I instantly lost all attraction and interest in him.

I made the child and myself a sandwich, and sat with him while we ate. I asked if I could see his homework and we went over it together. He was so excited about this project on ocean conservation his class was working on. His mother arrived and apologized profusely. She seemed like she had a rough day and I tried to lighten her load by expressing how impressed I was with her son. He smiled and lit up at the sight of his mother and the whole time, my beau acted as if he was ‘uncle of the year’. I was disgusted to the point of nausea. I could not believe he would treat a child, and his own nephew at that, like that. All the merits of this man evaporated in an instant.

Left shortly after his sister & nephew did, cancelling our dinner date on the grounds that “I really should get to bed early” that night.

A couple days later told him my workload had exploded and I would be unavailable for some time, effectively un-beau-ing him. He kept calling and every time I saw his number pop up on my phone, I thought about that child.

Considered telling him that his conduct towards his 8 yr old nephew repelled me, but didn’t want to risk any backlash toward the child.