1. This passive-aggressive bird, who will totally say “nothing, I’m fine” if you ask what’s wrong.

When i'm in a bad mood and bored pic.twitter.com/ztxhfjZFct

2. This nosy neighbor, who probably complains to the landlord about how loud you are when you weren’t even home.

I couldn't figure out why he was looking up and then pic.twitter.com/uoB263dTyA

My friend's cat is out here trying to collect some insurance money. pic.twitter.com/rFzaXLiXgi 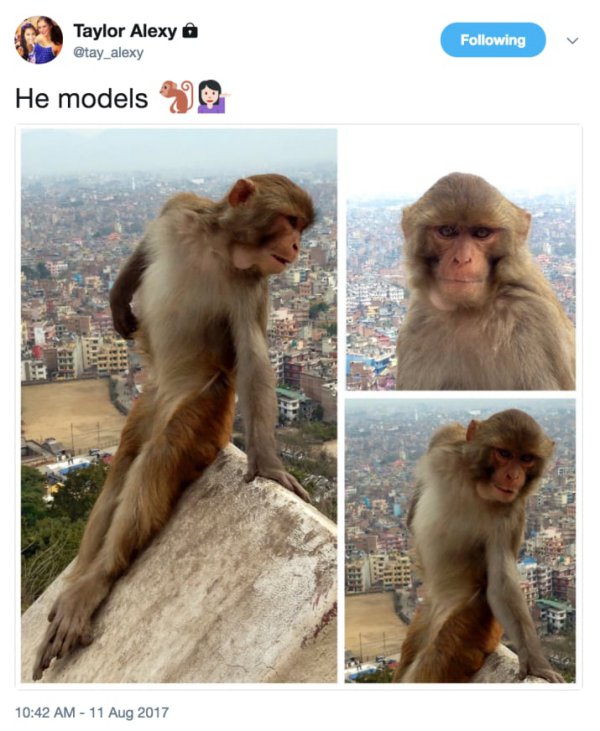 5. This kitty, who just LOVES to complain about her problems, but does absolutely nothing to solve them.

she's been screaming at these water droplets for 3 fucking minutes get out of the shower you tiny moron pic.twitter.com/rEw8V6SLCw

6. This dog, who always has to play the hero.

My favourite subset of internet video is dogs that think their owners are drowning and this one is gold pic.twitter.com/Yiv2MMZHFt

7. This feline, who can’t see anything rustic without trying to claim it for his own ~aesthetic~.

all hail the wheat king pic.twitter.com/z9T3927fhR

8. This cat, who doesn’t give a shit if you’ve been worried sick. 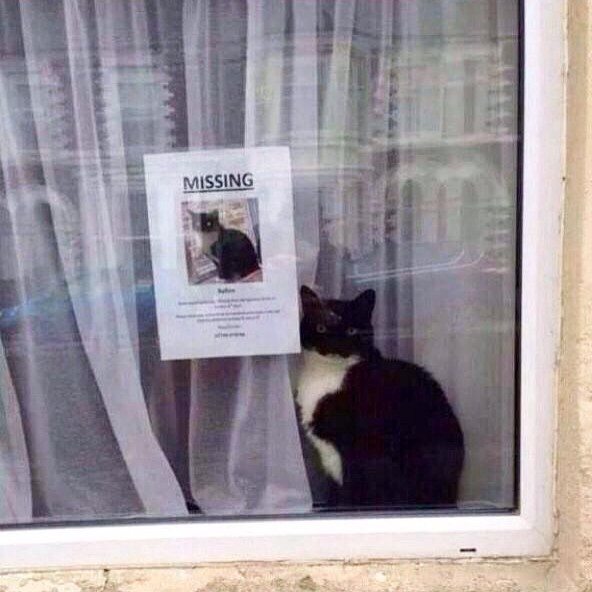 9. This doggo, who thinks anything and everything is for him.

My sister was so happy to eat her burger and then….
Make this go viral pic.twitter.com/ZH2BHrdB5i

10. This cow, who knows she’s not allowed on the couch but just breaks the rules anyway.

My cow thinks he's a dog… We left the door open for 5 minutes pic.twitter.com/Wj1OHygrAH

11. This pupper, who can’t just enjoy the pumpkin patch, nooooo, it has to turn into a whole thing.

I'M AT THIS PUMPKIN PATCH IN CULVER CITY AND THIS GUY IS TRULY HAVING A FULL ON PHOTOSHOOT WITH HIS DOG pic.twitter.com/JNXABZ7HaV

12. This cat, who you just know hangs around this wall all day, hoping people will recognize him.

His arrival was foretold in the ancient murals! pic.twitter.com/Vfb1ptTAQg

13. This clowder of cats who, give me a break, completely know how fucking creepy they’re acting.

"Go back to bed. This doesn't concern you." pic.twitter.com/53L15p5iXU

14. This kitten, who ignores your calls when you two have plans, and then later on is like, “Oh, sorry, I fell asleep.”

We just spent a hour looking for her. pic.twitter.com/x00nQNP4nS

15. This attention-seeker, who just assumes all the spotlights are to help highlight their importance.

it has been summoned pic.twitter.com/lzhRnZcrYu

16. These cats, who can’t over their thirst for revenge.

My cats keep pushing each other in my trash can pic.twitter.com/tmqFEubZCj

17. And these cats, who would rather feud and squabble than develop a healthy relationship with each other.

our cats had a fight and my parents are trying to make them resolve it lol pic.twitter.com/O7IHihmPo1

18. This cat, who definitely thinks you’re intimidated by the size of his hat and just stares you down when you’re both in line at the gas station.

why does this cat look like he's about to ask me about the holes in my jeans and then make a sexist joke pic.twitter.com/66XabFe0t6

19. And finally, this cow with no sense of personal boundaries, like goddamn relax and take a step back, Sharon.

A series of unfortunate events pic.twitter.com/cJhmJ4ku3f

What is a unique job that you’ve only seen in your country?
Mumbai Air for One Day During Diwali = 113 Cigarettes
25 Times The Internet Knew Exactly What It Was Like Being Single In 2019
Baby Born with Birth Defects Every 30 Seconds