Why My Cat Presents Me With Her New Born Kitties?

Congratulations! It means you’re part of her colony and she trusts you.

Contrary to popular myth, house cats are highly social and form complex colonies with close colony bonds. Cat colonies share labor, including the labor of raising kittens. Since she considers you part of her colony, she’s asking you to help her take care of her kittens.

Your cat is introducing her kittens to you, their new slave… She is instructing them how to treat their human, and the services their human will provide them.

Yes this is a little tongue in cheek…

More seriously, your cat thinks of you as part of her pride* (cats don’t do ‘herds’ or ‘packs’), and as a pride-mate, she expects you to help her out with child care. Apparently, it “takes a pride” to raise a kitten.

*technically a “clowder”, but cats watch the nature channel too, and have inflated egos and delusions of grandeur, so we say “clowder” of cats, they think “pride”… like lions.

Feral domestic cats live in colonies, where the queens help one another care for the young. Your cat may instinctively feel that she needs a bit of help watching the babies, and wants you to babysit for a while. She trusts you and considers you part of her colony.

When our cat Marussya gave birth to her first two kittens, she did it in hiding. However, very soon she brought the kittens to my mother. She did not know what to do with them and asked for help. The kittens miauled desperately and could not find the dugs.

In fact, the cat was just too furry. Mother trimmed the fur on her tummy and helped the kittens to the food. The problem was solved. Since that time, Marussya never went into hiding with her kids. 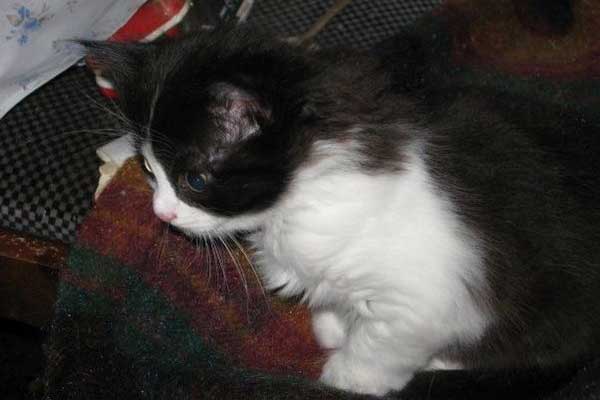 Image Credit: Alexey Tereshchenko
One of Marussya’s kittens at the age of three months

She’s negotiating. No matter what you thought your time was worth, she’s asking for a lower price. Like free. You’ve been selected as the babysitter of choice. Your pay: nothing. She would like to know if you accept her terms; if you don’t, there will be consequences.

She wants you to know them and recognize them as part of the family! She must really, really trust you.