Why Are Attractive Girls Usually From Wealthy Families?

Rich and successful men attract young and beautiful women to be their wives and to have children with. Those beautiful wives have beautiful kids, even if the guy is sometimes really ugly. The kids grow up and they continue to marry other rich successful men and they have kids that are even more beautiful then they continue to improve their looks over multiple generations. So, it has gotten to the point that in the US most girls from wealthy families are very attractive.

There are of course really attractive girls from poor families too, but they sometimes grow up to marry rich successful men and have beautiful kids in a wealthy family too.

The best phrase applicable for this question is

You were never ugly, you were poor.

Example Kim Kardashian. Before vs after 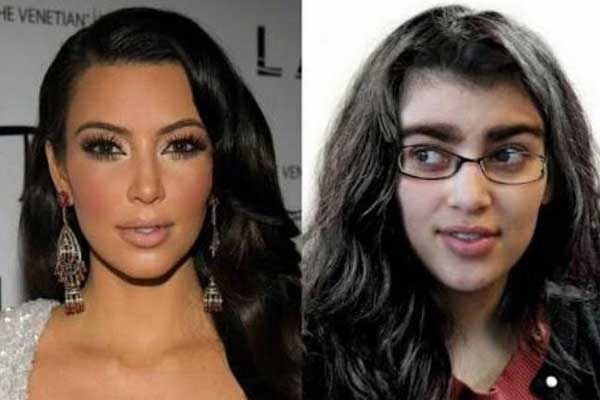 Rita and Lily are identical twins. However, they are born to a teen mom who is unable to properly care for them. They are separated at birth and each one is adopted and raised by a different family.

Rita grows up in a poor family. Her adoptive parents often have to work odd jobs to make ends meet. She grows up with dirt under her fingernails and oil in her hair when her parents can’t afford to pay the water bill. She is thin to the point of looking emaciated, because sometimes her only meal is the school lunch. Her hair grows freely—facial hair included.

Lily is raised comfortably in an upper-class family. She grows up with regular visits to local hair and nail salons. She has special tweezers to get rid of the odd hair or two, and she visits a local waxing place regularly to shape her eyebrows. It’s annoying, because it grows so fast. She eats a lot, and has nicely developed curves.

As teens, the two find each other online, and Rita convinces her parents to let her visit Lily for awhile. The discrepancy between them is immediately apparent when they first meet. Lily has been primped and pampered for all of her life, and it shows in her glowing skin and rosy cheeks. Her fingernails are carefully manicured, her hands dainty, her skin soft and pale. Her hair is perfectly styled and she is dressed in expensive clothing. Rita, meanwhile, is a bit filthy, her hair long and greasy, and she has something of a unibrow. There is dirt lodged under her fingernails, and her hands are calloused from days of hard physical labor when she needs to help her parents out so they can put food on the table. She has colored onto her skin in some places with permanent marker to hide the holes in her clothes, because they’re so worn.

Lily is pretty; Rita is not.

Lily is horrified by the state of her sister. We can’t be twins, she keeps repeating to herself.

Rita is envious of her sister’s beauty. I could look like that, she tells herself, if I’d had more money.

And so Lily scrapped together all of the funds she’d saved. She brought Rita back to her house, showered her, and fed her. She took her out to get her hair and nails cut. She waxed and plucked her sister’s eyebrows.

Rita stayed with Lily for a month. At the end of the month, no one could tell the difference between them. Same hair, same hands, same nails. Same designer clothes. Same weight—same figures. Rita finally discovered how beautiful she was under all of that grime and excess hair. When she came home, her parents were shocked and barely recognized her. She quickly went back to her former state—her hair grew out, and so did her nails. Her stock of tailored outfits was completely overused, and the articles of clothing were promptly worn to the point where they fell apart. The oil reappeared in her hair, and the dirt on her face and hands returned. She realized that beauty wasn’t just originally expensive—you had to keep paying for it.

Obviously, this is a very extreme example, but it is true in essence. The beauty you see in the women around you is not natural. They pay lots of money for the best shampoos and conditioners, for the most expensive razors, for constant and pricy waxing appointments, for high-priced hair and nail salons, for the finest clothing, for the top acne treatments. Beauty is pain, but beauty is also ridiculously expensive.

You can be beautiful, but you have to pay for it. And the more you pay, the better you can look.

18 Parents Who Will Make You Yell, “Their Kids Better Appreciate Them!!!”
14 People Who Did The Right Thing…And Then It Backfired
Humans Show More Empathy for Dogs Than People
20 Jokes That You’ll Need To Go To Confession For Laughing At