In 10th grade, a really disruptive student constantly clashed with our teacher.

Near the end of last year, there was a kid in my Physics class who brought in a 5 lb bag of gummy bears and bet anyone who wanted $5 that he could eat the whole bag by the end of the 50 minute class period.

About 10 people took the bet, and he began eating.

About 10 minutes from the end of class, there was about 1/10 of the bag remaining, and the kid was looking pretty bad. He kept groaning, looked a little pale, and was burping uncontrollably.

Suddenly, he clutched his stomach, and said, ”Uh oh.” He stood up abruptly and made a mad dash for the trash can, but about half of the way there, he puked.

And I mean puked. Projectile style. He was looking straight ahead, and the stream of filth probably went three feet forward. 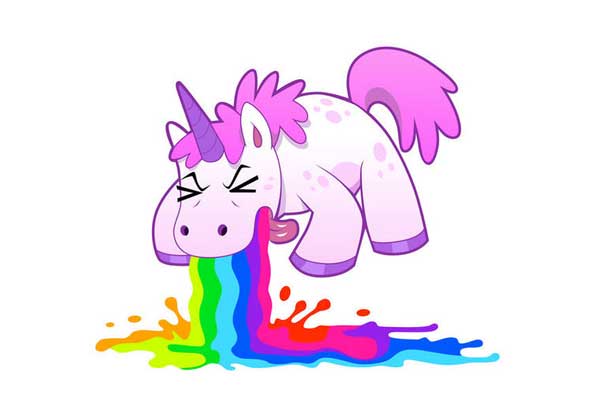 And there were tables in front of him, too. Most people only saw it happen, or got just a little splatter on them, but two girls got pretty well covered by the multicolored, semi-gelatinous stomach liquid that used to be gummy bears.

After spewing for a solid several seconds, the kid collapsed, and everybody watching was left with a feeling of nausea.

Our school doesn’t have a janitor, so after the kid got up, cleaned himself up in the bathroom, and assured everybody that he was okay, the teacher made him help him clean up the mess.

And because he didn’t finish the bag, he had to pay the losing bet.

In 10th grade, a really disruptive student constantly clashed with our teacher.

One day during a back and forth, she shouted at our teacher, “Why are you such a massive bitch?” in front of our entire class.

I could NOT believe how disrespectful it was.

She was immediately sent to detention. But I thought she deserved to be slapped.

Could you even imagine your parents getting that call? “Your child called the teacher a ‘massive bitch’ in front of the entire class today.”

I’d have been planning my own funeral.

How about the teacher who kept asking me what to repeat what I’d said when I was asking to go to the rest room for nausea until I threw up on her? She was a massive bitch so totally deserved it, She is dead now, so hopefully improved her personality somewhere along the line.