Here Are Some Facts That Only Rich People Know

Only rich people can know:

· What’s it like to get a holiday trip that covers 150 countries in 24 months for $1.5 million, where you can view all the 962 UNESCO heritages. 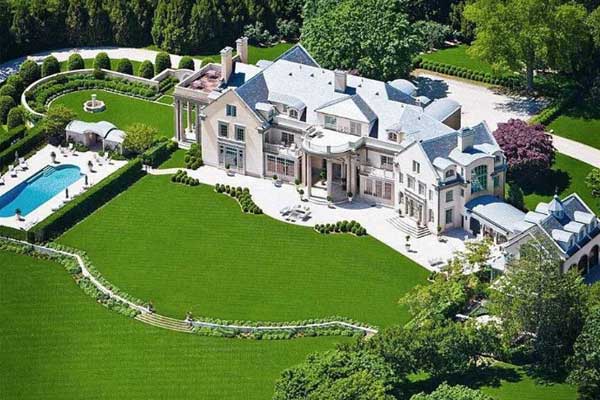 Anyway, if you ask about some sort of secret that the rich know, well – they have many personal secrets

The secret of some rich people is the very fact that they are rich – nobody knows that except them, as they may keep the money in hidden off-shores and the public can’t find it out.

Other secret of some rich persons is that their attributed net worth figure on Forbes or other source is far from reality – the billionaire’s actual worth is also a secret.

Other secret of some rich ones is how much wealth they hide from taxes.

So, maybe some of them hold secret knowledge of how to avoid taxes and so on.

In reality, rich persons became successful not because of their secret knowledge, but because of their connections, market conditions, implemented ideas that interfered with the demand, luck, and so on. When Kenny Troutt, a billionaire, was asked – How much of your success do you attribute to sheer luck? – he answered: 95%

Studies has shown that those who have been grown in wealthy families have much higher predisposition to become wealthy.

In addition, you need a totally different mentality in order to become rich – it’s not about knowing a secret.

· Everything expensive is overrated.

· Life gets boring too quickly if you are not immersed in your work even though you can retire anytime you want.

· Massive wealth can only be created by proactive aggregators. Think of them like gravity sources. Things like uber, distribution networks and investment banking networks. You need sustainable attractors held by the network nodes not by you. Let others fetch the money for you and make it in their best interest to do so.

· You can make people work for your money and your money work for you. You can take a loan on your assets (cash or lands or stocks), then invest in companies and let them pay for the loan. Then, take more loans on your new assets (the companies or stocks or real estate) you acquired, and buy more. Repeat and diversify. A network of passive aggregators. Those in this level own people you see on Forbes. Don’t bother trying this, you don’t have the capital or the influence in the banking industry.

· You think people on Forbes are the richest in the world. Think again.

· Or can be that bank’s liquidity provider to finance passive aggregators.

· Or can be the financial markets’ liquidity provider. Gaining from every transaction.

· You will be an influential power house. So you need to learn proper economics to know how to use your influence and not to offend others.

· You don’t keep money in the bank. You give it to people in circulation. You rent it and it will come back with more. Your job is to keep sending it out as soon as it comes in.

The above examples are so competitive and exclusive, they require power and deep influence. When you are rich (I don’t mean Forbes cute rich, or warlords or drug dealers rich.) you become a central node in a massive network. You don’t overtake other central nodes. You complement them and add another dimension with your own financial product. Why? This is last fact I will share.

· Money supply will never stop as long as it’s valuable. You are paid your salary to keep it valuable for the rich.

What is the Actual Size of a Honey Bee?
What Does Kennedy Mean?
The Most Polluted Place on Earth
Insidious – Face of Fire