What Are Some Weird Things You Do When No One’s Watching?

When I was single for a long time I would french kiss the back of my hand.

Chant in Japanese and also imitate different voices I heard in Japan.

Dance and sing in the kitchen. Best place to spin around and acoustically great for singing.

I’m actually doing it now. I don’t think it’s weird, but the rest of my family calls me a weirdo when I do it:

Sit alone in the dark, in the room that faces the street, and watch cars and people go by. I like being in the dark like this, because it makes the windows seem like televisions. The show is boring to most people, but I like it: people-watching. When they walk in front of my house, they’re about 15 feet away from me. I can see them, but they can’t see me.

Well, they might see the Apple logo on my laptop, if I have it open like I do now. But other than that, this room appears black and unoccupied from the outside.

If I were a woman and in a high-rise, it’d look like this from the inside: 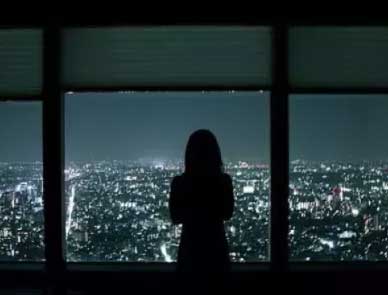 This isn’t some new thing for me either. I’ve been doing this for as long as I can remember. I like watching people when they don’t know I’m watching.

Ok. That sounded creepy. I mean I like watching people in public, doing normal things people do in public, without them being able to see me.

So a lot of you are commenting that you do the same thing, which makes me feel better. I forgot to mention two things:

1. Usually I’m listening to classical music when I do this. We just have the classical music station playing all the time in our reading room (which is the room that faces the street). It feels like our own little bookstore in there. But the music also makes people-watching through the window seem more like a movie with a soundtrack.

2. My college dorm was on the fourth floor and had a view of half of the campus. That was always fun… watching everyone coming and going at night, which I sat alone in my dark room. Maybe I shouldn’t admit to that. :) It was enjoyable for me at least. Very peaceful.

So, in no particular order, when alone (or with close friends who already know I’m weird) I sometimes:

· Howl. I do this a lot actually, particularly when I hear a dog or wolf howling on the tv.

· Practice sword fighting against imaginary opponents. In my mind I can take down 3 ninjas at once using nothing more than a small dagger.

· Blend together all sorts of stuff with milk. I love my blender. Quick FYI, almonds make every smoothie better. Chocolate doesn’t blend very well, neither do cornflakes.

· Sing dramatic duets… by myself… I can’t sing

· Wear whatever the hell I want: 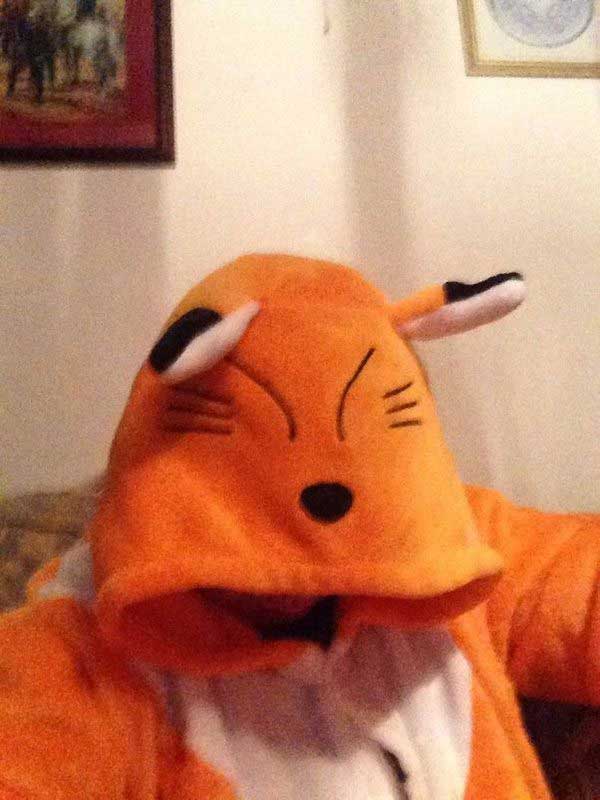 Me in my new fox onesie / Image Credit: Jake Williams